The Next Future: Money in Both Doom and Boom 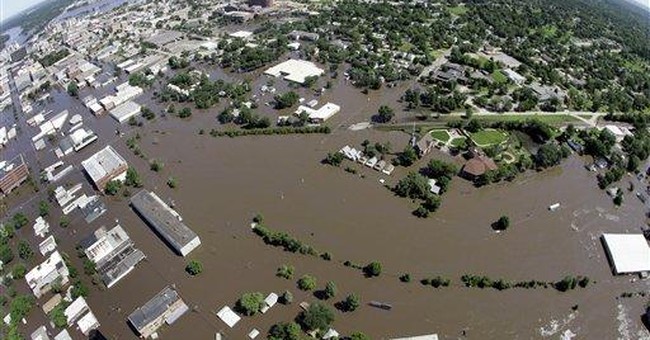 In Roman mythology, Janus was the god of endings and beginnings. The god --his namesake is the month of January -- had two faces, one figuratively looking toward the past, one to the future.

Unless you happen to write popular histories or own a chunk of The History Channel, you won't make much money on the past.

The future, however, is another matter. The future is big business.

Bright, positive futures ("bloom and boom futures") are a tougher sell than doom, unless you're in the cosmetic business and can eliminate wrinkles in six weeks. Fad diets and a host of other slick promotions ranging from quick self-improvement programs to messianic presidential campaigns work the same niche -- playing on hopes, promising change.

Everyone, however, is in the future business. Whether deliberate, improvised or utterly impulsive, everyone has plans -- and plans anticipate future conditions and future developments. Individual and organizational planning "time horizons" may vary widely. The 5-year-old wants his chocolate bar right now. When a football team's offensive unit heads for the line of scrimmage, the future time horizon for the play called in the huddle is roughly 20 seconds -- the time it takes to execute the play and determine the result. In the late 1970s, China began an economic modernization program that arguably has a five-decade time horizon.

Current conditions and past performance certainly inform economic decisions, but investment and its alter-ego, divestment, are fundamentally driven by assessments of the future.

Defense departments rely on secret and open-source data and intelligence analysis to estimate a variety of futures, like the effectiveness of technologies and potential (future) threats.

Historical examples abound. The Chinese invested in a Great Wall to thwart anticipated barbarian assaults. Machiavelli devoted the better part of a chapter in "The Prince" to an ancient general who spent his free time asking his lieutenants "what if" questions about potential enemy actions. The general was exploring "alternative futures," an exercise that challenged his lieutenants' imaginations. Creative solutions to imaginary conditions would become the basis of real world operations if the "real future" became a desperate present with conditions resembling the general's "what ifs."

Disneyland's Tomorrowland, however, serves as an entertaining example of the limits of prognostication. Tomorrowland (a 1950-ish dream of the future) is now quaintly dated, its freeways and rockets entertaining fossil futures. Disney's spiffy techno-bliss, however, proved to be more correct than Paul Ehrlich's moneymaking and utterly hysteric doom scenarios (e.g., 1968's "The Population Bomb") that predicted mass starvation by the 1980s.

Economics, security concerns, hope for boom, fear of doom -- these drive the industry now called "future studies" run by "futurists." Future studies programs attempt to identify and analyze key trends and, from those analyses, anticipate crises. It's a 21st century version of Machiavelli's general posing "what ifs." The idea is to craft better policy. Intelligence, diplomatic, financial and security capabilities, if timely applied, may resolve or mitigate the problems.

Why of course, the critic sneers, it's irrefutable: The future will occur in all of those areas. That criticism, however, is a bit unfair. The JFC study says trend analysis is "fragile," but it serves very serious purposes. For example, jumbo jets linking New Guinea and Paris have made the threat of rapidly spreading epidemics too immediate. Recognizing that connection between globalization and pandemic, and thinking about how to mitigate the threat, is quite useful. The critic, of course, points out that we already recognize the problem.

The future's devil, however, is in the details -- and it is those surprising and unanticipated details, often "unknown unknowns," that are the real test of social, political and technological creativity.