Love and Fidelity on Campus 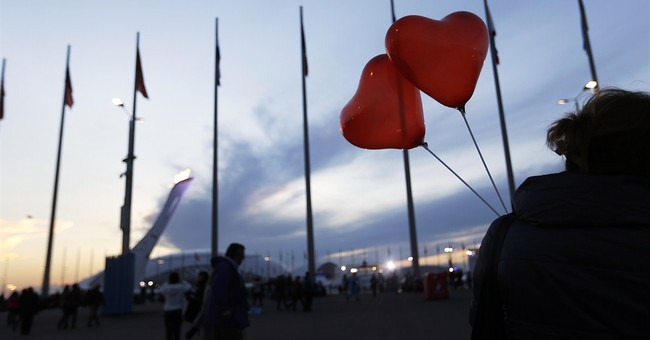 I’ll never forget an article by Hannah Rosin, author of the book The End of Men, titled “Boys on the Side.” The article, which was simultaneously depressing and unintentionally comical, described the state of relationships and gender dynamics on college campuses.

She began by focusing on a typical couple: “The porn pic being passed around on the students’ cellphones at an Ivy League business-­school party last fall was more prank than smut…One of the women had already seen the photo five times before her boyfriend showed it to her, so she just moved her pitcher of beer in front of his phone and kept on talking. He’d already suggested twice that night that they go to a strip club, and when their mutual friend asked if the two of them were getting married, he gave the friend the finger and made sure his girlfriend could see it, so she wouldn’t get any ideas about a forthcoming ring.”

(I know: talk about a charming guy! Where did Rosin’s interviewee find this winner?)

And yet there’s a prudish fear of relationships, intimacy, and falling in love. The men and women she interviewed had a borderline antagonistic view of each other. They all insisted they love sex acts of all kinds with multiple partners, but would never do something as stupid as fall in love with one of them.

While the article celebrated this culture as “an engine of female progress,” I couldn’t help feeling disgusted. The students came across as incredibly superficial, callous, and self-absorbed. If they’re typical, is it any surprise that a group of students at Yale published a public letter declaring that “hookup culture is fertile ground for acts of sexual selfishness, in­sensitivity, cruelty and malice”?

Luckily, the Love and Fidelity Network celebrated Valentine’s Day by encouraging students to think about the importance of love, not just sex.

LFN, which describes its goal as “building the next generation of leaders for marriage, family, and sexual integrity,” called their Valentine’s Day campaign “#love: make yours a story, not a tweet.” They chose this title because “the hook-up variety of relationship often looks more like a tweet than like a love story—fleeting, impersonal, superficial, even gossipy.”

“For too many students, Valentine’s Day on campus means being bombarded with messages that promote commitment-free hookups and distort the true meaning of human sexuality,” said Caitlin Seery, Director of the Love and Fidelity Network. “Sex Week and condom giveaways are common features of mid-February campus programming, and we think students deserve better than that.” (It’s so bad that students at several schools send “condomgrams” to each other in lieu of flowers or cards. The modern campus is so sex-obsessed, it’s is the only place in the world where sending someone a condom is considered Not Creepy.)

Students at nearly 25 participated in LFN’s campaign. Activities included speeches on the sexual climate as it relate to larger issues, including mental health (The University of Pittsburgh hosted Dr. Freda Bush, author of Hooked, a book about the impact of hooking up on the mental development of young adults) and human rights (William & Mary hosted “A Tangled Web: The Connections Between Pornography and Sex Trafficking,” a lecture by Mary Rose Somarriba). All were intended to “promote healthy dating and relationship attitudes that respect the integrity of sex and offer a more meaningful vision of love and relationships,” according to Seery.

While the campaign had nowhere near the amount of administrative support—and corporate money—that has been poured into massive events like Yale’s “Sex Week,” it’s a step in the right direction. After all, researchers have found that many college students do want relationships, even if they pretend otherwise. About 66 percent of women and 58 percent of men say they wanted their most recent hookup to turn into something more.

“This year’s theme highlights the rich and unique nature of authentic love, something that is missing from casual encounters,” said Seery. “We are excited to promote efforts that will spark dialogue and inspire students to think more deeply about what it means to write their own story.”

For more information about this promising college group, visit loveandfidelity.org.