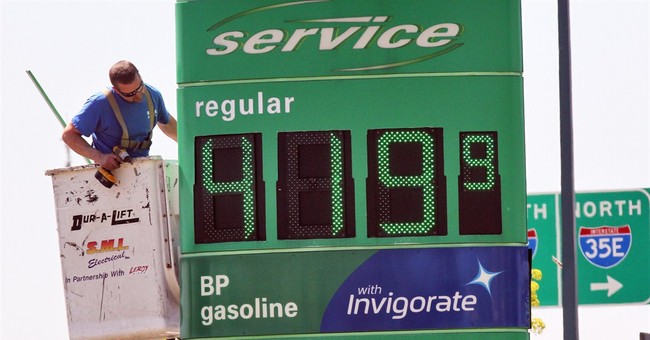 The trouble with some people, said the late Ronald Reagan, is not that they’re ignorant. It’s just that they know so much that isn’t so.

In 1990, Michael Moore released his documentary Roger and Me, in which he futilely pursued Roger Smith, the chairman of General Motors. Moore wanted to ask Smith why he closed the GM plant in Flint, Michigan, ushering in devastation and decline.

“It is a kind of David and Goliath revenge story, in which a modest, plain-speaking nobody triumphs morally over an evil corporate giant,” said The New York Times. Roger and Me was what journalists call “a story too good to check.” After all, it was the ‘80s, and GM was the greedy corporation everyone loved to hate.

But those days are long gone. After decades of attacks in the media, GM is on life support—in part because this supposedly evil entity is so generous to its retired employees. The corporate whipping boy du jour is BP.

BP is seeking approval to expand its refinery in Oregon, Ohio, just west of Toledo, which it jointly owns with Husky Energy. The Toledo Blade, the only major newspaper in town, has offered up one-sided coverage of the project.

The editorial staff used the 2010 oil spill in the Gulf of Mexico to imply that BP is a bad corporate citizen, one that will take risks with workers’ health and safety at the Oregon refinery—and wreck the environment as well. The citizen activist group Occupy Toledo made vague accusations that the refinery is “dirty” and dangerous.

“BP has shown utter disregard for safety with its poor record of safety equipment that resulted in loss of life in Texas City, Texas, and the Deepwater Horizon in the Gulf, resulting in the worst environmental disaster in U.S. history,” activist Keith Sadler told Toledo News Now. “They have continued the same pattern here.”

Have they? To find out, I met with the Toledo Boilermakers at their union headquarters—and they offered a very different picture of BP-Husky than Occupy Toledo.

“The anti-BP groups sound like Chicken Little,” said boilermaker Paul McGrew. He said opposition to the refinery expansion is rooted in anti-corporate bias. “It’s a transgression that they’re making money.” On the other hand, “[BP] also offers a very good living wage.”

Isn’t that what Occupy Toledo, an offshoot of Occupy Wall Street, says it wants for workers?

All of the Boilermakers I spoke with preferred working at the BP-Husky refinery over other refineries, in part because their safety standards are so high.

“With BP, safety is always at the forefront,” said Jaramie Hilliard. “It’s almost in-your-face. If something gets spilled, they’re all over that. Occupy Toledo isn’t even knowledgeable about what goes on at the refinery. They rely on a lack of knowledge.”

Is BP perfect? No, of course not. The oil spill in the Gulf was a disaster of epic proportions. (To date, they’ve also spent more than $14 billion cleaning it up.) But the Oregon refinery’s safety record is impeccable: employees are approaching 10 million hours worked without a lost-time injury. Safety at the refinery broke records in 2011 and reached its best ever in 2012.

I contacted Occupy Toledo—a group that has loudly opposed BP—to get their perspective on the refinery expansion. What are their main objections?

Besides claiming that the expansion would provide a “minimal” number of jobs and create pollution, an Occupy Toledo activist told me, “BP is a corporation and as a corporation it exists to maximize profits for its shareholders in order to do this all questions of ethics and morals are pushed to the side…we do not believe that they have ethics or morals.”

Groups like Occupy Toledo may sincerely believe such things, but believing doesn’t make it so. This is a conflict of knee-jerk, anti-corporate emotionalism versus the interests of blue-collar workers.