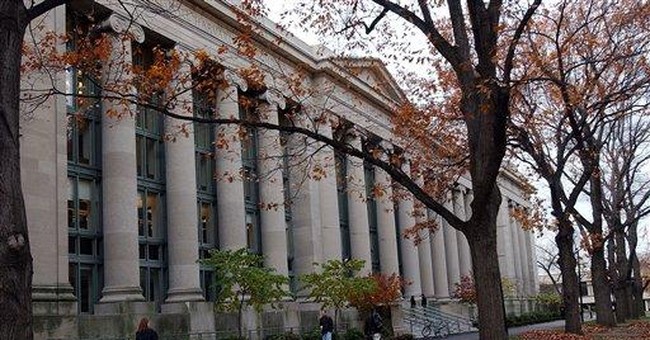 Last week, when I wrote about the pornification of American college campuses, many readers expressed their loss of hope in the current generation of students, as well as the administrators who encourage such a debased culture.

But Harden also mentions a decidedly different event that took place at Sex Week: a talk called “A Philosophical Defense of the Sexual Counterrevolution,” sponsored by Yale’s Anscombe Society.

“During my freshman orientation program, I was required to attend a presentation called ‘Sex Signals,’ which aims at informing students about sexual assault,” says Luciana Milano, a member of Harvard’s Anscombe Society. “However, the crude and offensive presentation gave me a taste of a broader message, one which completely ignores the moral dimension of human sexuality.”

“Through their sexual health programming, course reading lists, and administrative policies, many of today’s colleges and universities reinforce the attitude that anything goes in matters of sex so long as it is consensual,” says Caitlin Seery of the Love and Fidelity Network, an umbrella organization that supports Anscombe. “Conversation surrounding sex on college campuses is therefore often one-sided, making it difficult for those who believe and live otherwise.”

Really, Yale? How much wimpier can you get?

It’s clear to me that the young members of the Anscombe Society have more wisdom, more values, and more guts than their elders. These students deserve our support for standing up to the pornified powers that be on their campuses.

FBI Had Rat Near Trump That Led to Mar-A-Lago Raid
Townhall
Here's how the rule of law applied to a former FBI lawyer who pleaded guilty to forgery
Twitchy
REPORT: FBI 'Informant' Behind Trump Raid, Was Someone in His Orbit
Redstate
Donald Trump Punches Back With 'Witch Hunt' Videos and a Huge Announcement
PJ Media