The True Biblical Response to Illegal Immigration and DREAMers

Arthur Schaper
|
Posted: Feb 11, 2018 12:01 AM
Share   Tweet
The opinions expressed by columnists are their own and do not necessarily represent the views of Townhall.com. 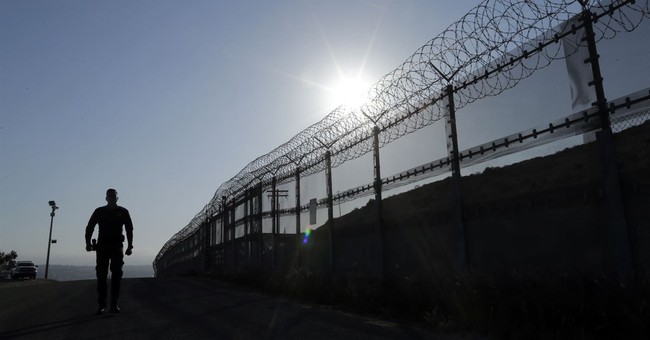 My Congressman Ted Lieu (D-Torrance) hosted another error-ridden town hall in Hermosa Beach last week. On immigration, he claimed to support two parts of President Trump’s proposed(?) plan: granting legal status to 1.8 million young illegals; and enhancing border security (although Lieu called the border wall “stupid”). He differed on ending chain migration and the diversity lottery. He quoted the Bible in his defense: “For I was hungry and you gave me something to eat, I was thirsty and you gave me something to drink, I was a stranger and you invited me in.” (Matthew 25:35).

My response: “Then take them into your home!” Amnesty advocates preach their open-border morality, but don’t live up to it. Moreover, Jesus’ statement is directed toward individuals who welcomed strangers into their own homes voluntarily. Any form of amnesty imposed by our government is not voluntary.

My consternation with these Biblical arguments has grown since reading this article in the Christian Post, when evangelical leaders, many of whom I respect, pressured Congress to pass some kind of DREAM Act. Pastor Samuel Rodriguez of Sacramento, CA stated in a January press conference: "The wall is a physical object created by man. 800,000 human beings created in the image of God by God.” Walls are Biblical, affirmed by God in Scripture. In fact, God commands the construction of walls around Jerusalem both the Old (Nehemiah 1:1-7:3) and the New (Isaiah 54: 12; Ezekiel 42:20).

In another letter to Congress, Evangelical leaders wrote: "Roughly 700,000 young people are poised to lose their right to work lawfully in the U.S., not to mention their dreams of a future in this country—the country they were brought to as children, without choice.” First of all, this country is not responsible for their parents’ crimes, which have harmed their children. Children should not be punished for the sins of their parents (cf. Jeremiah 31:29), but natural consequences remain. A mother breaks into my home, steals my car, and her children use the ill-gotten gains for good. I am still entitled to restoration of my property (Exodus 22). Illegal aliens are stealing this country’s space, resources, and wealth.

In response to these pro-enforcement arguments, preachers cite The New Covenant (Hebrews 8:10-012), which asserts that we are no longer under law, but under grace. However, grace is not arbitrary. Jesus died on a Cross for the sins of the world, the just for the unjust (1 John 2:2; 1 Peter 3:18). A payment must be rendered. Why should law-abiding citizens pay for lawbreakers?

If Christian leaders want to preach accurately on immigration, they should first acknowledge a few things:

Instead of championing amnesty, Christian leaders should reference the ideal immigrant: Ruth the Moabite. Unlike the 11 to 16 million illegal aliens in our country, per official tallies, Ruth did not break into her adoptive nation of Israel. She had a sponsor, her mother-in-law Naomi. There were other factors which Ruth obeyed, too (Ruth 1:16-17):

At the very least, politicians and pastors should stop shaming the public by misusing Scripture. Christians should have a ready defense when amnesty advocates distort Scripture for selfish political ends. Every country has a right to strong borders, safe citizens, and a secured sovereignty. These are not un-Christian expectations in the slightest.