California's US Senate Race Dies Down

Arthur Schaper
|
Posted: Jun 07, 2016 9:50 AM
Share   Tweet
The opinions expressed by columnists are their own and do not necessarily represent the views of Townhall.com. 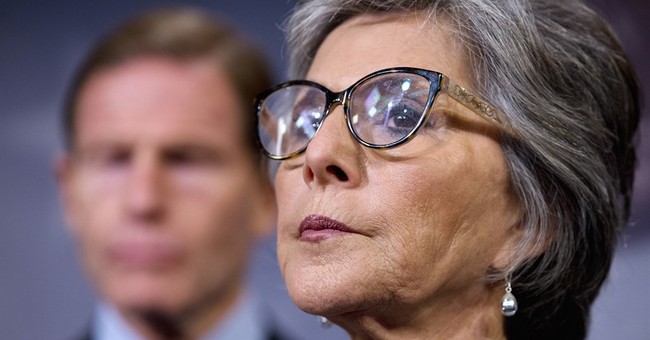 After 24 years, California has an open US Senate seat.

Barbara “I can stand up to bullies!” Boxer finally got the message—no one wants her or likes her—and she announced her retirement.

Excitement ensued for policy wonks like me. I had hoped that a number of high-profile (even Establishment leaning) Republicans would leap at the chance to replace her.

I hoped and prayed for a year. Even though the June primary has finally arrived, a conservative’s hopes for a decent, competitive US Senate race have dissipated. The race for US Senate has slowed down.

Yes, you read the headline correctly.

I have been chomping at the bit about this race since last January.

I wanted Stanford Professor, former National Security Advisor, and then Secretary of State Condoleeza Rice to run. She turned it down.

Darrell Issa? He’s rich, well-connected. He knows party leaders in Washington as well as California. Surely he could finance a decent campaign. Nope.

Dana Rohrabacher or Tom McClintock? They would be great choices, based on their ideological bent and commitment to conservative principles.

But … no. They declined to throw their hats into the ring. Really, can you blame then? Orange County and the Northeast quadrant of the state of California should be their own, ruby-red states. Then those two could launch a competitive—and successful—bid for the upper chamber in Washington.

As it stands, California is a massive red state in the middle (I just got off the phone with a state assemblyman from the Fresno area more conservative than I could ever hope to be).

California is a tough state to campaign in, even if you are a liberal Democrat with no regard for the rule of law or the balance of security and liberty, which has become so casually tossed aside. Thirty-eight million residents (not including the accommodated illegal alien population)

What about San Diego Mayor Kevin Faulconer? No way. He’s not even interested in running for governor. He’s on track for re-election in San Diego, though.

How times and opportunities have changed (for the worse) in California. Twenty years ago, the Republican Mayor of San Diego ran for US Senate and then for Governor. That was Pete Wilson. Despite his weak stance on life (he’s pro-choice), he stood strong on immigration. He championed Prop 187, to cut off all taxpayer subsidies to illegal aliens. So did a strong majority of the state.

Sorry, naysayers, but that measure was not anti-immigrant. It was anti-illegal immigration. The rule of law matters. After watching anti-Trump protests turn violent and vicious, Republicans need to take up that law and order mantle again—now.

But resting on your wilting laurels cannot ensure success. In 1996, Republicans lost their majorities in Sacramento, and a few seats in Congress, including conservative proto-Tea Party radical Robert “B-1 Bob” Dornan, to a little-known GOP-turned Dem Latina named …. Loretta Sanchez.

Republicans have steadily lost ground since then, with no sign of reconciling the family conservatives with the diminishing number of working-class Californians who just want to love life and see good days. Election 2016 offers two former California GOP chairmen (Duf Sundheim and Tom Del Beccaro), plus others, like eccentric millionaire Ron “Raise the Minimum Wage” Unz and chanceless third-party candidates. My absentee ballot came with a warning label: 34 candidates, one vote, that’s it.

Democrats could not clear the field for their anointed Kammy, and Republicans couldn’t stop rapid rabbits from jumping out of the hat. Election 2016 has showcased a wild primary, and yet California’s general election is heading towards a top-two Democratic downturn. Corrupt Kamala Harris (the Attorney General for Democrats, but no one else) attacks pro-life activists because Planned Parenthood funds her campaign (with the dollars used to buy baby parts). Her chief rival is Loretta Sanchez, Congresswoman from Orange, Orange County. From crazy Christmas postcards to her Indian war-whoop at the Democratic Party convention, she is definitely unconventional. She is striving to position herself more to the center to scoop up disaffected Independents and uber-pragmatic (or resigned) Republicans.

There is a red lining to this blue cloud hovering over the Golden state. Two Democrats, each with an even chance of winning, will spend massive sums of money to beat each other. Every labor union, environmental action group, Big Business interest will plunge millions into this fight.

I tried to ask Congresswoman Sanchez some questions at Roscoe’s Chicken and Waffles in Inglewood, CA, where she was desperately pandering to win the black vote. She blew me off, then the manager took my phone away and forced me to leave. What kind of a US senatorial candidate resists answering questions from concerned constituents?

For this conservative, the US Senate race is dying down.

Will Republicans have a chance at the U.S. Senate again? Right now, I am not holding my breath, for then the only ruby red anywhere near that seat would be my gasping head.

Why have Republicans lost their grip on California?

The answer flows from two conflicts.

1. They did not adapt to the coming demographic shifts. I am not talking about the influx of Hispanics, whether they were illegal themselves, or their parents came illegally. Republicans have enjoyed the echo chamber and the circular firing squad all too much. It’s easier to yell at those you know than to greet those you don’t know …

2. Instead of doubling-down against illegal immigration; instead of fighting harder to preserve and protect Prop 187; instead of calling for the recall of the corrupt judge which threw out the measure, Republicans stayed safe with what little they had gained in 1994.

We need clear principles and convictions, plus a plan to make it happen. Election 2016 is a warm-up. 2018 may afford better chances.