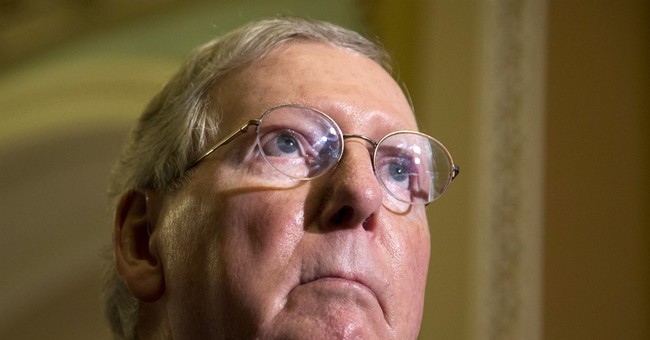 Speaker of the House John Boehner is going, going, gone. Ben Shapiro fears that in his last month of power, Boehner will roll over and roll Barack Obama’s agenda all over his restless and restive caucus. Whether within the Beltway or the Bible Belt, conservatives are learning to accept that politics is an ongoing numbers game, one in which We the People have to do more than sit on the porch and complain about the state of affairs.

We get to change them, if we are willing.

The fight is rolling ahead, and already I have networked with fellow conservatives across the country: Raul Labrador for Speaker of the House. Don’t mind me. If you want someone else, let that Congressman know! Following the Sunday missive (missile?) against the Ohioan’s likely successor, I got a nasty text from a staffer in Congressman Kevin McCarthy’s staff: “Nice article. . .” When I called to say thanks, he simply muttered: “I was being sarcastic.”

Why should I be sad that I made a Congressman mad? Rep. Peter King lamented in his wobbly Long Island accent: “The Crazies have taken over the party”. I laughed out loud, then channeled my inner Ted Cruz: “If the crazies have taken over, then I am a proud crazy.” I would also have to ask: does the crazy crew include George Washington, Thomas Jefferson, and Frederick Douglass?

Indeed, for any politico who has lived, breathed, eaten, and slept (in, with, around) the current Washington korrupt-ocracy, challenging leadership and demanding an affirmation, restoration, and implementation of principles could not be further from their minds. Mind you, I do not support term limits. An election is the best tonic for bad leadership, provided that the citizenry is informed – and angry – enough to do something. Besides, standing for something, at great risk to your current well-being and future calling – that will always seem crazy. Benjamin Franklin warned his conspiring revolutionaries: “We better hang together, or we will all hang separately.”

Today, conservatives have far less to lose and more to gain in challenging the Big Government, backroom dealing, back-scratching statist status quo. Social media has made it so much easier to be a citizen journalist, lobbyist, and activist. As I wrote at the end of my latest report on Huntington Park: “I’m loving every minute of it!” Cue the Jerry Seinfeld theme music. Maybe we should have a DC Festivus for the Rest of us.

Boehner is down, and who should go with him? Yes, McCarthy (and Renee Ellmers, too!), but there is this other chamber, the US Senate, also run by also-ran politicians who have been good at reading the pulse of their donors and political movers and shakers in their own states, but just can’t seem to feel, or pay attention to the mood of a frustrated electorate demanding resistance, not just mere get-along Gang of Eight governance.

So, who is in the crosshairs now? Senate Majority Leader Mitch McConnell.

Don’t get me wrong. I had high hopes for the Senior US Senator from the Bluegrass State. Yes, he endorsed a long-time, well-connected figure instead of Liberty Caucus Rand Paul, but he turned things around once Rand was the last one standing in 2010. He punched back twice as hard at a Tea Party challenger in 2014, then turned around again and endorsed Matt Bevin for Governor this year. He allowed more amendments in two months than the previous Majority Leader had permitted in two years. Then he bull-dozed passage of the Keystone XL pipeline. How wonderful to see miserable liberal US Senators from New England begging for one minute to defend their half-baked amendments.

After that, though, where did the fight go? From the continued funding of executive amnesty, to legislative silence on Obamacare (where’s the US Senate version of repeal, followed by a fitting media conference-press release trolling the rogue Occupant in the White House?)

How about some legislation which would make President Obama look really, really bad if he chooses not to sign? Then McConnell ushered in the confirmation of Loretta Lynch, ready to grab our guns and open up our borders, while ignoring the IRS harassment of churches, charities, and conservative interest groups.

McConnell is a fake, gloating about his surprising relationship with President Obama. What happened to the Minority Leader who had pledged to make Obama a “one-term President”? If you like your conservative leadership, you can keep it, period? Question marks followed by exclamation points have studded the revulsions of Republican operatives and Tea Party affiliates tired of the politically crass “Washington cartel” (once again, hat tip, Senator Cruz!) which campaigns conservatively, then reverts to its cronyist ways.

Along with Boehner going bye-bye, McConnell must go. A coup in the Republican US Senate majority is nothing new, and nothing to fear. Trent Lott of Mississippi (now making lots of money as a lobbyist) was deposed in 2002 following an off-hand remark celebrating centenarian Strom Thurmond (colleague critics also blasted his lack of leadership). Today’s US Senate boasts deep bench of qualified, conservative leaders who harness the media and the grassroots to harass the Democratic caucus and their president to cave or at least admit how craven they are. Just-elected Tom Cotton of Arkansas pushes buttons like no one yet. The Cotton State’s Jeff Sessions has led an impressive national front to warn the American public about unfettered immigration. James Inhofe snowplowed climate alarmist Sheldon Whitehouse with legislative and rhetorical savvy. Ted Cruz and Rand Paul have stalled Big Government with their filibusters. Tim Scott of South Carolina is the new face of the GOP: diverse and courageous. And then there’s Mike Lee of Utah, who defeated an inattentive incumbent in 2010. He has secured strong credentials in-house and outside, and would make a deft and adept Majority Leader.

What say you, readers? Let’s join forces with the Reagan-allied “Citizens of the Republic” and shout: “Ditch Mitch!”