Andrew Said It: Dump the Donald 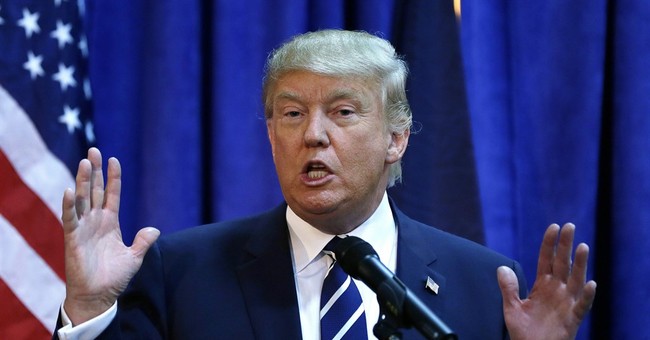 Though I live in a swing district in Southern California, ardent conservatives (and sometimes progressives) stream out of the wood work to tussle.

While discussing the Big Ten Fox News GOP Debate, I told one fellow conservative that Megyn Kelly asked all the candidates great, tough questions. As a bona fide Trumpster, he went off like Mount Vesuvius, sputtering that she was unfair, biased, with an aggressive agenda. Guess what? The Marginalized Media is all that times ten. If Republican candidates cannot handle tough questions from “Fair and Balanced” friends and colleague, they need to go home now, because Big Media still wants to play by its own rules, all stacked against conservatives, Republicans, and everyone else fed up with the special interests pushing aside the public interest.

Another question: Why did this guy get angry, a fellow GOP who shared almost all of my views? Because the rhetoric of Trump sans “political filter” engages the enraged. If you criticize someone who speaks your speak, then you will get mad. However, emotional authenticity does not a leader define. It’s one thing to speak your mind, but you need to be in your right mind to change other minds.

Our heated discussion transformed from debate to outright shouting match. He called me weak and told a third party, pointing at me: “This one is giving conservatism a bad name.” With all due respect, that slur belongs to the Donald, except that Trump is not really conservative, and as Kelly wisely suggested, has just recently become a Republican.

In a way, the revelation of Trump the Democrat really isn’t.

The crux of Andrews’ argument? Trump supported the most illiberal politicians in recent memory. During the debate, he struggled to explain these strange bedfellows. Addendum: why is Breitbart’s flagship news site propping up Trump?

In the early Nineties, he wanted to expand one of his casinos in Atlantic City.

Vera Coking was in the way. The elderly widow had lived in a house in Atlantic City for more than 30 years, and she didn't want to move. So New Jersey's Casino Reinvestment Development Authority sued to "acquire" Coking's property.

It looked to me as though the government was robbing Coking to pay Trump. I confronted him about it: "In the old days," I said, "big developers came in with thugs with clubs. Now you use lawyers. You go to court and you force people out."

He replied: "Other people maybe use thugs today. I don't." True enough. Trump didn't send thugs after Coking; he sent the government.

Donald Trump, the Man of the People, wanted to evict Grandma.

These are third-party pundits who just want to hate, Trumpsters will contend.

Mark Levin, who loves Trump today, hated him four years ago, listing where Trump was fighting: with Democrats, even while Tea Party elements were fighting for influence (and winning).

Trump is NOT the real deal. He will get Obama re-elected. This is not a game. This is not a circus. He is not a conservative. He was happy to donate to Schumer, Weiner, & Emanuel campaigns last year. He was pro-choice recently and now claims to be pro-life. He sounds more & more like Ross Perot. If he runs as an Independent, Obama wins. We should not encourage this.

Still not convinced? Check out what The Donald had to say about the Democrats and himself.

I think Jesse Jackson has done himself really proud. And Michael Dukakis has done one hell of a job.

Jesse Jackson (among his many personal and political failings) called New York City ‘Hymie-town’. As for Dukakis: ask the victims of Willie Horton. No wonder Trump flirted with Oprah as VP. Who wants a new car?

On CNN with Wolf Blitzer:

At the first debate, Trump had to debate himself on single payer healthcare.

Now even Al Sharpton cannot help asking: “Is Donald Trump a Secret Democrat?” He even charted it on a black board, old school. Other sites are asking the same question.

George Will of the Washington Post stuck a fork in Trump-mania:

So, conservatives today should deal with Trump with the firmness Buckley dealt with the John Birch Society in 1962. The society was an extension of a loony businessman who said Dwight Eisenhower was “a dedicated, conscious agent of the Communist conspiracy.” In a 5,000-word National Review “excoriation” (Buckley’s word), he excommunicated the society from the conservative movement.

Buckley received an approving letter from a subscriber who said, “You have once again given a voice to the conscience of conservatism.” The letter was signed, “Ronald Reagan, Pacific Palisades, Cal.”

Today I echo Megyn Kelly: “When exactly did Trump become a Republican?”

He’s a Democrat. Andrew said it, George settled it. I believe it. Dump Trump.