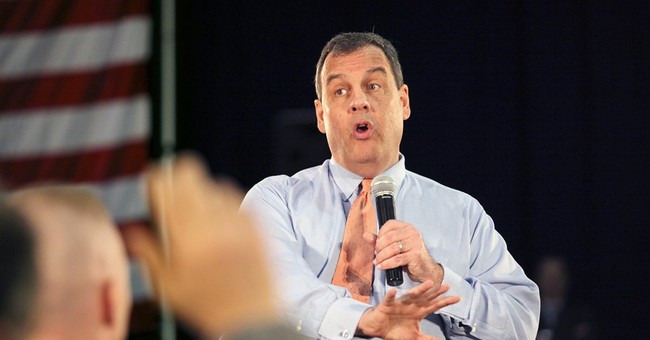 New Jersey Governor Chris Christie commanded a lot of respect with conservative activists during the first years of his first term in office. He was presidential material, and certainly presented better leadership than my governor, Jerry Brown. I even wrote about his compelling leadership skills early on: “He talks tough, walks gruff, and gets stuff done. I wish he were my governor.”

Anyone who unseated the Corzine regime in New Jersey deserves a second look, and Christie did just that in 2009, even while the former financier, senator, finally illiberal Democratic Governor Corzine mocked Christie's weight within weeks of the election.

Christie did replace some of the executive errors, but the legislature remained Democratic. That was the beginning of the problems for the new Republican governor, whom local press claimed was too moderate. To his credit, a conservative, no matter how principled, can only accomplish so much on his own. However, New Jersey executives do command a greater deal of power and influence than other governors, particularly the rest of the Northeast/New England delegation.

Nevertheless, at the outset, Christie was not about to be bullied, and he had no problem throwing his weight around (figuratively speaking). He stood up to unions, he blocked wasteful projects. He had the courage to shame those teachers unions when the leadership called for his death. He did not run away from confrontation, even posting front page headlines of himself, a figurative Christie, standing firm with his feet on the ground: "The Answer is No!"

Yet with his presidential potential on the rise, his pride in his own abilities took greater stride. He hugged President Obama, attacked fellow Republicans. He pushed gun-control, despite common sense, legal precedent, and moral necessity. Sean Hannity warned him, but Christie didn’t listen.

In contrast to Christie, Walker stood up, stood firm, and stood his ground on his principles, despite the Democratic legacies of the Dairy State.

He disciplined public sector unions, and refused to budge. He won his second statewide election - the only Governor to survive such a recall, running on his reforms. Even his two-time Democratic challenger Tom Barrett could not assail Walker for his Act 10 reforms.

On gun rights, Walker signed off on the Castle doctrine, allowing homeowners to protect their homes, and their property, with firearms - and deadly force - if necessary.

The New Jersey Governor banned gay conversion therapy for minors, which alarmed family activists, concerned that youth could be abused and yet not seek help from caring professionals.

Christie campaigned against in-state tuition for illegal aliens in 2009. In 2013, he pandered and signed off on the legislation, arguing that since "we are paying for their education already," American taxpayers might as well continue doing so. His decision was purely political, with no moral or even legal meaning. Scott Walker repealed in-state tuition for illegal aliens, and he stood his ground on this issue.

Unlike Christie, Walker has been a team player, fighting for working families and his party, as well as the country. When a special election opened up following the death of US Senator Frank Lautenberg, Christie solidified his reelection bid, at greater cost to his state and his party, scheduling the election one month after the 2013 general election: selfish all the way.

For further evidence of Christie's "I syndrome," look no further than his speech at the 2015 Iowa Freedom Summit. He discussed his accomplishments, in generalities, but still spoke about “Me, Myself, and I.”

To his credit, Governor Christie is pro-life, and stayed pro-life. He vetoed funding for the Orwellian Planned Parenthood five times, in spite of a Democratic legislature which pushed a liberal agenda, regardless of the best interests of New Jersey residents.

He is pro-school choice, and has gone further than many elected leaders, who have pushed for expanding options outside of student zip codes. Christie supports vouchers for private school enrollment, and campaigned on this issue in predominantly black and Hispanic neighborhoods.

Walker also defunded Planned Parenthood, in spite of the liberal tinge of his state. Walker worked with his Republican party to bring up their numbers in Madison, as well, while Christie's personal popularity never transformed Trenton's political legacy. Walker expanded school choice.

As already mentioned, Walker opposed collective bargaining for public sector unions, while Christie openly supported allowing those unions to bargain, even though he had recognized that their collective power is bankrupting the Garden State. Walker signed off on right-to-work. He rejected the Obamacare Medicaid expansion, while Christie at first rejected then accepted “the fool’s bet.” Walker has stayed away from partisan GOP infighting, while Christie has not only battled with House Republicans, but even presidential contenders like US Senator Rand Paul.

Then there’s the scandals. Christie played nice with the media and lost (i.e. Bridge-gate). Walker has been the subject of false smears, yet has won time and again.

Christie has lost weight, but also a lot of credibility. Aside from some fiscal and labor reforms, there is very little about Christie to interest the nation’s growing conservative voting constituency, while Wisconsin Governor Scott Walker’s appeal grows stronger every day.