Armstrong Williams
|
Posted: Mar 21, 2019 12:01 AM
Share   Tweet
The opinions expressed by columnists are their own and do not necessarily represent the views of Townhall.com. 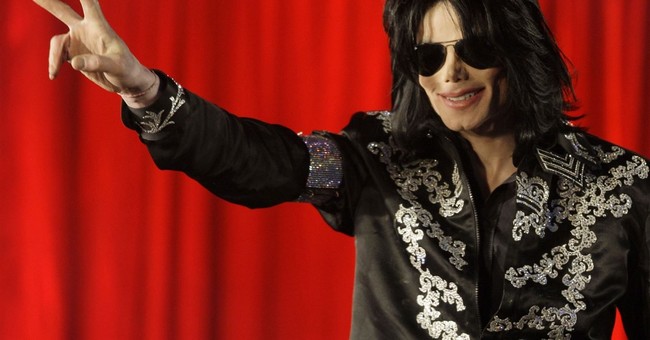 The explosive new documentary "Leaving Neverland" takes a highly critical look at one of the most controversial aspects of Michael Jackson's life and legacy -- the persistent rumors that he abused children, specifically young boys. The documentary's two protagonists, both young boys who had befriended the pop megastar, allege that Michael Jackson began grooming them and their families for what would turn out to be years of sexual abuse spanning into their middle teens.

The men have also been doing the media rounds, including exclusive interviews by Oprah Winfrey (who has believed privately for decades that Jackson had some deeply troubling issues) and Gayle King, in which they allege that Michael Jackson's family and inner circle created an atmosphere of intimidation and lies that protected the star from allegations of child sexual abuse going back for decades.

Of course, Jackson's legion of rabid fans is having none of it. They have taken to social media to attack the beloved Oprah as well as Jackson's accusers in the most vile of terms. In the age of #MeToo, there seems to be a specific carve-out for Michael Jackson, whose legendary status has placed him somewhere between saint and god on the pop pantheon. These fans have basically accused the two men of being money-seeking leeches who lived off Jackson's largesse while we was living and of only now bringing forth these tales of abuse in order to siphon even more money off Jackson's estate. For their part, the men say that their efforts to bring attention to Michael Jackson's abuse have nothing to do with money and are all about seeking justice and preventing this type of unbridled star worship from harming children in the future.

The question that begs asking, of course, is, Can all of the above be true? Can Michael Jackson be both a saint who cared for children and donated tens of millions of dollars to children's charities and, at the same time, a serial child sex abuser? Could the young men at the center of "Leaving Neverland" have been both victims of Michael Jackson and money-grubbing opportunists seeking to tarnish the star's legacy for personal gain? The answer plainly is yes. One thing does not preclude the other.

The difficulty in parsing the complicated life and legacy of Michael Jackson arises because he has been in the public eye as a beloved figure since he himself was an innocent child. We all remember The Jackson 5 and how innocent and pure Michael Jackson was at the time. We watched him morph from that child into a somewhat awkward teenager. We saw him languish amid his childhood crushes over Diana Ross and then supermodel Brooke Shields. We saw him fawn over actress Elizabeth Taylor as only someone with a deep ambition to embody such iconic status would. We were all hypnotized by Michael Jackson's unlimited brilliance as an entertainer. Because he grew up with us, we felt we knew him and understood him, and we loved what he stood for.

Michael Jackson's legacies of artistic achievement and humanitarian contribution are unrivaled in the annals of modern pop stardom. He touched literally billions of fans over his five decades in the public eye. But Jackson, despite his desire for public adulation, was fiercely defensive of his own privacy. He sometimes walked around in surgical masks and pajamas in an often futile attempt to dodge the paparazzi that dogged him at every turn. He kept his personal life and relationships with his children deeply private. And we never got to see his dark side, although there were certainly hints for all to see.

Jackson's skin bleaching regimen -- which made him progressively whiter over his lifetime -- and his excessive plastic surgeries created an almost grotesque mask that bore almost no resemblance to the childhood star many had grown to know and love. The tabloids nicknamed him "Wacko Jacko" -- a label that stuck with him as he veered further and further into a cocoon of fantasy and excess that ultimately destroyed him. At one point in his life, he was a devout Jehovah's Witness and strictly vegetarian teetotaler. He died in the most depraved of circumstances, deeply in debt, hounded by creditors after having squandered a fortune estimated at over half a billion dollars. He was revealed to have a desperate and debilitating opioid addiction, which ultimately killed him.

Michael's Jackson's legacy is definitely complicated, but it's not that unfamiliar among the many pop stars who have lived amid public adulation and deep personal struggles. The list goes on and on, including Liberace, Whitney Houston, Elvis Presley and even Prince. Nothing can take away from their sheer genius -- not even their sheer madness. In fact, it seems that with such talent often come such burdens of conscience and spiritual turmoil.

I do not doubt the painful and deeply disturbing sadness of the abuse the two young men in "Leaving Neverland" recount. I believe their stories. However, I still question the motives of a Hollywood industry that uses people up and spits them out, leaving them soulless shells of themselves. Certainly, when we place people on the altar of celebrity, we seem to also demand of them an ultimate sacrifice.