You're Nobody Until Somebody (White) Kills You

Armstrong Williams
|
Posted: Jan 17, 2019 12:01 AM
Share   Tweet
The opinions expressed by columnists are their own and do not necessarily represent the views of Townhall.com. 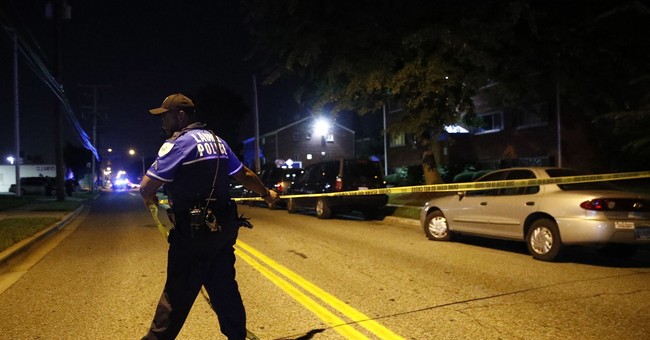 Social media rang with righteous indignation over the senseless killing of Jazmine Barns, who was shot and killed while riding in a car along with her mother and three sisters on a Texas highway on Dec. 30. The gunman, who was identified as a white man, allegedly drove a red pickup truck and fired upon the Barnes family seemingly randomly and without any provocation. A picture quickly emerged of a racist murderer on the loose, hell-bent on killing innocent black children.

All of the usual alarms were triggered. New York Daily News writer Shaun King, a leader of the Black Lives Matter movement, who was made famous in the aftermath of the Ferguson, Missouri, protests, rushed to tweet out accusations about the alleged suspect, a man named Robert Cantrell. King, who has 1 million twitter followers, posted Cantrell's mug shot and wrote, "We've had 20 people call or email us and say he is a racist, violent (expletive) and always has been. Just tell me everything you know." Tips began to pour in to King, who forwarded them to police. One of those tips ultimately led to the arrest of two suspects, both of whom turned out to be African-American males.

But in the days immediately preceding the arrests, Black Lives Matter activists quickly mobilized in Houston, holding rallies and vigils and decrying the racist slaying of an innocent girl. Celebrities like former NBA All-Star player Shaquille O'Neill also got in on the act, promising to donate money to cover Jazmine's funeral expenses. Houston Texans' star wide receiver, DeAndre Hopkins, promised to take the field in Jazmine's honor, after tweeting, "When I see Jazmine Barnes' face, I see my own daughter." Hopkins, who is himself the father of a 5-year-old daughter, announced he'd be donating his entire game check to assist with funeral costs and support the reward fund for information leading the suspects' capture.

Prominent Dallas civil rights attorney Lee Merritt also joined the case, primarily due to on his belief (based on the initial description of the suspect) that the shooting was racially motivated. "That's why I was brought on," Merritt told the Washington Post last week. "We want to emphasize the racial nature of the attack and that hate-crime charges are appropriate." Merritt's statement begs the question, of course: Aren't most murders, by definition, crimes of hatred?

When, on Monday, the new suspect was arrested and it appeared the motive was not race-related, the hoopla immediately died down. Gone was the righteous indignation on social media. No more celebrity attorneys announced they were interested in the case. Sadly, this appeared to be just another case of black-on-black crime. Apparently, this was merely a case of two young black criminals who may have shot at the Barnes' vehicle because they mistakenly identified the occupants -- a mistake in judgment apparently fueled by drugs. Nothing to see here. In a week, Jazmine Barnes' case is likely to fade from public discourse. Hopefully, the tens of thousands of dollars pledged to the Barnes family by O'Neal, DeAndre Hopkins and others will actually make it to their intended recipients. That remains to be seen.

Although you would not know it from the media coverage, Jazmine Barnes is not the first black child to die because of senseless gun violence this year. In fact, of the over 1,300 child deaths by gun violence in 2018, more than 4 in 10 deaths were black children. Black children are, in fact, 10 times more likely to die of gun violence than white children. Furthermore, in most gun homicides of black children, the assailant was also black. Where, one wonders, is the outrage over the nearly 500 black children killed by guns last year? How many of those names have even made it to the national media? Is each of their lives less important because a black person took them?

It seems that in all too many cases, black lives don't matter unless they are taken by a white person. We almost never hear about the thousands of senseless murders of blacks by blacks. But when the suspected killer is a white person, well, of course, that's news. All of a sudden, there is an outcry of support and care and concern and activism. The murder unfailingly makes the evening news. Prognosticators are ready on the draw with the usual platitudes and complaints and inferences about America's worsening racial climate.

The troubling narrative that emerges from the grossly disproportionate treatment of the relatively isolated instances of violence deemed "racially motivated" versus the virtual sea of other crimes not deemed tainted by race begs the question: Is the only reason we even know about Jazmine Barnes because people believe she was killed by a white man?

And that question begs another question: When black children are being murdered in absolutely horrific proportions, mostly at the hands of other black people, do black lives actually matter to black people? Or do they only matter when someone white kills them?