Armstrong Williams
|
Posted: Sep 13, 2018 12:01 AM
Share   Tweet
The opinions expressed by columnists are their own and do not necessarily represent the views of Townhall.com. 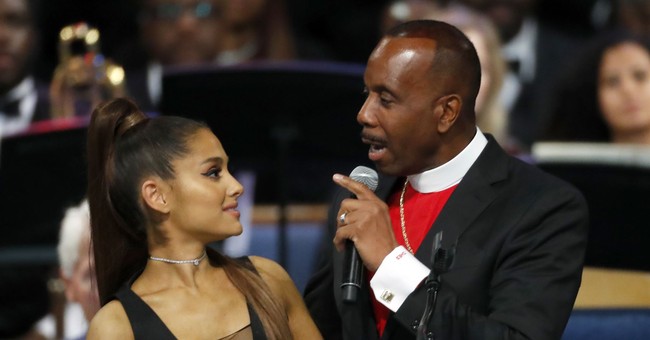 All over the news in the U.S. these days are lurid tales of powerful, famous men and, increasingly, women caught up in sexual harassment scandals. The phenomenon has become so rampant it has gone viral, with the "Me Too" movement coming to represent a nationwide backlash against sexual abuse. This rash of abuse claims seems incongruous with an age of growing societal tolerance of diverse sexual mores and expanding consciousness around women's and gay rights. Why is a so-called liberal society still so tolerant of sexual abuse? Could it be that harassment is itself a consequence of liberalism?

On a recent visit to Israel, I had the pleasure of being shown around the country by my gracious and kind hosts, Serena Potash and her daughters Sarah Patcher and Chana Pintz. As an American and a Southerner, I am accustomed to hugging friends, both male and female, as a form of greeting. However, when I went to hug my hostess, she noticeably recoiled. I asked if I had offended her and was told that in Israel it is considered improper for men and women who are not married or related to touch each other. They, of course, quickly forgave me, noting that I was unaware of this unspoken boundary between the sexes. The prohibition against touching is part of a broader social custom of modesty that includes the way people dress, make eye contact and discuss personal issues in professional and casual settings.

My inadvertent transgression as someone new to the culture caused me to think. Perhaps what we in the U.S. might consider arcane and overly restrictive has some advantages over our modern liberal ways. In situations in which society demands that men and women keep a respectful distance from each other, it is hard to misconstrue any innocent action as improperly forward or sexual. I do not mean to imply that in Israel and other conservative societies sexual harassment never occurs. I am sure they have their fair share. However, in those societies, the boundaries between acceptable and unacceptable behavior are more clearly drawn. In today's America, our loosening of mores and standards seems to have created a vast no man's land of uncertainty.

A recent case in point occurred at Aretha Franklin's funeral in Detroit when the officiating pastor, Bishop Charles Ellis, called singer Ariana Grande to the stage to thank her for her soulful rendition of Aretha's song "Natural Woman." As he was congratulating her, he wrapped his arm around her, and his hand seemed to brush up against her right breast -- where it stayed. The singer, obviously uncomfortable in his embrace, seemed to recoil nervously. Social media went into a furor over what seemed like an obvious case of sexual harassment committed in plain view. The star's Hollywood friends rallied to her defense -- pointing out that neither her appearance nor her revealing dress was an invitation to violate her body. Ellis quickly apologized and said his transgression was not intentional. He had meant no disrespect, he said.

Where had I seen something like that before? Oh, yes, in Israel, when I made a similar mistake. While to some, Ellis' transgression clearly crossed the line, I wonder where, in fact, the line is. If one was to watch many of Grande's concerts and videos, she clearly plays a sexualized pop star with all of its attendant undulations and provocations. Her public persona is that of a sexy pop star. On the other hand, a man of the cloth like Ellis presents himself as a moral leader and a man of God. His behavior should arguably always be above repute when it comes to matters of the flesh and of sex, especially in a church setting.

However, in our "liberal" society, in the absence of clear boundaries, we often get our wires crossed. In a perfect world, even a pop star would show up to a church funeral service fully clothed and reverent. In a perfect world, a reverend would not take liberties to touch a young woman in any way that could be construed as sexually demonstrative. These instances just go to show that in the absence of a defined moral standard, all types of mischief can take place -- even when unintended. Coming to grips with the illiberal consequences of liberalism might be a tall order. Nevertheless, it is something we should consider if we are truly concerned about tolerance, respecting women's rights and staying within the bounds of moral and ethical conduct.

The appearance of permissiveness in the absence of actual permission can be confounding. What we communicate with our words, our dress and the way we carry ourselves says a lot -- and may even invite conduct that we would consider offensive. Of course, no one has the right to offend another person, but often the lines between casual conduct and unwanted harassment can be frighteningly difficult to navigate. Perhaps it would behoove us to forsake all of the uncertainty and follow the example of more modest societies, such as Israel, in delineating those boundaries.