A Blind Spot for Big Media

Armstrong Williams
|
Posted: Aug 16, 2018 12:01 AM
Share   Tweet
The opinions expressed by columnists are their own and do not necessarily represent the views of Townhall.com. 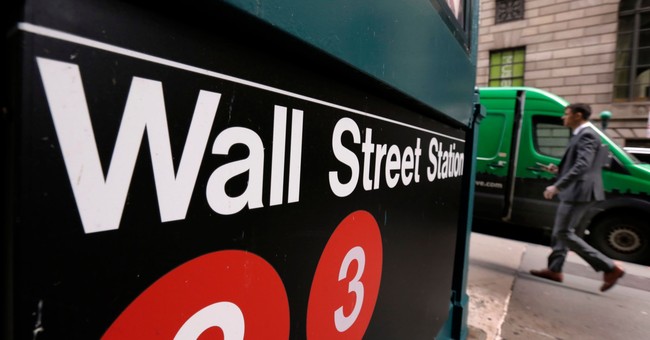 The 24-hour news cycle is the norm in today's gotta-have-it-now society. We are a nation that tolerates impatience, and in many instances, we want to be the first to know news even before it widely becomes news as the typical American understands it.

Therein lies a major problem I have today with the mainstream media. Journalist are spending way too much time today fixating on stories that, 10 years ago, would have been relegated to a digital newsletter with few readers and even fewer facts. Yet the more vitriolic our politics, our parties and our communities, the more license the media seems to have to pursue stories that really don't amount to much news at all. As a result, we see parallel declines in the coverage that should be occurring to better inform Americans on the information that matters.

The economy is one large example. Since the election of Donald Trump as president, the nation has seen a demonstrable and noteworthy surge in economic growth. In prior administrations -- no matter the party -- the country's economic progress was the subject of much news, good or bad. Yet with this president, there is a palpable sense of neglect on an issue that is repeatedly the No. 1 concern on the minds of Americans across the nation. Why is that?

We are the world's last remaining economic superpower. A tariff imposed on one country impacts economic behavior around the globe. Perception is reality when it comes to the United States and the sheer enormity of our ability to move nations through the dollar. Domestically, the breadth of our fiscal might is also evident. California alone has a larger GDP than dozens of nations worldwide; what this White House does with respect to consumers in states is an equally noteworthy story. There is geo-diplomacy behind the dollar as well. I believe North Korea would not be in its current willingness to negotiate a nuclear arms treaty had it not been for the economic pressure the United States pushed on China.

Yet here we are, running entire programs on LeBron, what Kim Kardashian was wearing when she spoke with the president and a very visible trial that is rapidly becoming a confusing story of someone's greed and cheating on his taxes.

That's not the news the people of Marion, SC; Flint, Michigan; Reno, Nevada or even Lynchburg, Virginia care about. Their very livelihoods depend on a strong economy. Their futures hinge on the ability to plan for college, retirement or helping an ailing parent in need of long-term care. Yes, these are life-altering decisions all tied to economic health. So it's only fitting that we expect our media outlets to spend an appropriate amount of time covering the topics and the human effect it has on us all.

Yet to do so, it seems, the media would need to concede a point it is all too eager to actively avoid -- giving the man in the White House due credit. Instead, I counted last week that no fewer than two entire news days filled with hysteria on why the White House press secretary would not acknowledge that the press is an enemy of the people. Two days of badgering an individual whose job is clearly to reflect -- not alter -- the views of the man she represents. Of course Sarah Sanders is not going to challenge that statement. That's not her job. So why is the public focused on this when the public cares about so much more?

Moving away from the economy, how about the bewildering rise in crime in our inner cities -- notably Chicago? As gun violence historically declines, we have an epidemic in this Midwest urban city. This is of opioid-like proportions and threatens generations. Forty-four residents shot in less than 14 hours. Incredible. And a missed story that Americans should know about.

I have often said we not only live in a country, but we live on a continent. America is a nation of immense size and diversity -- with issues that would fill volumes of textbooks in a matter of days. That's why the responsibility and burden of covering the events of this country are even greater on the backs of our mainstream press. They have an obligation not to report on what merely incites the worst in us. No, they have a duty to cover the news that impacts us all, even if it means a certain man none of them respects is allowed a modicum of credit.