Armstrong Williams
|
Posted: Aug 03, 2018 12:01 AM
Share   Tweet
The opinions expressed by columnists are their own and do not necessarily represent the views of Townhall.com. 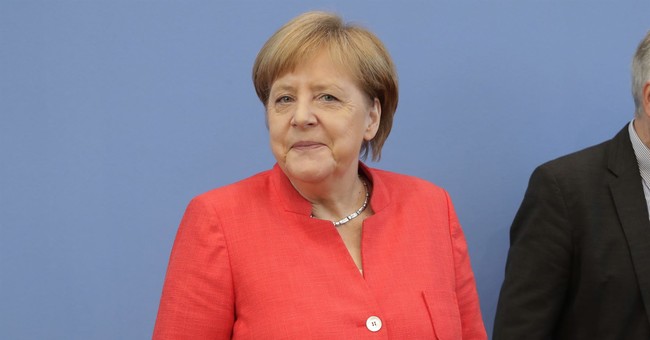 When you spend quality time in Europe, it become obvious that Germany is the dominant player and the financial engine for all things European Union.

Germany's strong domestic manufacturing, technology and banking sectors have served as a sturdy bulwark against the tottering fortunes of Europe over the past decade. However, as evidenced by the recent shift in voter sentiment away from the governing Christian Social Union and its longtime leader Angela Merkel, major change is definitely brewing.

On the surface, one can look to the rising tide of populism in Europe -- at Brexit in Britain and the elections of populist leaders in Hungary and Italy. France narrowly avoided an upset victory by the far-right National Front last year -- probably a short-lived respite that may confront it during elections in 2019. George Soros's Open Society Foundation, which sought to introduce liberal economic reforms and open borders to Hungary was widely repudiated this year when newly elected Hungarian Prime Minister Viktor Orban's government recently passed a package of bills designed to prevent humanitarian organizations from helping immigrants gain asylum in the country. In response to this hostile welcome, the Open Society Foundation picked up roots in Hungary and fled for higher ground in Berlin.

The Merkel Government has asserted that it was willing to accept up to a million largely Muslim refugees fleeing wars in Syria, Iraq and other middle-eastern nations. By all accounts, Merkel's decision has been an abysmal failure. Not only did the experiment to resettle and acculturate large numbers of migrants meet with predictable logistical hurdles, by many accounts its new guests failed to live up to the implied bargain. There were reports of large-scale, mob violence and harassment by immigrant youth in some of the resettled cities in Germany.

Although Germany's economic leadership during the economic crisis of 2008 was unquestionably noble, its ambitions to smooth over the political tensions within fractured European Union have been met with far less success. Britain remains bent on leaving the union; and even some of the more neutral countries -- Denmark and Sweden -- have signaled a diminishing tolerance for Merkel's broad plan to settle millions of immigrants across Europe. The social strain on even the most secure and endogenous countries has proven to be onerous, as those countries too have enacted stricter migration policies in response to the recent immigrant onslaught.

Even more pressingly, Europe's traditional reliance on the financial backing and military commitments the U.S has made to NATO, have come under increasing pressure. The U.S. provides the lion's share of the resources, roughly three quarters of total expenditures, to bolster the military alliance. With the U.S. under increasing pressure to get its own house in order, Washington has decided to play hardball by demanding that Germany and other EU nations commit to a goal of spending 2 percent or more of GDP on defense-related priorities. Germany's own military, having deliberately defanged in the aftermath of the Second World War, is a woeful shadow of its former self. That used to be a reassuring prospect for its neighbors, who feared a resurgence of German aggression.

The post-war status quo seems to be changing rapidly. In the face of American intransigence, Europe is beginning to look to its largest economy to pick up some of the slack. Germans, ever stalwart and prudent, are averse to making this commitment in the face of the nation's long-standing tradition of avoiding deficit spending at all costs. The type of commitment, in terms of increasing both men and machinery, that it would require to bring Germany's military up to anything resembling a modern standard would be staggering. It won't be a quick proposition either. Even if Germany were to commit itself to a program of rearmament, it would take upwards of a decade under current budgetary restrictions to construct a robust defense force. Meanwhile, the rest of the EU continues on an inexorable path to disintegration.

The forces of nationalism are unquestionably gaining on regionalism, not just in Europe, but also in the U.S and among its strategic partners in the Middle East such as Turkey and Israel. In April, the EU secretariat in Brussels issued a scathing rebuke of Turkey's turn towards authoritarianism, and received, in effect, a shrug in response from the Erdogan government. Turkey believes it has to take far more decisive measures than its EU membership affords in order to curb the contagion of radical Islamic fundamentalism that has threatened its society. Erdogan's hotly debated (though not contested) reelection this June seems to confirm this stance. Surprisingly to many, NATO has even signaled to Israel that it would not be willing to commit to its defense in the event of an attack by Iran -- although individual countries like France, Germany and England would probably do so.

Undergirding this shift away from regional unity in Europe is the "America first" philosophy ushered in by the U.S. government. This prioritization of national interests over regional concerns is a state of affairs Germany is woefully unprepared to deal with at present. It will be interesting to see how she adapts to these shifting geopolitical winds.