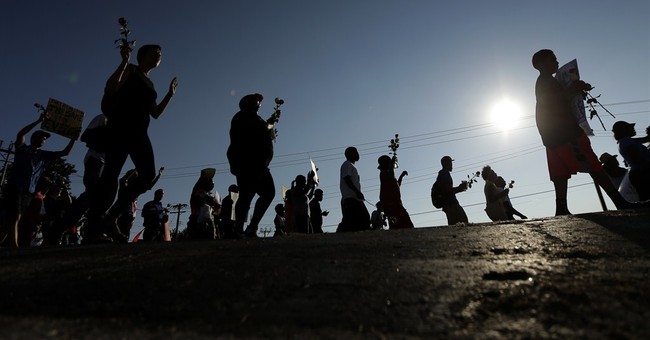 For a selected few in the know, the elections of President Obama and the passage of his signature health care act mark not the pinnacle (as is widely assumed) but rather the twilight end of a golden era of racial progress and progressive social policy in America. If the civil rights era legislation and government programs could be characterized as the second reconstruction, then Obama’s presidency marks its wane. An essential question that blacks must ask at this point; how will they adapt to post-progressive America?

The grand social experiment began with the passage of the Voting Rights Act and the Supreme Court’s landmark decision in Brown vs. Board of education. While the former restored the franchise to African Americans, the latter outlawed public discrimination based on race. Facing both black rage against decades of second-class treatment, and the onslaught of a repressed voting bloc, mainstream politicians hustled to create policies – in the form of massive new government social spending -- that would seemingly appeal to the (in effect) newly minted citizens. And in an era of virtually full employment and robust economic growth, with a man on the moon, it seemed American ingenuity would lead to endless bounty.

We all know how that story has turned out. America got rich but could not stay young. New entrants to the work force declined even as retiring Americans began to live much longer. Wage growth stalled. All this affected the actuarial projections for Medicare, Medicaid and a host of other entitlements tied to age and income. Over time Americans balked at the ticket price of their social experiment – both in terms of wasted productivity of its dependents and the sheer amount of tax dollars that had to be fed into the system to support its incredible growth. Gradually fiscal conservatives began to revolt against the unseemly debt. Social conservatives decried the moral ills of dependency.

And so we find ourselves today with a government forced by necessity and political will to cut back on spending across the board – not just social programs, although undoubtedly they have been the hardest hit. We have a society that is less tolerant of the excuse of victimhood, and more encouraging of individual aspiration. Progressive era social programs from affirmative action to head start are either being phased out or transitioned. As recent events in Ferguson and other places have proven, the Federal government has pretty much officially gotten out of the civil rights business. Whether one likes it or not, those are the facts for the foreseeable future.

What is the black community to do at this juncture? With the government fading as a paternal structure, the family comes into focus as the central point of community support. While the individual is the basic element in our political system, the family is the building block of our society. Rebuilding families is probably the most effective anti-poverty strategy that exists in this society. The presence of a father and mother provides stability, team work and resiliency to aid in the social growth of children, shared responsibilities among adults, and comfort and security in old age. In effect, the family unit represents at least three social programs all joined into one.

The return to family is inevitable if the black community is to survive and thrive in the post-civil rights era. Family was the backbone of African-American society during some of the most trying times in our nation’s history. Strong families became pillars in the black community during de jure segregation in the south, and they were essentially the first ‘black-owned’ institutions in the time immediately following slavery. More importantly, families became the basis of other institutions that would play a critical role in the development and advancement of the African-American community: the church, small family-owned businesses, black insurance companies and savings institutions, black colleges, and ultimately civil rights organizations such as the NAACP.

People have criticized conservative blacks and even President Obama for stressing the importance of fatherhood in growing healthy, empowered societies. Critics have quibbled with even the notion that blacks are in control of their ability to form strong families; they point to the overall trend of increased divorce and childbirth out of wedlock in the general society. They might look at black male incarceration rates or high school dropout rates as proof that the plight of black families is beyond the control of those giving birth to children. But those people are totally missing the point. Those at the bottom of the socio-economic ladder can ill afford to give in to the social pathologies that affect the country overall. The effects of drug dependency are much more destructive among the poor than the rich. And so it is with divorce and single parenthood. People in a disadvantageous position have to be more – not less – self-disciplined than other populations.

The return to a focus on family is surely a conservative approach to societal development that flies in the face of progressive policies that have attempted to introduce the state as the primary institution of support for people. However, in the face of the continuing retrenchment of state services after a decades-long social experiment that produced very little given its immense size and scale, people must again rebuild the traditional support structures that made America great.