Correlations, not Causations of the Navy Yard Massacre 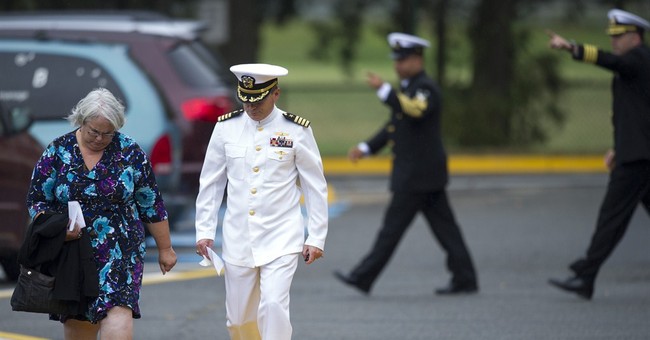 I can tell you several things that did not cause the Navy Yard Shootings last week: AR-15s, video games, and partisanship. On the flip side, I can tell you what contributed to the massacre: mental instability, poor security, and a failure of the vaunted clearance system and NSA.

In the immediate aftermath of the shooting, before the blood had even dried, liberals and the media howled that Aaron Alexis used an AR-15. This, of course, led to immediate calls from the usual talking heads, Sen. Feinstein, and Pres. Obama to ban assault weapons. But Alexis did not use an AR-15, he used a shotgun, the same type of weapon used in the Columbine massacre, and the recommended gun-of-choice of Vice President Joe Biden. Strange that the gun used in more mass shooting incidences is not the one that liberals are demanding be banned. I guess that is simply an oversight on their part… or confirmation bias.

Alexis shot two guards with the shotgun, grabbed their pistols and used them to mow down innocent victims. No law that the left has espoused could stopped such an act.

Not much after the liberals blamed a gun that was not used, The Drudge Report attempted to get conservatives in a tizzy about violent video games. The UK Daily Mirror, a source on par with the National Enquirer, received the top headline link for a story claiming Alexis played games up to 18 hours a day. They note he played Call of Duty and World of Warcraft.

Call of Duty is the biggest selling series of games of all time, selling over 100 million copies, with over 40 million active players on any given day. World of Warcraft is the most played Massive Multiplayer Online Role Playing Game (MMORPG) ever, currently boasting over 7 million subscribers. As usual, we have a case of correlation, not causation. Hundreds of millions of people worldwide play video games. Less than .0000001% of those become mass murderers. Over 200 million Applying the same stupid logic: Americans watch football, the most violent sport in the modern world. For some reason, no one foolishly correlates football viewership with mass shooting, even though I bet 100% of those murderers watched football.

Attacking video games as the root cause of mass violence is as feeble a hypothesis as when Tipper Gore claimed Dee Snider and Hair Metal was corrupting our youth in the 80’s, or Frederic Werthan blaming comic books for destroying lives with his book Seduction of the Innocent back in the 50’s.

You also usually see pundits quickly looking for political or religious reasons for these types of shootings. Alexis was apparently a democrat and Obama supporter, as well as a Buddist. What does that tell us? Nothing. Those who carry out jihads or political assassination declare their allegiances before (through notes and conversations), during, or after (if they survive). Nadal Hassan was attempting jihad at Fort Hood and Timothy McVeigh was anti-government. Alexis, like Adam Lanza of Newton, was crazy. There is no explaining crazy.

When I say crazy, I mean Alexis was hearing voices and had been treated for mental disorders. He had been treated several times by VA (Veterans Administration) hospitals for physiological issues, and he even called the police a few days before the shooting to complain about the voices, but no one did anything. Maybe if people took initiative when obvious mental disorders are being reported, we may have avoided this and other tragedies. Instead, we have government officials whose job it is to treat mental issues failing their patients, and lawmen who are supposed to protect and serve laughing off such calls or simply refusing to investigate for fear of paperwork and getting involved in less glamorous work.

I am not suggesting we go the way of the movie Minority Report and start a special pre-crime unit, but there are certainly laws and capabilities that can be utilized for pro-active crime prevention rather than reaction. Some will quickly point to banning guns as THE ANSWER, but until the Constitution is amended to nullify the Second Amendment, such calls are just spitting in the wind. Other effective methods can and must be tried. I can tell you this: a man with a history of mental illness and two arrests for gun-related incidences should not come up all clear in a quick background check to buy a shotgun.

If government—local, state, and federal—are going to continue to cut services, equipment, and personnel in the law enforcement and security fields, then we absolutely must work harder to thwart crimes before they happen instead of waiting to clean up the aftermath.

Lastly, if you buy into the myths perpetuated by the followers of Edward Snowden and Wikileaks, the NSA and other US government agencies spend all their time prying into every single email and phone call looking for terrorists, both foreign and domestic. If they are so invasive, how did they miss Alexis? A man with a poor military service record, two arrests, and mental issues should never be approved by the government and given a Secret clearance. Perhaps it was too obvious. Maybe Big Brother is so caught up in looking in the shadows or reading through your sordid emails that he cannot properly read reports on candidates for clearance when they land on his desk. Or maybe despite its overreach, Big Brother is more like Somewhat Attentive Cousin.

That does not mean we need more Big Brother, but we do need the government to do its job and properly vet those who are going to be in sensitive positions, like Alexis, or Snowden, or Manning. Each case had glaring red flags, and each time government napped.

In the end, what we have is a horrific phenomenon that has no easy answers. By now, the media should know better than to jump to conclusions and report fallacies. Also, pundits and politicians must stop trying to blame pop culture, weapons and ideologies that are not part of the causation. Instead, we need to start taking mental illness seriously, enforce laws we already have, and demand more accountability from our government and officials whose job it is to treat, protect, and/or investigate. This, unfortunately, will not be the last mass shooting, but we must work harder to prevent such tragedies before they occur.