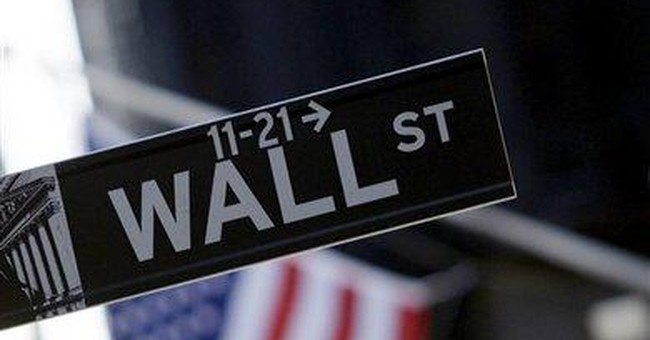 Americans must face the grim reality that the Obama stimulus package has not and will not create the millions of jobs promised. Yes, the TARP money has impacted the stabilization of the financial markets, but in the long run it won’t be enough to sustain it. When will this administration proclaim that, only through the business community (large and small), and the business community only, can the economy be truly stimulated and create jobs for the long term. Industry leaders are speaking vociferously on how this administration’s economic policies are severely undermining free enterprise in America. They’re hoping that the Obama Administration will have an epiphany sooner, and not later, before the crisis is insurmountable.

If President Barack Obama truly wants America’s financial community to help accelerate the recovery, he should stop publicly blaming it for the recession and unemployment. Instead, he should praise it for creating the most effective financial system in the world and make it his partner in the recovery.

Currently, the president is sending the financial community mixed messages. On the one hand, he is correctly reminding our banks that the government helped stabilize the financial meltdown by bailing them out.

As a result, the banks owe an extraordinary effort to help accelerate the recovery by increasing lending to small and medium-sized businesses. On the other hand, the administration's bank regulators are forcing the banks to tighten credit standards so they make fewer risky loans. In addition, the regulators are requiring banks to write down performing loans on their balance sheets that are collateralized with devalued property. This write-down reduces a bank’s capital and its ability to make additional loans. Therefore, it should not be a surprise that government policy is contributing to a reduction in bank lending.

The demand for bank loans by small and medium-sized businesses has also declined because of the toxic political environment in Washington.

Small and medium-sized businesses are reluctant to invest borrowed money in risky projects and hire additional employees given the political overhang. This overhang includes: a probable 10 percent increase in income taxes on the wealthy and small businesses in 2011; a significant but unknown increase in healthcare costs; the prospect of unionization through card-check; an expected increase in energy costs through cap-and-trade and the Presidents Copenhagen commitments; increased financial regulation; and anti-banking and -business rhetoric from both the Democrats and Congress.

Instead of using Wall Street as the whipping boy for the economy’s ills, the president should publicly praise Wall Street for creating the most effective capital market in the world. There is no other country in the world where capital is so easily available to small and medium-sized businesses. There is no other country where capital is so readily available to consumers for homes, cars and major appliances.

Better yet, capital readily available for Americans put individuals through higher education institutions which not only elevate their status, but the overall status and competitiveness of the American labor force. This is capital that the American people can’t afford to live without.

President Obama and his economic lynching squad seemly have no mercy in their exploits as they seek to punish all of those that don’t fit into some piece of their greater agenda. Unfortunately for the American people, this blame is being foisted upon venture capitalists. Venture capital has been one of the great advents of our modern economy. And, is a major reason why the American economy is so much further ahead than our competitors. For the most part, they are known for providing funding and invaluable business savvy to companies that show high growth potential in industries such as healthcare and technology.

Venture capital has been behind some of the great companies of our time; such as Google and Compaq. And yet, Geithner and his thugs want them to be regulated by the Security and Exchange Commission. This cripple high potential startups all over our nation.

What has to be even more confusing to the American people and the banking industry is that our government has not accepted their role in this crisis. A large part of this crisis is the result of what happens when government manipulates the market in order to serve their political ends. Fannie Mae, a pseudo government entity, has been a place where Democrats have long placed their constituents in working positions for the returned support of their candidates –in which Fannie Mae gave large contributions on several occasions. But, it was the political agenda of Democrats that gave mortgages out as a form of welfare that put people in homes they couldn’t afford.

Yet, with all of this, our government doesn’t want to accept what can happen when bureaucracy and agendas spill over into the pristine movements of the market –and now, these markets have been polluted.

Instead of letting the pollution work its way out of the system, regulators and market overseers are causing more damage by piling regulation upon regulation on an already fragile system. This regulation will not only increase the cost of doing business, but it will stall the development and release of new products upon the market.

This extra activity is exactly what America needs in order to fuel the jobs that will put dinners on tables in homes across America. The leaders of our country shouldn’t be doing everything in their control to stifle economic growth in a moment when the people of our country need it stimulated most.