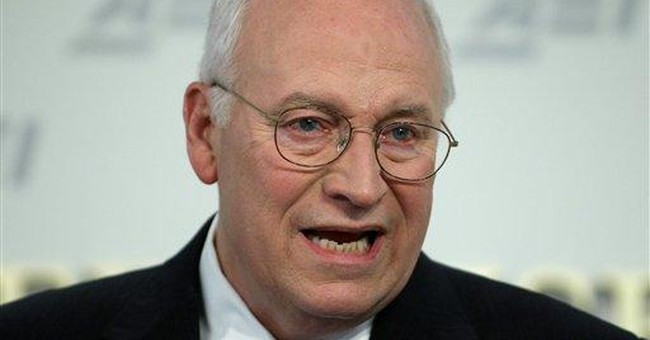 “Better Red than Dead.” That was the effete refrain of liberals during the Cold War heyday. In other words, if the United States were required to choose, it should ape Communist tyranny rather than accept mortal risks in defense of freedom. The United States rejected the liberal dogma. Soviet Communism died in 1991.

At present, a variation of the “Better Red than Dead” debate confronts the United States: namely, “Better Safe than Free.” The argument is that it is better to be safe in vassalage to a secret, omnipotent government in which the President is the law than to enjoy the thrill and dignity of self-government, transparency, freedom, and checks and balances because of an arguably greater risk of a terrorist attack. The debate’s background is a post-9/11 environment of permanent war with international terrorism and a planetary-wide battlefield that authorizes the United States to employ deadly military force and military law everywhere in the world—including in the United States itself. Former Vice President Dick Cheney’s National Security Speech at the American Enterprise Institute last May 21 illuminates the debate.

Its leitmotiv was that after the hijackings and murderous abominations of 9/11, the Bush administration was tasked to do anything the President saw fit to make the United States less exposed to a second edition of 9/11, for example, vandalizing the United States Constitution in contradiction to the President’s constitutionally required oath to defend and uphold the Constitution in all its moods and tenses.

Thus, the Bush administration detained suspected enemy combatants—citizens and non-citizens alike—without accusation or charge at Guantanamo Bay. The United States Supreme Court, dominated by appointees of Republican Presidents, held the practice unconstitutional. The Bush administration established military commissions by executive order to try alleged war crimes with secret evidence and the combination of judge, jury, and prosecutor in a single branch. The United States Supreme Court held the commissions illegal. The Bush administration prohibited enemy combatant detainees from challenging the legality of their detentions in federal courts. The United States Supreme Court held the prohibition unconstitutional. The Bush administration conducted warrantless electronic surveillance against an indeterminate number of Americans on American soil, the “Terrorist Surveillance Program (TSP),” in contravention of the Foreign Intelligence Surveillance Act (FISA). Congress had amended FISA on numerous occasions after 9/11 to adapt to new communications technologies and to make adjustments for the heightened danger. The fact that the United States would be spying on suspected international terrorists or their aiders and abettors would not have been news to Al Qaeda. Its members generally hail from nations where spying is ubiquitous. They are indifferent as to whether they are spied on with or without judicial warrants. The same means of evasion are taken. The TSP, nevertheless, was concealed from the American people to circumvent public scrutiny and accountability. The Bush administration employed every legal maneuver in the books to circumvent a judicial ruling on the legality of the TSP, for example, invoking the defenses of state secrets or lack of standing. Government by the consent of the governed, however, is a farce if the people do not know generally what their government is doing.

The United States treaty and criminal prohibition against torture contains no exceptions. There is no ticking time bomb exception and there is no “High Value Detainee” exception. There is no urgent information exception. Of course, such exceptions can be made part of the law if Congress amends the anti-torture law or the President revokes the torture treaty. But neither was done during the Bush administration.

The United States prosecuted “waterboarding,” i.e., simulated drowning, as torture during World War II when practiced by the Japanese against American captives. The United States law prohibiting torture defines it as creating an imminent fear of death that causes prolonged mental pain or suffering. Republican Department of Homeland Security chief Tom Ridge declared that waterboarding constitutes torture under United States laws. Yet neither the Bush nor Obama administrations have done anything to criminally investigate waterboarding as torture.

In the process of seeking to make the United States absolutely safe, the Constitution and rule of law have been crippled.

It speaks volumes that the American Enterprise Institute Address never once mentions the sole oath that the President, Vice President, and all other officers of the United States are required to take: namely, to support and defend the Constitution. Mr. Cheney speaks of “the strategic thinking behind our policies,” “defending the country” rather that defending the Constitution, “our job was to stop [a sequel attack],” and, “to make certain our nation never again faced such a [9/11] day or horror.”

Of course, the best way to reduce to zero the probability of another 9/11 is to kill every person outside the United States. No sane person, however, believes in that harrowing counterterrorism strategy. The problem with the “Better Safe than Free” slogan is t hat no standard for line drawing is hazarded. Should the police be authorized to arrest or search any citizen on a hunch that the target might be a terrorist? Why not intercept every conversation and every email of every American in the United States in the hope that communications will be captured with clues about the next would-be act of terrorism?

Cheney’s general counterterrorism theory is if there is even a 1% chance of a national security danger of some sort, t he President must treat the prospect as an absolute certainty and act accordingly. For instance, if there is a 1% chance that a citizen or non-citizen is guilty of a war crime, the United States government should treat the suspect as categorically guilty. Forget about proof beyond a reasonable doubt or even by a preponderance of the evidence.

British arch-conservative statesman Edmund Burke admonished as the British Empire soared: ““I dread our own power and our own ambition. I dread our being too much dreaded. It is ridiculous to say that we are not men, and that, as men, we shall never wish to aggrandize ourselves.” The United States should heed that admonition in its quest for absolute safety.