An Over-Stimulated Economy Won't Work Either 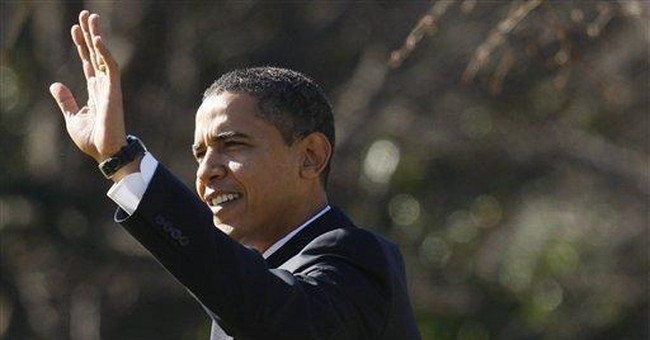 In the rush to get a new spending bill out of the congress as soon as possible, proponents of the massive bailout seem to have overlooked a fundamental point: the government cannot possibly cure what ails the American people by pouring more money on the problem.

Speaking before a cheering crowd in Florida last week, one would have thought the President was announcing a new victory in the War on Terror, or a new milestone in economic growth. The fact that the President had come to deliver some sobering news about the state of the economy seemed to have been lost on the crowd, who roared with glee even before the President had a chance to lay out his analysis of the Economy’s woes (which he did with remarkable candor), and seemed to ignore the fact that the proposed stimulus was being funded almost purely out of massive government borrowing. It may be remiss of me to point out the obvious but isn’t spending money we don’t have what got us into this financial debacle in the first place?

The very notion that we can borrow our way out of the recession seems to be the latest diversion these days, but it is bound to have unintended consequences. For starters, it sends the wrong message to consumers and businesses in our economy that are already leveraged to the hilt in debt. It sends the message, whether intended or not, that spending profligately beyond our means will ultimately save us from the results of having lived beyond all measure of financial prudence as individuals and as a nation. It fails to set the stage for a new approach to personal and national fiscal discipline, and instead removes the responsibility for our actions from ourselves to our children or our grandchildren, both of whom we are counting upon to pay the cost of our collective love affair with credit.

The stimulus also seeks to supplement state government spending on municipal employment and government-owned infrastructure, making the Government the employer of last resort. Almost absent from the proposal thus far is any suggestion that market-oriented reforms will be given a chance. In fact, the stimulus is being administered in a way that suggest the President and his advisors believe that the Federal Government can replace the market as the economic engine of this country. Whatever one believes about the causes of this latest economic debacle, whether corporate greed or individual excess, the fact remains the free market system has a t wo-century long track record as the creator of unprecedented wealth in America. No government-administered program can match the ingenuity and strength of the American people.

One of the stated aims of the program, according to new commerce Secretary Geitner, is to restore consumer confidence and get them spending again. This philosophy seems to be predicated upon the mischaracterization of the market upheaval as a “liquidity crisis.” This euphemism needs to be instantly removed from the national lexicon. It disingenuously implies that there is some untapped source of wealth out there that can be released if only the government forks over massive amounts of capital to the banks. The term hides the fact that the credit markets are responding to a contraction in the total amount of wealth. In fact, what we are facing is not a crisis of liquidity, but a crisis of wealth itself. No amount of financial chicanery can hide the obvious and incontrovertible fact that Americans are, by even conservative estimates, at least $11 trillion dollars poorer now than when the financial meltdown began. No amount of increased liquidity – that is access to money – can hide the fact that the economy has contracted.

The good news is that a contracting economy is not necessarily a bad thing. Like a drunken sailor waking up just in time to hear the last port call, the effects of a night of binge spending may be wearing off. The last thing we need is to restore a false confidence in the market, which makes credit widely available to an already spending-drunk population. In fact, tightening our belts, have less access to credit, and being forced to increase savings is a better, but necessary pill that America must ultimately swallow.

It is also a bitter pill for the Government to swallow. President Obama seemed to suggest in his first press conference that the stimulus was necessary to get people spending again, and thus increasing government revenue that would be needed to pay for the massive debt being incurred by the government in the spending bill. As we have already seen, the first half of the financial industry bailout did almost nothing to spur private investment or extend credit to consumers, and almost entirely went to funding financial industry consolidation: that is, banks used the money to buy up other banks and not to extend credit to individuals and small businesses for whom the bill was purportedly passed. What makes us think that pouring more than a trillion more dollars on the flames will put out the fire?