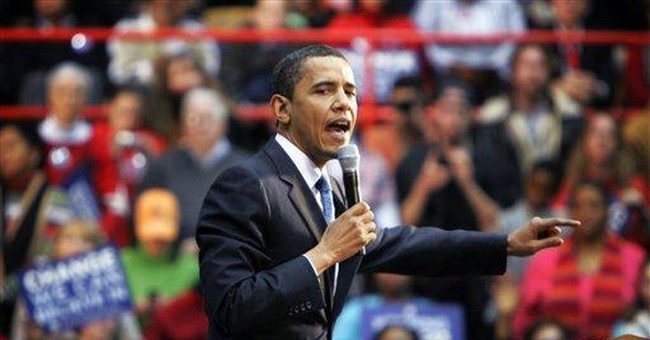 Who is the real Barack Obama?

No, this is not an analysis of the leading man’s patriotism, plagiarism, race, or religion, because the reality on those blogosphere topics is simple. He is as patriotic – if not more so – than you and me. He is not a plagiarizer; that was merely the weakling Hillary Clinton trying to find a dent in his armor. He is a different race than past Presidents, but who really cares in this day in age besides a few crazies out there? And he is Christian – not Muslim, nor supportive of terrorists – despite what a group of bloggers and wack jobs out there want you to think.

Now that those issues are eliminated from the discussion, let’s take a real look at the Senator from Illinois. By examining his voting record, analyzing his experiences, and evaluating his prior work, we can begin to determine if this is the man we want leading our country back to greatness.

Before I vetted him, Obama seemed like an ideal candidate. He is young, charismatic, optimistic, intelligent, and energetic. He exudes confidence, speaks well, debates finely, and listens just enough to be considerate but not indecisive, and can galvanize the public and unite people like nobody we have ever seen. But then there is the other side of him.

Obama was given an 8 out of 100 lifetime rating (meaning he is one of the most liberal lawmakers) by the American Conservative Union, a conservative group that issues a report card on the voting records of members of Congress. Likewise, the liberal group, Americans for Democratic Action, rated Obama’s voting record in the Senate at 97.5 percent, near perfection for liberal Democrats. The National Journal even named Obama the most liberal Senator in 2007. So what exactly was he voting on that made his rankings so liberal?

Obama never voted for the Iraq War because he never had to – he was not elected to the United States Senate until 2004. However, he consistently rails on the war, saying that it was a distraction that prevented America from focusing on Afghanistan, it was ill-advised, and that troops should be immediately, but gradually, be redeployed leaving only a small number in the country to conduct counterterrorism operations and protect diplomats. Obama has supported most measures that call for troop withdrawals and/or reductions.

Obama supported comprehensive immigration legislation that would give illegal immigrants a chance for citizenship. He missed the vote (but said he would have voted NO) about legislation that called on the Bush administration to reduce Iranian influence on Iraq and to designate the Iranian revolutionary guard as a terrorist organization. In other liberal moves he once called for ending the embargo with Cuba (he later altered this statement), decriminalizing marijuana (he admits to past drug use in his autobiography and claims to now oppose the idea), and using all public funding for campaigns.

While an Illinois State Senator for eight years, Obama voted “present” 130 times instead of taking a definitive stand on the issue at hand. Hillary Clinton said this earlier in the month about his propensity to duck certain issues: “You cannot achieve the kind of changes we want by voting 'present' on controversial issues.” Worse than his “present” votes however, was his vote in 2001 against a measure that would have expanded the penalties for some gang activity to include the death penalty?

Although he comes off as a clean lawmaker with little lobbyist influence, he has ties to indicted political fundraiser Tony Rezko, including a shady housing purchase by Obama and Rezko on adjacent properties. But let’s get back to the votes, where we can clearly see where Obama stands on the issues.

In 2007 he voted against banning partial birth abortions, for expanding research on stem cell lines, against declaring English as the official language of the US Government, for the minimum wage hike, against raising the estate-tax exemption to $5 million, and for the redeployment of troops out of Iraq by March of 2008. If these aren’t liberal votes, I don’t know what are.

Senator Barack Obama is a decent and honorable man and has the potential of being a tremendous leader someday. But before you get caught up in his charisma and optimism, make sure you clearly understand where he plans to take the world’s lone superpower. Experience especially in the area of foreign policy is increasingly important with the instability around the globe. Many rogue nations and world leaders would test the Senator early on in his administration making a determination about his leadership, wisdom, and judgment. A comprehensive examination of his quotes, votes, and experience, tells me that this man needs to be more vetted by the media and seriously challenged by Senator McCain on the issues that matters most to us as countrymen home and abroad.