Anthony Scaramucci
|
Posted: Dec 21, 2018 10:35 AM
Share   Tweet
The opinions expressed by columnists are their own and do not necessarily represent the views of Townhall.com. 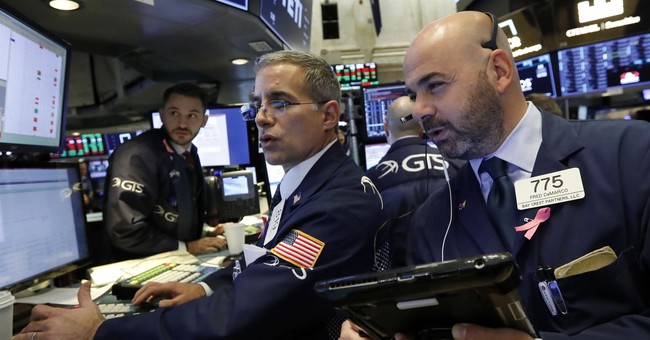 The U.S. economy is in remarkably good health, and the Federal Reserve risks upsetting the apple cart with its unjustified interest rate hike.

The Fed raised interest rates by .25 percent at its December 18-19 meeting, a move that President Trump rightly called “foolish” in light of his ongoing trade negotiations with China and other major U.S. trade partners.

The President makes a good point. Since a stronger dollar makes U.S. exports less competitive and tends to increase net imports, higher interest rates threaten to undermine the value of the targeted counter-tariffs President Trump is using to get China to negotiate a fair trade deal — a strategy that has already paid off with respect to Mexico and Canada, and South Korea.

The President has also pointed out that hiking interest rates could carry risks for the U.S. economy in the event that developments in Europe or elsewhere — such as the ongoing Brexit negotiations or the anti-government protests in France — cause a negative shock to the world economy. If that were to happen, interest rates could mean the difference between an economic slowdown and a recession.

Economic reports released just one week ahead of the Fed’s next meeting, moreover, presented a strong case for keeping interest rates at the previous target range of between 2 and 2.25 percent.

By law, the Fed is only supposed to change interest rates in order to stabilize prices or maximize employment — rates go up to keep the economy from overheating if unemployment is too low or inflation is too high, and they go down if an economic slowdown causes high unemployment or reduces the inflation rate.

The latest Consumer Price Index (CPI) data show that the cost of living remained flat in November, pushing inflation down to just 2.2 percent over the preceding 12 months. That’s almost perfectly consistent with the 2.1 percent inflation rate recorded in both 2016 and 2017, which is only slightly above the Fed’s target of 2 percent inflation.

Raising interest rates at this point is likely to put too much downward pressure on inflation, which in turn would put a leash on economic growth in the near future.

The unemployment rate has also leveled off recently, after plunging to a 50-year low of 3.7 percent over the course of Donald Trump’s presidency. November marked the third straight month that unemployment remained stable, arguing against fears that the economy is overheating.

Some analysts have speculated that rising wages — average hourly pay has increased 3.1 percent over the last 12 months — might have formed part of the Fed’s rationale for raising interest rates, since higher consumer spending could theoretically push prices up. Yet, while wage growth has certainly been solid, it’s merely been keeping up with the growth of the overall economy, which is on pace to exceed a GDP rate of 3 percent for the year.

Given that both unemployment and inflation have stabilized at levels that are indicative of a strong, healthy economy, it was premature for the Fed to raise interest rates in anticipation of inflation that may never materialize.

If wage gains do end up exerting inflationary pressure, the effects likely won’t be felt for months, at which point the Fed could have simply reconsidered an interest rate hike at its next quarterly meeting. If the inflation predictions turn out to be wrong, though, raising interest rates now might actually be damaging to the economy.

President Trump was right: raising interest rates at this point was foolish. The Fed should have heeded the President’s sound advice.