A Tough Night At MSNBC 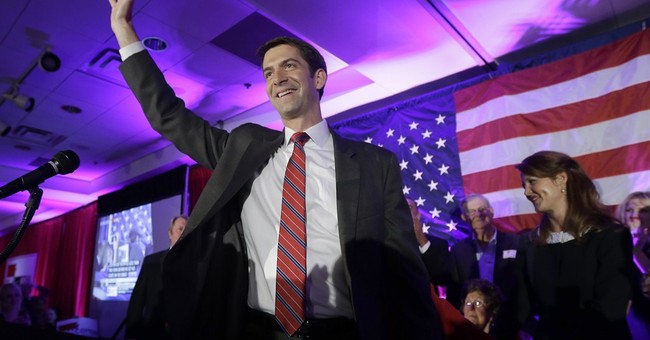 Measure 88 won more votes than anything else on the Oregon ballot. More votes than pot legalization. More than the incumbent governor, the incumbent senator or any of the six other ballot measures. The widely popular, landslide winning Measure 88 prohibits illegal immigrants from getting drivers licenses.

In the nightmare scenario for MSNBC, by midnight Tuesday night, Republicans won 52 senate seats – 53 with their probable win in the Louisiana runoff in December, 54 if they win Alaska and 55 if they win Virginia. And I’m not even counting Democratic flips.

Don’t you wish all these new Republicans were joining Republican senators Richard Lugar, Mike Castle and whatever Republican was running against Todd Akin? How about Rob Simmons in Connecticut, who would be the senator from Connecticut if self-serving GOP consultants hadn’t gone for the money-bags, unelectable candidate instead? Without tea party challenges and greedy Republican consultants, Republicans would be looking at 59 senate seats in the next Congress. Maybe 61 with Democrat flips.

One more wave election and it wouldn’t matter who the president is.

And what if the money and energy wasted this year saving incumbent senators Mitch McConnell, Thad Cochran and Pat Roberts from tea party challenges had been spent on senate elections in New Hampshire, Virginia or Minnesota? These guys weren’t Arlen Specter! They weren’t even John McCain or Marco Rubio.

(The only person who had a worse night on Tuesday than MSNBC’s Rachel Maddow was Marco Rubio, who just lost the only argument for not primarying him in 2016.)

Republicans won every possible senate and governor’s seat, but one: long-shot, come-from-behind Scott Brown in New Hampshire. A month ago, no one thought we’d even be talking about New Hampshire on election night.

But Brown was such a fantastic candidate, aggressively denouncing amnesty and open borders, that he managed to single-handedly turn a safe-seat for the Democrats into a bloodbath. He is surely responsible for at least one Republican senate win by forcing Democrats to divert precious resources to New Hampshire.

Without many silver linings, all of MSNBC’s bitterness election night was directed at Scott Brown.

An angry Rachel Maddow repeatedly told her little joke about Brown being the first man to lose to two women in two states. Hey Rachel: Martha Coakley just became the first woman in the same state to lose to a man in two elections for two different offices -- senate and governor!

It was a tough night for Rachel. For those of you who haven’t seen her show, words cannot capture the giggling, smirky cutesty antics that accompany her remarks.

Exactly two months ago, Rachel was hyping Princeton’s Sam Wong, who, in 2012, “correctly predicted all 33 U.S. Senate races”! I don’t remember those being that hard to predict, but it impressed Rachel. “According to Sam Wong`s calculations,” Maddow smirked on September 3, “the odds of the Democrats holding onto the Senate nationwide for the whole country, those odds move to 85 percent.”

One month ago, Rachel was gloating about Kansas governor Sam Brownback heading to defeat because of his experiment with “massive” tax cuts. “The result of Sam Brownback’s experiment,” she said, “is, number one, that Kansas is broke. Number two, that Sam Brownback is losing his re-election bid to a centrist Democrat who warned that Kansas couldn`t afford those cuts.” Tuesday Night Election Results in Kansas: Sam Brownback: 49.9% Paul Davis: 46.1%

Rachel on Arkansas, earlier this year:

“Basically the unanimous beltway common wisdom was Mark Pryor, Democratic senator from Arkansas was definitely going to lose this year. … Except that it is not at all what happened. Check this out. Mark Pryor has been polling 10 and 11 points ahead of this Tom Cotton guy who is running against him. Senator Pryor is up in this race by double digits.”

And what ever happened to A-Star-Is-Born, Wendy Davis? MSNBC spent all of 2013 telling us she was going to be the next governor of Texas.

Instead let’s review a few of Tuesday’s highlights:

-- The deep blue states of Maryland and Massachusetts will now have Republican governors.