Pro-Life Bill Protects The Most Vulnerable 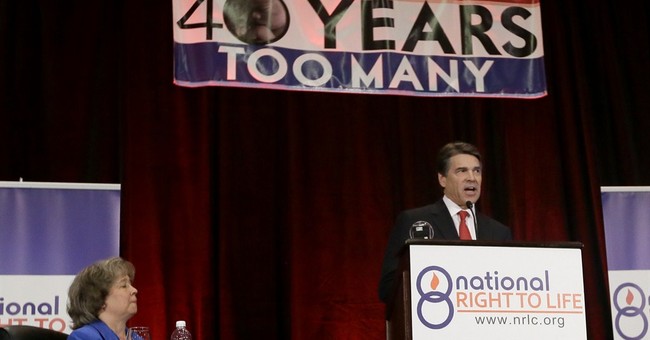 Many abortion supporters have been careful to condemn the actions of Kermit Gosnell, who was convicted of murder for killing babies born alive after botched abortions. Yet similar actions are legally committed everyday in our country as long as they are completed inside, rather than outside, the womb. These late-term abortions inflict excruciating pain on the unborn child, and unfortunately are not rare occurrences. U.S. Rep. Trent Franks’s (R-AZ) recently-passed bill, the Pain Capable Unborn Child Protection Act (H.R. 1797), would end this inhumane practice by banning abortion past the point at which the unborn child can feel pain, at 20 weeks. The bill is headed to the Senate.

Science has shown that the unborn child can experience pain by at least 20 weeks gestation. Thus anesthesia is regularly administered to unborn children during prenatal surgery. Leading researcher in the area of fetal pain, Dr. Kanwaljeet Anand, testified in 2004 before the District Court of Nebraska, “It is my opinion that the human fetus possesses the ability to experience pain from 20 weeks gestation, if not earlier and the pain perceived by the fetus is possibly more intense than that perceived by term newborns or older children….”

Testimony on the introduction of Franks’s bill by former late-term abortionist Dr. Anthony Levatino brought home the horrifying realities of abortions performed on unborn babies who we know can feel pain. Levatino described the process of dismembering a live baby inside the womb in graphic detail. That anyone could listen to this testimony and not be moved to end this atrocious practice is beyond comprehension.

Despite the evidence and the lessons learned by the Gosnell trial, there are Members of Congress who not only refuse to take steps to protect these unborn children, but also decline even to defend their position to the public. Most recently, former Speaker Nancy Pelosi, who condemned Gosnell’s actions as “reprehensible,” was asked the very relevant and reasonable question, “[W]hat is the moral difference between what Dr. Gosnell did to a baby born alive at 23 weeks and aborting her moments before birth?” Even though she was willing to address the actions of Gosnell, Pelosi acted shocked and offended at this question. She responded by first vastly misstating the effect of Franks’ bill, saying that it would “make it a federal law that there would be no abortion in our country.” The former Speaker is either stating all abortions occur late in pregnancy, which the pro-abortion activists deny, or she is exaggerating in such a way as to betray remarkable ignorance or deliberate falsification.

Ms. Pelosi then went on to refuse to answer the question, referenced her Catholic beliefs, and ended by saying, “I don’t think this should have anything to do with politics.” This comment is less an artful dodge than an incoherent retreat. The conscience of the nation deserves a better response than this.

As a Member of Congress, Ms. Pelosi is well-aware that abortion is a political issue, whether she believes it should be or not. Abortion on demand was imposed by Roe v. Wade and is regulated by states and by Congress. Thus it is her job to represent the people of her district and her job as Minority Leader to represent the Democrats in her caucus. She, like other representatives, must be held accountable to the American people for their support or opposition of legislation put before the House -- including bills on abortion. Her avoidance of the issue only drives home the fact that Ms. Pelosi and her allies have no reasonable defense for opposing legislation meant to protect the most vulnerable persons among us.

Allowing pain-capable children to be dismembered in the womb is an overt violation of human dignity. In this country, of all countries, we can and must do better. We must not allow these barbaric practices to continue and we must hold our representatives accountable in their vote for or against legislation that reflects the will of the people. The passage of H.R. 1797 in the House of Representatives is a positive first step toward ending abortion on pain-capable unborn children. We now look to the Senate to stop future Gosnells and put an end to brutal late-term abortion practices by passing legislation to protect pain-capable children.