Angela Morabito
|
Posted: Jun 21, 2017 9:30 AM
Share   Tweet
The opinions expressed by columnists are their own and do not necessarily represent the views of Townhall.com. 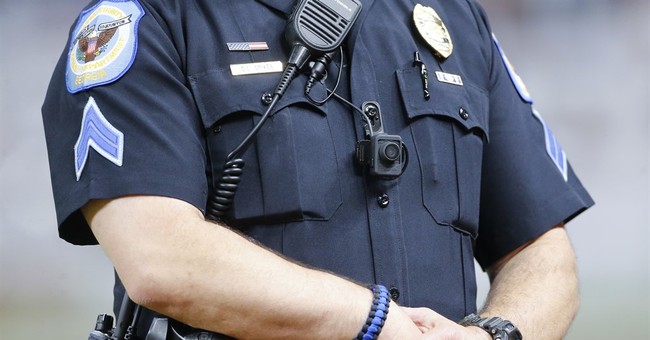 In June 2012, the U.S. Supreme Court struck down large parts of an Arizona state law intended to give local law enforcement the power to enforce federal immigration laws.

The ruling in Arizona v. United States held that three sections of S.B. 1070 were pre-empted by federal immigration law. The Obama administration, which opposed the Arizona law, along with advocates for open borders, hailed the ruling, contending that the U.S. couldn’t very well have 50 different immigration policies.

Many of the same folks who railed against a single state setting its own immigration policy are now vehemently supportive of states — and even towns, cities and counties — thumbing their noses at federal immigration law and providing “sanctuary” to illegal aliens.

These hypocritical sanctuary scofflaws are now facing some long-overdue pushback. Their double standard is showing, and people who favor the rule of law – including legal immigrants – are using online advocacy to push back.

First, the scores of sanctuary cities and jurisdictions, large and small now face the very real threat of being declared ineligible by the Trump administration for at least three different federal Justice Department law-enforcement grants.

The threat of losing those funding streams has given at least some of these sanctuary cities and counties pause to reconsider. The Washington Times reported June 2 that 10 jurisdictions have been told by the Justice Department that they have until the end of June to certify that they’re in compliance with Section 1373 of the U.S. Code relating to illegal immigration. If they don’t meet that deadline, they risk losing eligibility for those grants.

At the same time, average Americans who support U.S. national sovereignty and the rule of law are stepping up and doing their part to make it known that they oppose the cities, counties and states where they live harboring illegal immigrants. Sanctuary status does next to nothing for illegal immigrants who do not commit additional crimes. Sanctuary status only helps those who are here illegally AND arrested on additional criminal charges.

Utilizing online petitioning platforms such as StandUnited.org, Americans are making it known to their elected officials that they object to the defiance of federal immigration laws.

In so doing, they’re helping President Trump fulfill his campaign promise to crackdown on illegal immigration and reassert national sovereignty with respect to who gets to come into the country and who doesn’t.

The first such petition calling for the defunding of sanctuary jurisdictions went online some months ago. At the time, we weren’t sure whether it would resonate, but it has grown steadily since then and now boasts more than 43,000 signatures.

Activists also have taken matters into their own hands with pre-emptive strikes in Traverse City, Mich., and Troy, N.Y. These jurisdictions aren’t sanctuary cities — at least not yet — but they are threatening to start shielding illegal immigrants, so locals there are using petitions to stop those harmful policies before they start. Petitions have also been launched against sanctuary policies in Winston-Salem, N.C., and Richmond, Va.

Contrary to what advocates for open borders might want casual observers to believe, neither the people behind these petitions, nor the folks who sign onto them, are anti-immigrant. What they are against is illegal immigration, and that’s a distinction with a very real difference.

These people oppose illegal immigration because it is dangerous and expensive. Believing in secure national borders, and supporting consequences for breaking the law, is not extremism. It is the foundation of the nation-state system we have enjoyed in the Western world since 1648.

You could ask the parents of Kate Steinle, the 32-year-old San Francisco woman who was fatally shot nearly two years ago on July 1, 2015. The suspect in the case is a five-times-deported illegal alien, Juan Francisco Lopez-Sanchez. The Steinle case became a rallying cry of President Trump’s campaign promise to build a border wall.

The Winston-Salem petition is all about fiscal concerns. If sanctuary status results in the Trump Justice Department defunding the city, then legal residents — including legal immigrants — will suffer.

The various petitioners and their signatories aren’t suggesting that Immigration and Customs Enforcement officials come to town and raid a community. What they want is, when local law enforcement officials detain an illegal immigrant who has committed an additional crime (beyond being in the country illegally), that they alert federal immigration authorities.

The bottom line is simply this: It shouldn’t be controversial to expect one’s locality to follow federal law.