Angela Logomasini
|
Posted: Nov 16, 2016 11:54 AM
Share   Tweet
The opinions expressed by columnists are their own and do not necessarily represent the views of Townhall.com. 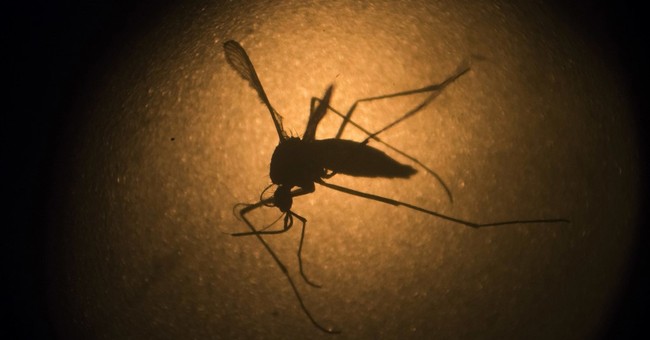 President-elect Donald Trump has promised that he will focus on reversing an expanding federal regulatory burden. As part of that agenda, he should address regulatory hurdles that undermine efforts to control dangerous mosquito-transmitted diseases, such as the Zika virus.

Quick action on Zika is essential as it spreads in Florida with potential serious health effects. Zika can cause microcephaly, a serious and disfiguring birth defect that causes babies to be born with small heads and underdeveloped brains. In adults, Zika infections can produce Guillain-Barré syndrome, a condition in which the body’s immune system attacks the peripheral nervous system, causing numbness, tingling, and even paralysis.

Zika is just one of many dangerous insect-borne diseases that threaten public health in the United States. In 1999, the West Nile virus appeared in New York City, and since then it has caused nearly 2,000 deaths and more than 20,000 cases of serious and debilitating neuroinvasive disease. According to the Centers for Disease Control and Prevention, ticks cause 20,000 to nearly 30,000 cases of

It will take an integrated mix of technologies and approaches to address Zika and other mosquito-borne diseases. So far, Congressional debates have focused on doling out federal dollars with the hope it will somehow solve the problem. Instead, policymakers should seek to reform regulations that delay, deter, and sometimes even ban useful mosquito-control tools.

For example, there are vaccines and other medical technologies under development that might someday halt Zika and other insect-borne diseases. Yet Food and Drug Administration rules require excessive testing, which needlessly increases the cost and slows approval, a problem that Hoover Institution scholar Henry Miller, M.D., details in The Wall Street Journal.

Similarly, local vector operations could release genetically modified male mosquitoes to breed with female counterparts in the wild. These males’ progeny are incapable of developing into adult mosquitoes, resulting in substantial reduction of mosquito populations and the diseases they carry. Yet as Miller and his colleague John Cohrssen point out in Forbes, approval of genetically modified mosquitoes has also proved

Local vector control officials also need access to traditional mosquito control tools, including pesticides, specifically larvicides that target both adult mosquitoes and larvae. But as a National Academy of Sciences report warned back in 1992, “A growing problem in controlling vector-borne diseases is the diminishing supply of effective pesticides.” Because all pesticides must go through an excessively onerous registration process at the U.S. Environmental Protection Agency (EPA), “some manufacturers have chosen not to reregister their products because of the expenses of gathering safety data. Partly as a result, many effective pesticides over the past 40 years to control agricultural pests and vectors of human disease are no longer available.”

In 1996, Congress made the problem worse with the passage of the Food Quality Protection Act (FQPA), which made pesticide regulation even stricter. At the time, lawmakers claimed that reforms would make pesticide laws more reasonable and less stringent, but their reforms had the opposite effect. Pesticide companies have largely stopped making and investing in pesticides designed for mosquito control because FQPA regulations make those markets unprofitable.

Mosquito control officials now are left with only a handful of products. The overreliance on this small set of products contributes to the development of pesticide-resistant mosquitoes, making the pesticides less effective over time.

To add insult to injury, vector control operations also face needless red tape associated with the Clean Water Act (CWA). In 2009 a federal court ruled that the law applied to already legal products used for vector control. As a result, vector control operations must get CWA permits before applying larvicides to standing water or spraying pesticides near waterways. These regulations make little sense, as the products are already EPA approved as safe for those uses.

It’s time to unshackle our local vector control operations with regulatory reforms that allow the development and deployment of various pest-control technologies. The Trump administration can achieve some reforms within the existing regulatory structure, but more far-reaching ones may require collaboration with Congress.