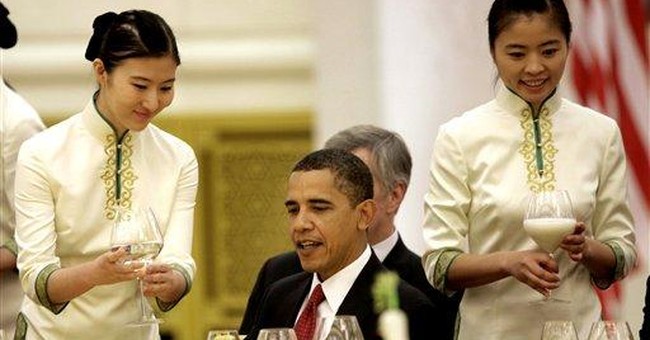 Teaching introductory logic for ten years made me vividly aware of the low average quality of reasoning among college students. It also showed me how little improvement can realistically be accomplished by only one semester’s training in the art of thinking clearly. By all rights, then, I should have severely pessimistic expectations about public discourse in this country. Nevertheless, whether I suffer from my own strain of bad induction or just unquenchable naïveté, pandemic outbreaks of illogical memes still catch me by surprise.

That’s why I’ve been so shocked at the widespread assertion that a national mandate requiring individuals to carry health insurance is legitimate (and even Constitutional) because we already require everyone to purchase auto insurance. There’s just one small error this idea seems to forget: the federal government does not actually have a law requiring individual drivers to carry such insurance. Only states do.

And since federalism is at the center of the Constitutional concerns surrounding Obamacare, I find it stunningly bold to claim the federal government has authority for a project because of something similar the states currently do. The argument seems to be, “Congress can do it because it’s just like something else that Congress doesn’t do.” Now, obviously, if we were debating whether individual states could mandate health coverage, at least the levels of government being analogized would be the same. But the leap from what states do to what Congress can do betrays vistas of ignorance concerning our system of government. A college freshman would be embarrassed to make such a weak argument, yet members of Congress have said precisely this.

Senator Burris, for instance, recently told CNS News that it’s okay to make individuals purchase health insurance because, “Under state law, we have every one required to have automobile insurance … so, that’s the same thing proportionally to automobile insurance. I mean, it’s comparable.” The good news here, of course, is that the former Illinois Secretary of State (hence, overseer of the DMV) rightly situated the law at the state level. The sad news is that this United States Senator has taken an oath of office to uphold a document he apparently has not read. But perhaps we can forgive his lapse, seeing as how he’s the Senatorial equivalent of a baseball September call-up put into office by a now-deposed criminal of a governor. What excuse do his colleagues have?

See, in some sense, those of us who live in states (like Illinois) which require minimum coverage might understandably forget that not all things “the government” requires are things “the national government” requires. But I’m especially surprised that inhabitants of New Hampshire and Wisconsin haven’t immediately exposed this line of reasoning since their states have no such requirement at all—a barely publicized truth which underscores the fact that there is no national car insurance law.

Still, let’s put aside the equivocation between federal and state authority and investigate whether the analogy would hold even if mandatory auto insurance actually were a federal law. In so doing, I must apologize in advance for marching over slightly more well-traveled territory.

The reason states require car insurance is because of the risks to other people and their property which driving so obviously entails. The underlying legal basis here is tort law, which holds me liable for any harm I cause to others. Since driving increases both the likelihood and extent of such torts, mandatory insurance (or proof of financial ability to pay in New Hampshire and Wisconsin) “insures” that I can restore my victims to wholeness. In a world without car insurance, every accident would lead either to a court ruling or a settlement. Insurance payouts are rooted in this and are simply a more expeditious way of resolving torts. But in basing health insurance on this model, I’m naturally led to ask about the underlying rationale. Whom, exactly, should I have sued when I caught the flu or broke my leg falling down the stairs if I hadn’t had health insurance?

Unless I was deliberately coughed upon or pushed, there is no one to blame. So there simply is no parallel with tort law to draw upon here. Moreover, the two possible types of auto insurance which would fit fairly well with a health insurance mandate (collision and medical payments) are specifically not ever required by the states.

Additionally, you should note that no state requires you to have liability insurance until you positively engage in some enhanced risk activity, like driving, performing surgery, or opening a restaurant. Even though any of us at any time could harm another person (bicycling, playing softball or even just tripping on a crowded escalator), no one is required by law to carry bodily motion insurance.

Taken together, all of this means that, far from being a good example to draw upon, current auto insurance laws are actually quite a robust counter-analogy to mandatory health insurance because the two are so starkly asymmetrical. The similarities between the two types of insurance seem to begin and end with their shared name.

One of the most debated aspects of current health care reform proposals is the “public option,” or government delivery of health insurance. Once again we find a glaring disconnect in the comparison with auto coverage. Although 47 individual states make insurance a precondition of driving (Virginia will allow you to simply pay a $500 annual fee in lieu of having it), no state to my knowledge actually supplies the required insurance to anyone. Geico, Allstate, Country Companies and State Farm do not have to compete with “Vermont Casualty Group” or “The Florida Collision Underwriting Consortium.” Thus, if auto insurance is a good object lesson, it seems to urge us to specifically not involve the federal government as a provider.

Is there anything else we can learn from mandatory car insurance to guide us in the current debate? One thing is that the presupposition behind such mandates (where they exist) is the recognition of driving as a privilege rather than an entitlement. Driving prohibitions can’t be litigated as deprivations “without due process of law” because there is no fundamental right to endanger others through the operation of a motor vehicle. But what privileged behavior am I engaging in before I must carry health insurance?

Since I’m forced to take Congress seriously when they make their arguments, I am driven (sorry) to conclude their use of the auto insurance analogy means they consider some aspect of my behavior to be a privilege rather than a right. The only contenders are existence and breathing. Since they don’t appear to be meta-physicians (sorry again), I have to infer that Congress views breathing as a privilege rather than a right. And since they want to insure all breathers, should I also anticipate the parallel institution of breathing licenses for which we must visit the DMV and pass a proficiency test? Perhaps I should begin studying now. I’d hate to have to refrain from breathing pending a make-up exam.

Furthermore, the actual car coverage levels required by most states are extremely low. Although I suppose some people are satisfied with $25,000/$50,000 coverage (a common benchmark), most drivers understand that $100,000/$300,000 is much more prudent. But if the more robust protections are so obviously smart, why aren’t they required? It’s simple. Because all of the states recognize the need to balance the wisdom of carrying insurance against the restraint all levels of government must exercise when infringing upon the core value of individual liberty.

Since the right to property (in this case to not pay insurance premiums) is so fundamental in our system, it must be violated only for the most extreme of reasons and only to the most humble of extents. Thus, basing health care reform on this same pattern would require at most only some sort of minimum catastrophic coverage. Suffice it to say that current proposals which cover every form of health care down to the most routine are not modeled on the same recognition of liberty and property rights.

So, having taken a more diligent look at whether mandatory automobile insurance justifies the imposition of health insurance, we now have a much better sense of its validity. In order to make the comparison justify current health care proposals, Congress (not the states) would have to currently require that all people (regardless of personal wealth or actual car ownership) owned an insurance policy provided by Congress itself that covered routine maintenance, periodic breakdown, and collision repair to their own cars, even ones they acquire with pre-existing defects (like from a junkyard).

Since not one single element of this hypothetical currently exists, and since breathing is not a privilege, my request is simple. During the two weeks that are fair to allow this column to circulate through society, simply boo anyone who makes the car insurance argument in public. Thereafter, I recommend noogies. It’s what one does to recalcitrant freshmen.