We Don't Need an Economic Collapse to Curb Emissions

Andrew Langer
|
Posted: May 29, 2020 12:01 AM
Share   Tweet
The opinions expressed by columnists are their own and do not necessarily represent the views of Townhall.com. 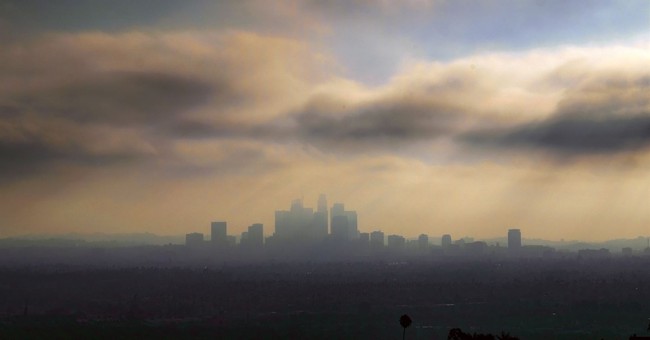 COVID-19 has caused a worldwide economic collapse. Yet some radical environmentalists are celebrating.

As factories remain shuttered and drivers stay off the roads, emissions are falling. Worldwide energy-related carbon emissions will drop as much as 5.4 percent this year, according to Goldman Sachs.

Many green activists can scarcely contain their glee. "This is an opportunity to talk about . . . planned degrowth," gushed one University of Vermont economist. "Suppose you were a policymaker, and you were thinking about what you would do to lower emissions -- you just got a pretty good instruction," noted a think-tank climate change researcher.

Such callous disregard for the tens of millions of workers losing their jobs -- and the hundreds of thousands of patients fighting for their lives -- is revolting. Global shutdowns can't become the new normal.

Fortunately, humanity can cut carbon emissions without submitting to statist lunacy. For years, America has slashed emissions by transitioning its energy sector from dirty coal to cleaner natural gas. It's time for the rest of the world to follow suit.

The coronavirus has wrought unprecedented physical and emotional destruction. Here in the United States, it has already killed over 100,000 Americans. Nearly half of American adults have reported declines in their mental health. Substance abuse and domestic violence are skyrocketing.

The financial carnage is equally severe. Over 26 million Americans have lost their jobs. One in four small businesses could soon go belly up. Food banks have been completely overrun.

Fringe environmentalists might accept this pain in exchange for lower emissions. But the rest of us won't -- and we don't need to.

America has proven that it's possible to reduce emissions while maintaining economic growth. In 2019, U.S. emissions declined 1.7 percent, even as the economy grew 2.3 percent.

Americans can thank natural gas for this progress. When burned to generate electricity, natural gas emits up to 60 percent less carbon dioxide than coal.

In the past decade, the United States has become the global leader in natural gas production, mostly because horizontal drilling and fracking have allowed producers to extract the fuel from previously inaccessible shale rock formations. Utility companies have switched from coal to natural gas -- which is considerably cheaper -- as their primary fuel source.

In fact, natural gas now accounts for over 38 percent of America's electricity, up from about 24 percent a decade ago. In 2010, coal provided about 45 percent of our power supply, but now generates just 23.5 percent. Thanks to this energy revolution, total U.S. emissions are hovering near 30-year lows.

Additional emissions cuts are surely on the way, thanks to initiatives like the Environmental Partnership, an alliance of top U.S. natural gas producers. The group is constantly implementing new emission-reduction strategies. Recently, such efforts have included a leak and repair program to reduce emissions of methane, a greenhouse gas.

Radical environmentalists have made it clear that they'll trade Americans' economic well-being for emissions cuts. One indignant activist recently tweeted that "If weeks of suspended high-carbon economic activity can cut China's emissions by a quarter, I don't want to hear one f**king word about how decarbonizing quickly enough to maintain a livable planet is 'unrealistic.'" In other words, they'd like the lockdowns to continue forever.

Fortunately, sober-minded Americans don't have to choose between a functioning economy and emissions cuts. They can have both.