Persevere in the Vision to Preserve Ireland’s Economic Miracle

Andrew Langer
|
Posted: Mar 10, 2020 10:39 AM
Share   Tweet
The opinions expressed by columnists are their own and do not necessarily represent the views of Townhall.com. 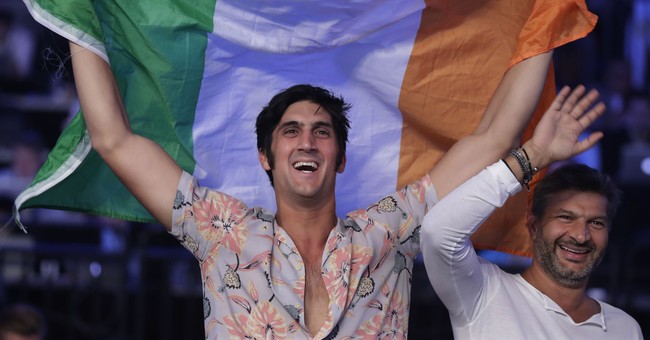 As we near St. Patrick’s Day, the legends associated with Ireland’s patron saint will come to the fore.  Both the mundane – the establishment of the shamrock as a symbol of Irish unity “stemming” from his use of the plant as a teaching tool – and the miraculous, including the saint’s staff taking root and growing into a tree and his banishment of snakes from the island (it’s ironic that as St. Patrick’s Day approaches that Ireland just saw its first recorded venomous snake bite. Ever.)

But none of these legends is as wondrous as the accepted historical truth about Patrick: that he courageously and single-handedly transformed Ireland. In the face of enormous opposition and persecution, he persevered with peace, love and a nurturing spirit – reportedly starting more than 300 churches and welcoming some 120,000 to the faith in baptism.

In a similar manner, Ireland’s recent leaders have performed an economic miracle: transforming the Emerald Isle in the last generation from an economic backwater and creating the famous Celtic Tiger economy.  At the heart of this change: pro-business tax policies. IDA Ireland, the nation’s investment promotion agency, highlights its low corporate tax rate of just 12.5 percent and a 25 percent R&D credit. The pot is sweetened further with even more favorable treatment of certain intellectual property income.

All of which has attracted multinationals – especially pharmaceuticals – to locate in Ireland and allowed Ireland to punch far above its weight as a global economic power.

Yet, the recent national election in Ireland and two parallel developments are casting a dark shadow over Ireland’s economic miracle this St. Patrick’s Day season. And just in the same way that public policies can undo St. Patrick’s snake miracles, so can public policies undo the Emerald Isle’s other miracles as well.

In February’s general election, a seismic shift in Irish politics saw the socialist Sinn Féin party achieve unprecedented success by winning the most votes for the first time. The party’s leaders - who openly express admiration for Communist Cuba and the Maduro dictatorship in Venezuela - have pledged vast increases in government spending, to be funded by major tax increases. Business groups have already warned of the “grave” impact which the party’s far-left economic policies will have in a country which is dependent on foreign investment, particularly from the U.S.

Alongside this political earthquake in Ireland, are two further worrying developments causing uncertainty in the last English-speaking country in the EU.   One is the fact that both U.S. businesses moving operations abroad and countries with disproportionately large trade surpluses are on the Trump administration’s radar screen. And the second is that the Emerald Isle’s government is making itself more vulnerable to losing the pot of multinational gold at the end of its rainbow as a result of abrupt changes to its vision of positive tax treatment beckoning global companies.

Just last October, Irish exports hit a monthly record €14.2 billion ($15.56 billion), largely driven by medical and pharmaceutical products, which – with organic chemicals – accounted for more than half of the nation’s exports.  That was part of a remarkable performance in which, in at least one ranking, Ireland's pharmaceutical exports in 2018 were almost identical to the United States’ despite an economy one-fiftieth the size.

Yet this silvery cloud has a potentially dark lining. The United States took in fully 29% of exports in the month, with approximately $4.38 billion of Irish goods sent to the U.S., and a mere $957 million going the other way.  For all of 2019, Ireland’s trade surplus  vis-à-vis   America rose to $52.7 billion. This uneven performance has landed Ireland on the Treasury Department’s “Monitoring List of major trading partners that merit close attention to their currency practices and macroeconomic policies” – not a good place to be in the current U.S. political environment.

While Ireland’s political environment darkens and its trade surplus with the U.S. grows, the Trump administration is actively working to attract pharmaceutical companies back to its shores. The president’s 2017 tax reforms have proved to be a bonanza to the industry, with Oxfam reporting that just four companies – Johnson & Johnson, Pfizer, Merck and Abbott Laboratories – had benefited from $7 billion in 2018 tax savings. Companies like Eli Lilly, AbbVie and Gilead Sciences have also taken advantage of the legislation to repatriate billions in foreign profits stashed abroad.

Meanwhile, although the president’s recent posture towards the industry has not been entirely positive, the administration started out by slowing new regulations affecting pharmaceuticals and rapidly speeding up both generic and novel drug approvals.

So how is the Irish government responding to the Trump administration’s fiscal and regulatory “come-hither” to pharma companies abroad? Not with a bigger welcome mat – but with a póg mo thoin (kiss my “posterior”) .

Irish Revenue has hit two major pharmaceutical companies, Takeda and Perrigo, with surprise back tax bills of nearly $440 million and $1.75 billion respectively – representing radical reinterpretations of tax treatment of various transactions.  Meanwhile, the Irish Government abruptly changed tax rules on “share cancellation” mergers in the middle of the game, suddenly landing AbbVie with an unexpected $627 million tax bill as it seeks to merge with Allergan. As one Irish commentator has said, this planned merger is "adding to a trend, in recent years, of dilution of pharmaceutical company headquarters in Ireland."

Takeda and Perrigo are fighting back in court – but, whether they win or lose (and Perrigo’s case, at least, is felt by analysts to be strong) the Irish government’s suddenly less-than-friendly attitude to major sources of foreign investment is not the response one might expect to America’s rejuvenated efforts to woo pharma business back home.

It’s not about driving out snakes here, but rather about putting down stakes. In other words, the way to preserve Ireland’s economic miracle would seem to be the real-life route chosen by the great Patrick himself – conviction to, and perseverance in - the very vision of a welcoming and nurturing approach that led to Ireland’s historic transformation.