Andrew Langer
|
Posted: Oct 19, 2018 12:01 AM
Share   Tweet
The opinions expressed by columnists are their own and do not necessarily represent the views of Townhall.com. 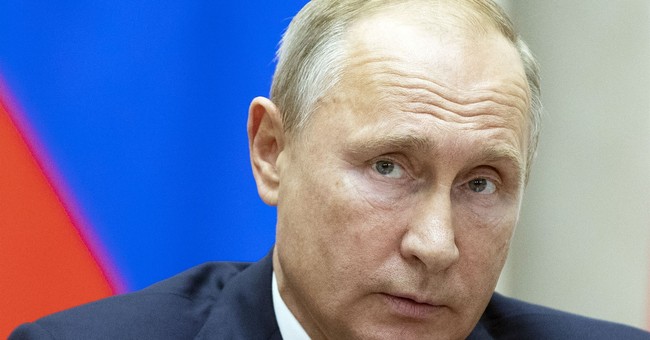 In the wake of Jamal Khashoggi’s apparent murder, official Washington’s attention has turned to the relationship between the United States and Saudi Arabia.  Undergirding the din over how the US ought to respond to Khashoggi’s disappearance are a chorus of activist organizations, some of whom, according to National Public Radio, are receiving money from Saudi Arabia.

There is nothing new (nor illegal) about foreign governments giving money in Washington, DC in order to advance their own interests.   It is yet another side to the myriad kinds of cronyism that take place in DC on a daily basis.

But the problem is when this support serves to undercut US interests—and the organizations caught up are merely useful fools to that end.  Bill Gertz, writing in August in the Washington Free Beacon, talked at length about the role that the communist government of China is playing in trying to influence public policy—not just sticking to public policy organizations but even giving money to university research organizations, research organizations that are supposed to be the gold-standard when it comes to academic vigor and dispassionately impartial assessments of public policy.

Of course, China wasn’t the first communist nation to work diligently to undermine US strength—or that of the entire west.  For decades, the Soviet Union was deeply involved in funding and shaping the so-called “Peace Movement”, a movement whose goals would have left the United States and its allies stripped of the very weapons that guaranteed (and still guarantee) fundamental peace and security.

Of course, Russian influence in all manner of US policy didn’t end with the death of the USSR—most-notably the allegations of continued Russian interference in American politics and policy.  This ought to be entirely unsurprising, given Russian president Vladimir Putin’s soviet intelligence pedigree.

As someone whose degree in International Relations concentrated on the then-Soviet Union, I still speak with Russia experts in academia, and one of those professors said something striking to me—Putin’s motives, this professor said, are not to help either the Democrats or the Republicans.   What Putin wants is to use the tools of our liberty-oriented democratic republic to tear at us.  To show that what we consider to be our greatest strengths are our greatest weakness.

One of the great economic revolutions in America in this century has been our quest for oil independence.  It was something that the left had been saying couldn’t be done (and I suspect that foreign governments may have had a hand in that continued insistence, despite ample resource economic evidence to the contrary).

They would have been right, too, had the left’s fetish for a petroleum-free American energy portfolio been allowed to hold sway.   Throughout the debate over the opening of the Arctic National Wildlife Refuge to oil drilling, opponents long-used the threadworn trope that such drilling wouldn’t have an impact on global oil prices for years, and then that impact would be minimal.  President Bill Clinton opposed opening ANWR, and American oil independence was prevented. Likewise, President Barack Obama worked diligently to curtail the drilling of oil and gas on public lands, and off America’s coasts.

In the face of continued (and in some cases, exacerbated) Middle East stability, this would have had severe consequences on oil and gas prices here in the United States had enterprising Americans not begun intense petroleum exploration on private lands within the US.  Between “hydraulic fracturing” (better known as “fracking”) and the exploration of the Bakken Shale oil and gas fields, the US has been able to make itself more oil independent, stabilizing global oil markets and insulating prices from Middle Eastern instability as we have now become the largest global producer of crude oil!

But, as one might imagine, this doesn’t sit well with our foreign competitors (some of whom are more adversarial than others)—and we see the specter of Russian support and involvement in another generation of leftist organizations, those opposed to America’s domestic oil production.

As early as last summer, members of Congress were voicing concerns over Russian interference with America’s energy marketplace.   In July of 2017, Rep. Lamar Smith (R-TX), chairman of the Science, Space and Technology Committee of the US House of Representatives sent a letter to Treasury Secretary Steven Mnuchin asking the Treasury Department to Investigate. In that letter, Chairman Smith said, “If you connect the dots, it is clear that Russia is funding U.S. environmental groups in an effort to suppress our domestic oil and gas industry, specifically hydraulic fracking.”

Among the groups where questions are being raised is the Natural Resources Defense Council—an outspoken opponent of fracking.  In June, a joint-letter by the Chairman of the House Natural Resources Committee, Rep. Rob Bishop (R-UT), and the Chairman of the Subcommittee on Oversight and Investigations, Rep. Bruce Westerman (R-AR), was sent to the NRDC President asking for clarification of that organization’s relationship to China.

Other groups potentially involved are the Sea Change Foundation, the Tides Foundation and the Sierra Club Foundation.  All are opposed to fracking.  All are alleged to have ties to Russian money.  Should they succeed with their agendas, the will be emboldening foreign economic interests for the sake of America’s working families (who feel the brunt of higher energy prices, and the economic stagnation that goes along with them).

There is no question in my mind that even absent the potential of foreign money supporting their operations that they would still be advocating for policies that undercut America’s economic interests.  That’s their very nature.

But our adversaries are more than eager to take advantage of their foolishness.  They’re happy to use those who want to make America less-competitive and spend copious amounts of money to amplify that message. We must be vigilant to ensure that the idiocy of some among us is taken advantage by those who want to see America fail.

Andrew Langer is President of the Institute for Liberty. He has a degree in International Relations/Soviet Studies from the College of William & Mary.