A Strong Voice For Ways and Means’ Critical Time 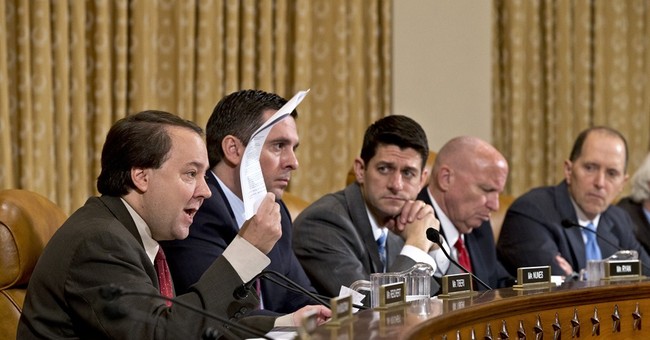 With Washington at a crossroads, Capitol Hill is waiting for new Speaker Paul Ryan to weigh in on his choice for a replacement as Chairman of the House Ways and Means Committee. I recommend Pat Tiberi.

Tiberi is the embodiment of mainstreet America. The son of Italian immigrants, his father a Steelworker and his mother a Seamstress, Tiberi was the first in his family to graduate from high school.

He worked at McDonald’s to pay his way through Ohio State University and he learned firsthand how high taxes and government red tape can be an obstacle to a strong and thriving growing economy. His working-class upbringing has given him the essential understanding of the difficulties facing those struggling to realize their American Dream, especially America’s entrepreneurs and small business owners.

Reminiscent of Speaker Ryan, Tiberi worked in the Ohio legislature and worked as a Capitol Hill staffer before running and winning his race for Congress. In the Ohio legislature he quickly rose through the ranks and became House Majority Leader. He worked to promote the interests of farmers, small businesses and families there and has shown the same commitment in the House of Representatives.

Moreover, he did so by leading by example. He announced his opposition to earmarks well before the House eventually banned the practice. In addition, he returned over $2 Million of his own office budget to the US Treasury.

Tiberi held one of the first hearings on the No Taxpayer Funding for Abortion bill, which has passed the House in each of the past three Congresses. Tiberi has an impeccable pro-life record, receiving a 100 percent score from National Right to Life

An active opponent of Obamacare, Tiberi has consistently voted for its repeal and sponsored measures to rollback or eliminate many of its tax provisions. He was instrumental in passing a repeal of Obamacare’s burdensome 1099 reporting requirements for small businesses. This bill was the first to be signed into law that repealed a piece of Obamacare.

Most importantly, Tiberi has been particularly vocal in the ongoing shenanigans of this administration—the massive expansion of federal executive branch power, and the abuses therein, working hard in the effort to hold the IRS accountable for its targeting of Tea Party organizations, and has battled against the White House’s fiduciary rules, anti-coal EPA guidelines, and Dodd-Frank regulations. And as we approach reforming federal gift tax rules, which have also been used to target conservatives, he’ll be a much-needed strong voice.

He has also successfully pushed through the House of Representatives increased Section 179 and bonus depreciation which would allow greater business expensing – important initiatives to promote investment, job creation, and strong economic growth in the U.S, especially in our small business sector (traditionally the engine of the American economy, but stifled by the executive branch, currently).

Having shown his leadership on issues that movement conservatives care about and being willing to help promote the values and principles that will lead to strong growth in our country and help to sustain and promote strong families, Pat Tiberi will make a great chairman of the Ways and Means Committee.