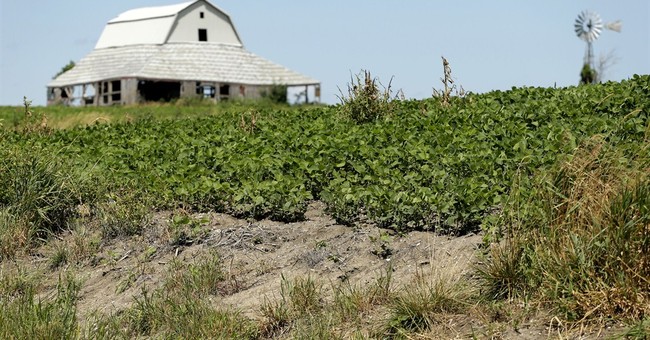 It is cliché to say that insanity is doing the same thing over and over again and to expect a different result. And while political optimists work hard to try and "massage" outcomes for tough but important pieces of public policy, sometimes political inertia makes that an impossible task. As a free-marketeer, onerous regulatory regimes that cover every aspect of economic liberty deeply trouble me. They are the reason our economy remains hobbled, sluggishly struggling along while the President’s economic team sits in Washington scratching their heads in overwhelming bewilderment. So the regulatory state grows, because nobody seems capable of making the hard decisions to get things working on the right track.

When it comes to trade policy, I am similarly distressed. Sugar, an essential commodity, has had its market completely flummoxed by the twin tinkering of the regulators and the protectionists. The system that has been erected to govern the sugar market is a prime example of how the introduction of government—however well-intentioned—can serve to actually impede trade.

But take these two concepts together—the desire to actually make fundamental changes to government policy and the problem of doing the same things over and over—and you actually come to a realist’s view of American public policy and politics. Conservatives in Congress have tried for nearly three decades to reform the US sugar industry’s trade policies, but have failed each and every time. During this past iteration of the “Farm Bill”, there were five recorded votes on this issue—and I can’t think of anything save Obamacare that has gotten more “floor time”.

Yet nothing happened. No changes to America’s convoluted sugar policy. To make matters worse, the forces perpetuating this inertia have exerted so much control that sugar has become one of a very few item within the Farm Bill that is simply off the table when it comes to conferencing!

As a realist., as someone who deals with politics and public policy for a living (and as I have been growing more and more dismayed in recent months, more and more people cannot understand the fundamental difference between the two), I recognize that something has to change—both as it pertains to sugar policy and the bigger picture regulatory state.

But taking the former as the main issue here, we face the very real problem of other nations using trade policy as a form of warfare (which in and of itself is nothing new or surprising). But it does leave our sugar producers at a serious competitive disadvantage. Now, I do believe that solving the latter problem, the regulatory state, would go a long way towards leveling that playing field (any business with more than 20 employees faces regulatory costs of roughly $7,000 per employee per year).

But the administration and congressional progressives are uninterested in solving that problem—and our competitors are all-too aware of that. They are currently (and going to be) taking advantage of our inability to solve this problem—Mexico, Brazil, and other large exporters aren’t going to simply sit on their hands. They are doubling-down on their efforts to dump sugar on the American market, growing their subsidies in order to put American producers at an even worse disadvantage.

We cannot disarm—but must instead work to force some meaningful reform on the system.

The “Zero-for-Zero” policy is just the kind of reform that could achieve this reform—it essentially says that we won’t disarm our economic policy until these other nations do. More importantly, it’s workable, as it has the support of both conservative, free-market activists and scholars, as well as the sugar industry itself.

This is where our attention ought to be. As people interested in real, meaningful solutions to the seemingly intractable public policies of our day, Zero-for-Zero presents us with some genuine possibilities of success. Let’s stop wasting time. Focusing on a mission that has been failing us for more than a quarter-century has yielded nothing. It is, as cliché as it might sound, insanity.