Andreas Hellmann
|
Posted: Aug 17, 2018 12:01 AM
Share   Tweet
The opinions expressed by columnists are their own and do not necessarily represent the views of Townhall.com. 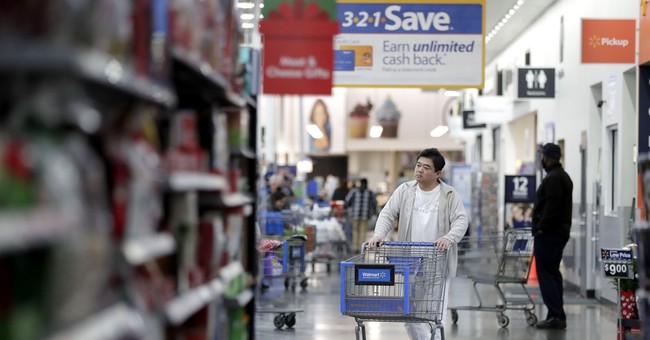 The establishment media refuses to report the good news arising from the GOP tax cuts. The Tax Cuts and Jobs Act has boosted take-home pay for 90 percent of wage earners and the economy is booming.

African American unemployment is down to 5.9 % - the lowest number since records started in 1972. Hispanic or Latino unemployment fell to an all-time low of 4.6 % and more women joined the workforce than ever before. Americans for Tax Reform has compiled over 700 examples of companies increasing pay, awarding bonuses, expanding operations or enhancing employee benefits. These companies range in size from mom-and-pop corner stores to large corporations.

Let’s look at a few examples that highlight the power of the tax cuts to help working households in every congressional district across the United States.

In response to the tax cuts, McDonald’s announced a $150 million distribution over a five year period to their Archways to Opportunity education program. The program was started to provide McDonald’s employees with money to pay for their education.

McDonald's not only massively increased the funding, but also expanded and reformed the program so more employees than ever before can take advantage. Employees who work two shifts a week (15 hours) receive $2,500 worth of tuition per year after three months of employment. The tuition funds can be used at a community college, trade school, or traditional four-year university. Some benefits even apply to immediate family members, and with 14,146  restaurant locations in the USA, McDonald’s is turning the tax cuts into life-changing opportunities for their employees to improve their education options. It might just be an 18-year old who couldn't afford college, or a single parent juggling three jobs trying to make ends meet.

Immediately after the tax bill was passed Walmart increased the starting wage for all hourly associates at 4,177 locations in the United States to $11, and paid bonuses up to $1,000 depending on length of service. The company expanded benefits, offering ten weeks of paid maternity leave and six weeks parental leave for full-time employees. The company is also creating a new benefit to assist associates with adoption expenses. The adoption benefit, available to both full-time hourly and salaried associates, will total $5,000 per child and may be used for expenses such as adoption agency fees, translation fees and legal or court costs. The combined wage and benefit changes will benefit the company’s more than one million U.S. workers.

Lowe's also enhanced benefits and offered a one-time bonus of up to $1,000 for its more than 260,000 hourly employees and also introduced an adoption assistance benefit to cover up to $5,000 of expenses related to agency, legal and other fees.

With the high financial cost of adoption, the $5,000 provided by Walmart and Lowes means that a dream of adopting a child can become a reality for many couples.

Following enactment of the tax cuts, Apple announced it would create 20,000 new jobs in the U.S. over the next five years. The company has 9,000 U.S. suppliers spread out over all 50 states. On top of that, Apple gave $2,500 worth of stock to full-time and part-time employees. They will also match all employee charitable donations, up to $10,000 annually, at a rate of two to one. Apple will double the amount they match for each hour an employee donates their time.

The company has more than 47,000 employees in the United States including those at its 231 retail stores. 257,000 jobs at other companies help develop and manufacture components, materials, and equipment used in the creation of Apple products and services, including scientific and technical services, consumer sales, business sales, transportation, and healthcare.

These are just a few of the examples of good news flowing from the tax cuts. It is no wonder the media doesn’t cover it: Not a single Democrat voted for the tax cuts. The November election provides a clear choice for voters.