Andrea Bottner
|
Posted: Mar 08, 2021 10:00 AM
Share   Tweet
The opinions expressed by columnists are their own and do not necessarily represent the views of Townhall.com. 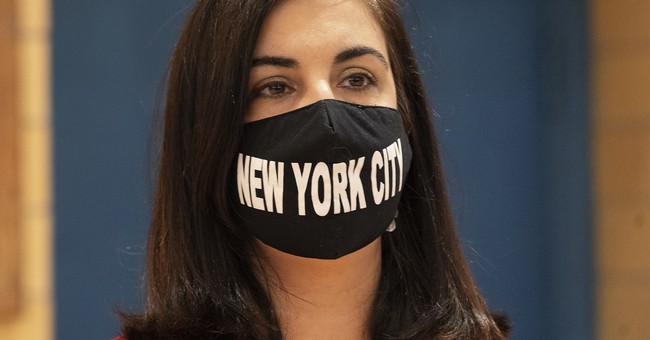 March is Women’s History Month and a good time to reflect on whether we have moved beyond the idea, as Condoleezza Rice once said, that girls can be leaders to the expectation they should be leaders. If last fall’s election is any indication, we surely have.

Women made tremendous history in the United States Congress in the 2020 election. Today, women make up over a quarter of all members of the 117th Congress. This is the highest percentage in U.S. history and a significant increase in the numbers from a decade ago.

Many on the left erroneously assume that gender dictates a person’s political views and that women should think a certain way, a progressive way. These assumptions are sure to be challenged in this Congress. After all, two thirds of last fall’s newly elected women are Republican.

The diversity among the women members of Congress should add to the depth of our political debate. There are many different ethnicities, professional backgrounds, and religious beliefs represented in the 117th Congress among its women members on both sides of the aisle. Importantly, the new Congresswomen have diverse interests in public policy and are already advancing legislation on a variety of important issues.

Congresswoman Stephanie Bice (R-OK) has broken more than one glass ceiling: She is the first Iranian American to be elected to Congress and the first female Republican Class President in the U.S. House. Congresswoman Bice is a strong supporter of gun rights and a cosponsor of H.R. 38, the Concealed Carry Reciprocity Act, which would allow nonresidents of a state to carry concealed firearms in states where residents are allowed to do so.

Congresswoman Nancy Mace (R-SC) made history before being elected to Congress, when she became the first womanto graduate from The Citadel in South Carolina. She is serving on the House Veterans Affairs Committee, along with her colleague Congresswoman Mariannette Miller-Meeks (R-IA). Congresswoman Miller-Meeks is a 24-year Army veteran and a physician.  These two new members will undoubtedly bring a fresh and informed perspective to the needs of our veterans.

Congresswoman Yvette Herrell (R-NM), a member of the Cherokee nation, is the first Republican Native American woman elected to Congress. Congresswoman Herrell sits on the House Oversight and Reform Committee and has already joined with other members to demand accountability from the Biden Administration regarding the halting of construction of the border wall.

Rep. Virginia Foxx (R-NC), the ranking member of the House Education and Labor Committee, is pushing back on the unchecked power of teachers unions. She said recently: “Not even two months into the new presidency, and the Biden administration has already walked back its promise to reopen schools safely in the first 100 days. It is clear the Biden administration would rather curry favor with political allies than do what is right for families, students, and teachers. America deserves better.”

Congresswoman Ashley Hinson (R-IA) recently introduced H.R. 682, which encourages local education agencies to resume in-person instruction at elementary and secondary schools. Her fellow committee member Congresswoman Michelle Steel (R-CA) joined her in this effort. These members know how critical it is for the wellbeing of America’s students to get back to school.

Some new Republican women members are wasting no time in pushing back against the socialist views promoted by Congresswoman Alexandria Ocasio-Cortez (D-NY) and her “Squad.” Congresswomen Victoria Spartz (R-IN), Nicole Malliotakis (R-NY), and Maria Elvira Salazar (R-FL) have been dubbed the “Freedom Force,” and are fighting the growing popularity of socialism in the United States.

History was also made on the other side of the Capitol when the U.S. Senate welcomed Senator Cynthia Lummis (R-WY) who became the first woman senator from Wyoming. Senator Lummis served as the state's treasurer for eight years and was recently named to the Banking, Housing and Urban Affairs Committee. Senator Lummis understands that small businesses need flexibility and not more burdensome restrictions. The new Senator said recently: “I’m committed to partnering with Wyoming business owners to ensure that federal policies remove burdens and spur growth, instead of stifling it.”

The new women members of the 117th Congress are bold and diverse leaders who not only made history, but also will change its course in the coming years.