Why Democrats are Throwing the Kitchen Sink at GOP Freshman 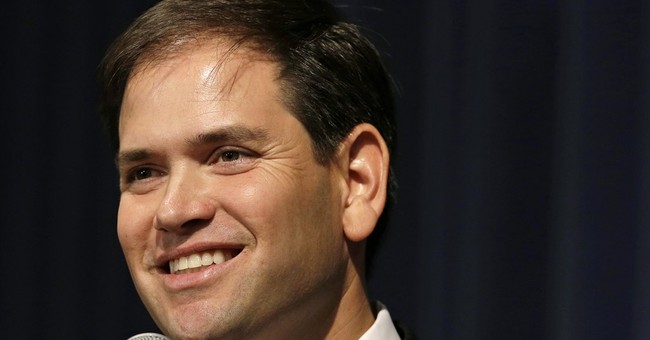 During the past ten days we have witnessed the Senate Majority Leader refer to a freshman senator from Texas as a “schoolyard bully” on the Senate floor, liberal activists cross state borders to rally with President Obama’s Organizing for America against a freshman senator from New Hampshire, and a senior Member of Congress depict his former Navy SEAL opponent on a split screen with Osama bin Laden.

What do all of these incidents have in common? The antagonists are veteran Democratic politicians or their political organizations (Harry Reid, Barack Obama, Ed Markey), and the targets of their attacks are fresh-faced Republican rising stars (Ted Cruz, Kelly Ayotte, Gabriel Gomez).

Less than a year after an election cycle in which much of the mainstream media narrative focused on the GOP’s lack of strong candidates, Republicans boast a deeper, more dynamic bench than any time in recent memory. While serious 2016 presidential speculation is premature, a look at the names floating around from both parties reveals a changing political environment. On the GOP side it’s young, dynamic, diverse figures like Marco Rubio, Rand Paul, Bobby Jindal and Chris Christie. Meanwhile, the two most buzzed-about Democrats are veteran Washington insiders in their 60s and 70s. It’s becoming increasingly difficult to determine which party has an “old, white, male” problem.

National Democrats and their media cohorts have noticed the trend, concentrating firepower on the new Republican rock stars in a way that is almost unheard of. Less than a year after he was first elected to the Senate, the Washington Post dedicated numerous column inches toward attempting to discredit Marco Rubio’s family story. Rand Paul, another freshman, got similar treatment in the wake of a Mr. Smith Goes To Washington-style filibuster that garnered widespread support from voters across the country according to polling.

Harry Reid said something else interesting during his Senate floor tirade against Ted Cruz this week. In response to Cruz challenging Senate procedure in an effort to avoid yet again kicking the can on debt reduction, Reid, voice dripping with derision, says, “That’s not how we do things around here.”

Think about that exchange for a moment. If one were to describe a scene to the average cable news-watching American in which an elderly, white senior senator lectured a young, Hispanic firebrand about “how we do things around here,” and asked them to guess which party each was a member of, how many would guess correctly?

It’s this sudden disconnect between reality and branding that has Democrats in panic mode, willing to go nuclear at the drop of a hat. With Barack Obama on his way out of the White House and the likes of Harry Reid and Joe Biden left to represent the Democratic Party, the mantle of “change” – so crucial to their brand for the past six years – seems to have been left behind on the playing field to be claimed by the other side. And instead of trying to take it back in a fair fight, they’re trying to bloody up their opponents early in the game.