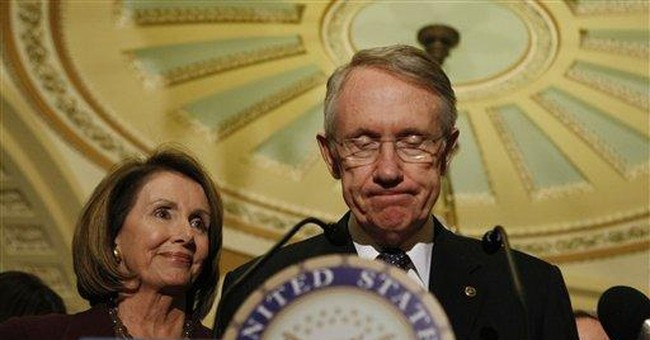 House Democrats will hold a hearing on President-elect Barack Obama’s $1 trillion spending plan where no dissenting opinions are going to be permitted Wednesday, previewing a long year ahead for the newly silenced minority.

This minor effort compared to new rules package enacted by donkeys in same chamber. The Democratic caucus recently passed a new rules package that eliminated one of the GOP’s most powerful parliamentary tools from their arsenal, called a “recommit motion” and repealed term limits for committee chairman.

During the last Congress, the GOP successful used the measure to question housing legislation that gave financial assistance to illegal immigrants, prohibit murderers and sex offenders from receiving federal grants from Americorps. Both times Democrats chose to pull the bill amending it and later blamed Republicans for “killing” the legislation.

House Majority Leader Steny Hoyer (D.-Md.) explained in a statement that “in these hard times, we need the Republican Party to be a constructive partner in policy making. But we all understand which motions are not offered in good faith: Those are the motions that attempt to kill bills through parliamentary tricks and waste our constituents’ time on 'gotcha' politics.”

Former House Minority Whip Roy Blunt (R.-Mo.) said the GOP became “victims of our own success” and that the maneuver was used to improve legislation rather than kill it in a speech on the House floor.

Finally, the Democrats have repealed term limits for committee chairman enacted by the GOP’s 1994 “Contract with America”, ensuring heavy-weights like Rep. Charlie Rangel (D.-N.Y.) could indefinitely maintain his reign over the powerful Ways & Means Committee.

Hoyer had an explanation for that, too.

“I understand that our Republican colleagues once wrote term limits into the rules in an effort against entrenched power,” he said. “But it is now clear that that effort fell victim to what conservatives like to call the law of unintended consequences: With chairmanships up for grabs so frequently, fundraising ability became one of the most important job qualifications, and legislative skill was sacrificed to political considerations.”