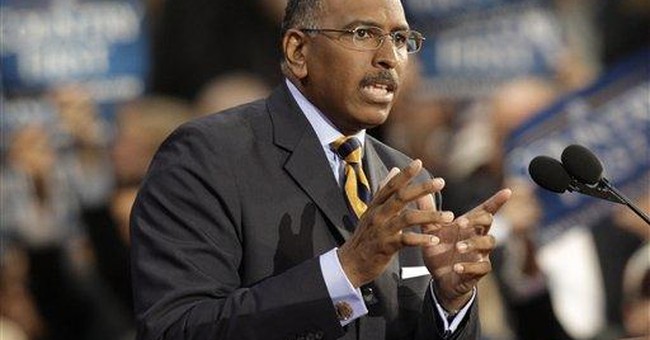 The two men formally running to lead the Republican National Committee are reaching out to bloggers as an initial step to boosting their candidacy and hopefully, growing the party.

Michigan Republican Party Chairman Saul Anuzis announced his candidacy via Twitter and quickly organized a conference call with new media to discuss his bid Wednesday. He held a follow-up call as he boarded a plane from the Republican Governors Association Meeting on Friday, emphasizing his willingness to “democratize information coming from the party.”

“Obama succeeded because he built an infrastructure and when he became popular they [his supporters] could plug into it…It’s our job as a party to facilitate that infrastructure,” he said.

He said he felt called to run because “I am sick and tired of the whining.”

Steele faulted the current GOP leadership for “the failure to communicate that has undermined our efforts for some time now,” on issues like immigration. He said that too often Republicans have been “manhandled” by liberals from discussing issues out of fear of racism.

Steele said he could be relied upon to stand for fiscal responsibility as Chairman. “When I ran for the U.S. Senate I was appalled we were spending all this friggen money on a Bridge to Nowhere! C’mon! Let’s be reasonable!” he said.

He called the $700 billion financial bailout “crazy” and “absolutely against the interest of the American people.”

Michigan activist Anuzis touted his credentials as a fiscal reformer as well.

He told bloggers that he worked hard to bring Republicans in line during a controversial vote to raise taxes on Michigan. "We came out and said we would not support" Republicans who voted for the increase Anuzis said. "We went out and raised hundreds of thousands of dollars and ran ads on talk radio...not only have I talked the talk I have walked the walk in Michigan. We have specific examples. This is not something theoretical."