Biden: 'Gird Your Loins' for Obama on FoPo 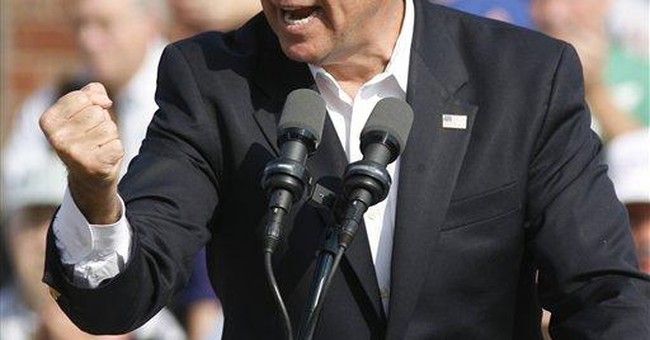 Biden, chairman of the Senate Foreign Relations committee, told supporters at a fundraiser in Seattle that it might not be immediately apparent Obama is "right" during his first 100 days, especially on foreign policy matters.

"I've forgotten more about foreign policy than most of my colleagues know, so I'm not being falsely humble with you. I think I can be value added, but this guy has it," Biden said of his running mate.

Biden said Obama is "gonna need your help. Because I promise you, you all are gonna be sitting here a year from now going, 'Oh my God, why are they there in the polls? Why is the polling so down? Why is this thing so tough?' We're gonna have to make some incredibly tough decisions in the first two years. So I'm asking you now, I'm asking you now, be prepared to stick with us. Remember the faith you had at this point because you're going to have to reinforce us." There are gonna be a lot of you who want to go, 'Whoa, wait a minute, yo, whoa, whoa, I don't know about that decision. Because if you think the decision is sound when they're made, which I believe you will when they're made, they're not likely to be as popular as they are sound. Because if they're popular, they're probably not sound."

The text of Biden's speech was originally reported by Matthew Jaffe of ABC News.

Republicans Know What's at the Heart of Nancy's Edict for Masks on the House Floor
Townhall
'Pro-terrorism must be the new WOKE': AOC referencing apartheid to trash Israel does NOT end well for her, like at all
Twitchy
Not Looking Good for Dems: Americans Deliver Brutally Honest Rejection of Kamala Harris
Redstate
CNN Mysteriously Drops Don Lemon's Show
PJ Media