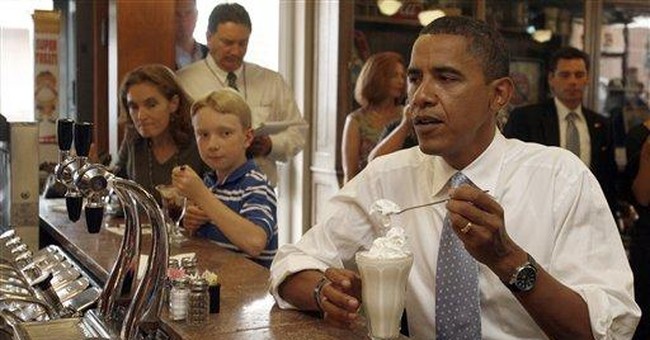 Barack Obama said the furor over his comments about a pig in lipstick was a “made up controversy by the John McCain campaign.”

On the stump Tuesday, Obama bashed the Republican ticket by saying “You can put lipstick on a pig, it’s still a pig.” His supporters cheered, instantly drawing a connection between Obama’s jab and a line Republican vice presidential candidate Sarah Palin said at the Republican National Convention about the difference between a hockey mom and a pitbull (lipstick.)

Obama was unapologetic Wednesday morning. He called the controversy “catnip for the media” that’s nothing more than a “phony and foolish diversion.”