SCOTUS: No Execution for Child Rape 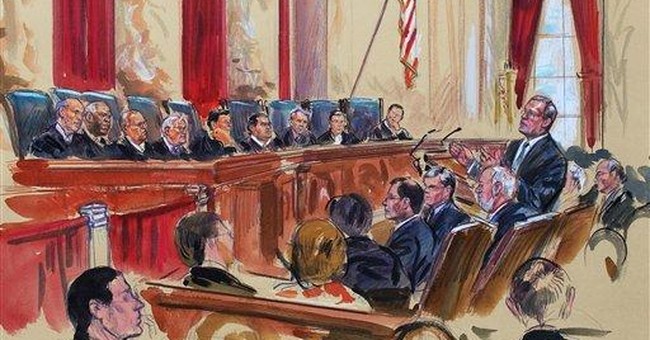 The U.S. Supreme Court made it illegal to execute persons convicted of child-rape in a 5-4 decision Wednesday.

"The death penalty is not a proportional punishment for the rape of a child," wrote Justice Anthony Kennedy, who authored the majority opinion. The ruling broke on party lines, the liberal Justices John Paul Stevens, David Souter, Ruth Bader Ginsburg and Stephen Breyer siding with Kenney.

In their decision, the liberal justices ruled that a Louisiana law that sent 43 year-old man named Patrick Kennedy to death row in 2003 for raping his 8-year old stepdaughter was “cruel and unusual punishment.”

“It is the judgment of the Louisiana lawmakers and those in an increasing number of other states that these harms justify the death penalty,'' conservative Justice Samuel Alito wrote in his dissent. “The court provides no cogent explanation why this legislative judgment should be overridden.''

The Supreme Court banned execution as a punishment for raping an adult in 1977, but five states, including Louisiana, had laws on the books to kill convicted child rapists.

Montana, Oklahoma, South Carolina and Texas currently allow executions for child rapists if the defendant had a prior conviction of child-rape. At this time, it is unclear how the Supreme Courts decision on Louisiana’s law will affect those states.

It will not forbid states from executing persons for child rape when other crimes have been committed such a murder.