Ron Paul Looks Ahead of Convention 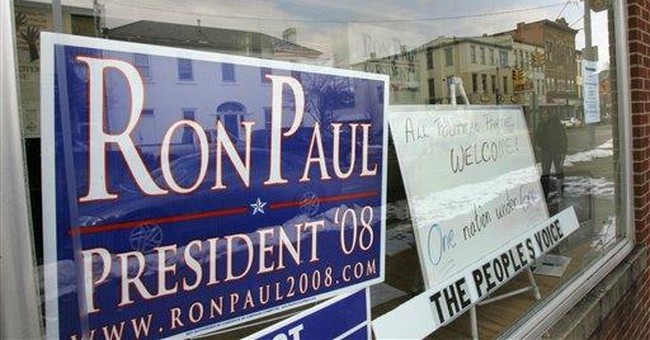 Congressman Ron Paul ruled out the possibility of running as a third party candidate in the 2008 election and said he expected support for his candidacy at the Republican National Convention at a private event to discuss his new book Wednesday afternoon.

“Theoretically, I could run as an Independent or third party, but realistically I have no plans to do that,” Paul told a small audience of conservatives in Washington.

The Texas congressman said a Washington rally was being planned for July 12 and “we will probably have a good gathering in Minneapolis.”

Although John McCain has practically secured the Republican nomination for president, Paul’s supporters have continued enthusiastically supporting Paul. Last March Paul released a web video to say his campaign was “winding down,” but Paul has never officially dropped out of the race.

Paul acknowledged his presidential prospects were grim. After the convention, Paul said he will have to have “a precise program that we will come up with later." Paul noted he has had an educational foundation, The Foundation for Rational Economics and Freedom (FREE), since 1976 and said “long-term education is more important than policy.”

“We will use that to continue,” he said.

At the event, hosted by the American Conservative Defense Alliance, Paul discussed his new book, a best seller on Amazon.com titled “The Revolution: A Manifesto.” The book distills his policy ideas that inspired a massive, grassroots movement behind his presidential campaign.

During the question and answer session Paul scolded his fellow conservative Republicans for not being consistent in their principles. “Too many members are not confident enough to feel strongly enough to stick to the Constitution,” he lamented. He singled out those in particular who seemed to enjoy criticizing the Clinton Administration for nation-building, but refrained from doing the same to President Bush.

“Sometimes I joke that the Americans have short memories and the Arabs and the Muslims never forget anything,” he said.