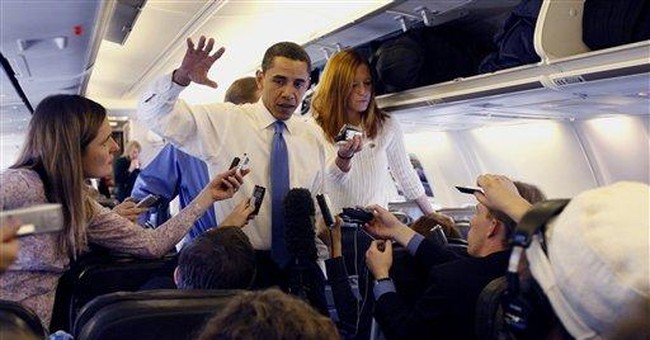 Barack Obama said Hillary Clinton was trying to “hoodwink” voters by baiting him with invitations to become her vice president when he was ahead of her in the Democratic presidential primary delegate count.

“They are trying to hoodwink you,” Obama told supporters at a rally at Mississippi University.

Obama also warned voters, “Don’t think you can get both—you have to make a choice in this election,” possibly ruling out any possibility he would accept her as vice president.

Clinton hinted she was open to taking Obama as vice president when she told voters in Mississippi last week, “I’ve had people say, 'Well I wish I could vote for both of you. Well, that might be possible some day.”

Likewise, former president Bill Clinton said while campaigning in Mississippi on Saturday that a Clinton-Obama ticket would be “an almost unstoppable force.”

Most news outlets agree it would be impossible for Clinton to overtake Obama’s delegate lead and that neither candidate will have enough pledged delegates by the end of the primaries to win the nomination outright.

Although Obama leads in delegates, Clinton has slightly more committed superdelegates who will decide the party’s nominee in the event of a brokered convention in August.

Obama doesn’t pass the “Commander-in-Chief test but there is a long way between now and Denver,” Wolfson said, suggesting Obama could prepare himself to become vice president before November.

“Senator Clinton will not choose any candidate who has not at the time of choosing passed the national security threshold, period,” Wolfson added.