The Fight over Workplace Democracy 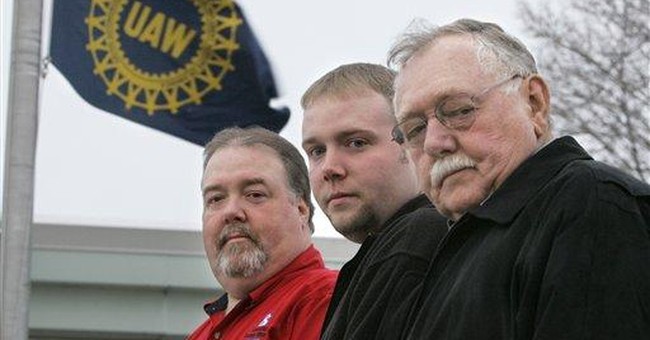 If one thing was clear throughout the 2008 election, it was that the public was sick of politics as usual in Washington. That’s why we saw both political parties offering their vision of change for the country. None made grander promises of hope and change than President Obama. We were to enter a new era of politics, he said, free from the partisan bickering and special interests of the past. But as the Democrat-controlled Congress aggressively pushes through its legislative agenda, hope and change have been thrown out the window. Instead of transparency, extreme ideologues have attempted to keep details of legislation from the public. That’s exactly what the public doesn’t want from politicians.

Take the poorly named Employee Free Choice Act (also known as “card check”), for example, which is now at the top of the Democrat’s priority list.

Card check is billed as a boon to workers – a bill that would facilitate workplace unionization. Unfortunately, such a description paints an extremely distorted picture of what card check would actually entail. The bill would not afford workers any new rights. Instead, it would take away a fundamental right: the right to a secret ballot election.

The right to a secret ballot election is fundamental to American life. The irony seems to be lost on the bill’s Democratic sponsors that all of the politicians supporting the bill were themselves elected through a secret ballot election, as was President Obama who has promised to sign the bill into law during the 2008 campaign. In fact, you’d be hard pressed to find any example of important elections that are not held by secret ballot. From elementary school student council elections all the way to Presidential politics, privacy has always been recognized as an essential part of American democracy. And for good reason – privacy helps shield voters from coercion and intimidation.

Current law requires a government-monitored election (through the National Labor Relations Board) for workplace unionization. The law is designed to protect workers from strong-arm tactics by either the unions or the company in question before a vote or retribution afterwards. If card check were introduced, all of that would go out the window. Instead, a union would be recognized once a majority of workers publically signed a card supporting unionization. An election would no longer be necessary. Without the shield of privacy, workers would be open to harassment to either sign or not sign a union card.

So why would Congress want to rob workers of this fundamental right, especially when polls show the bill is extremely controversial among the American public? The answer is a staple part of old Washington politics: special interest groups.

Organized labor has long been one of the Democratic Party’s biggest allies and contributors. And it is no surprise why organized labor is so supportive of card check – they, not American workers, would be the chief beneficiaries of the bill.

For years, organized labor has struggled to find its place in a fast-moving, modern economy. Unions’ popularity peaked in the 1950s and has decreased ever since. It’s not for lack of trying. Too many workers have simply voted against unionization. Organized labor’s response then is not to win people over to their position, but to get rid of the elections entirely. The move reeks of desperation.

Certainly workers have the right to freely unionize. That has long been an important right of American workers. But they also have the right to a free and fair election. President Obama had promised a change from Washington’s business as usual. But this legislation is an important reminder that there are worse things than business as usual in American politics: there is stripping American workers of one of the central rights to vote their conscious free from coercion and in privacy. That is exactly what the Employee Free Choice Act would do, and why anyone who supports American workers should stand up to this undemocratic piece of legislation.