Allen West
|
Posted: Apr 25, 2016 4:00 PM
Share   Tweet
The opinions expressed by columnists are their own and do not necessarily represent the views of Townhall.com. 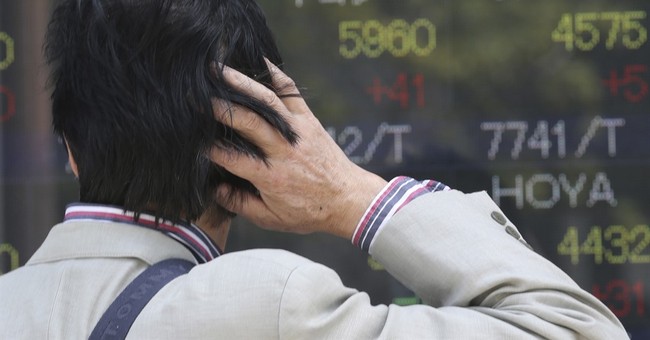 There is a Chinese proverb that states, “May you live in interesting times,” which has become a defining character of these times in which we are living. This new 21st century battlefield has brought a seemingly innumerable level of conflict and conflagrations that expands across the globe. It is a battlefield that has no boundaries or borders, and finds attacks occurring against civilian populations near and far.

It is not just the threat from traditional nation-state actors, but also the proliferation of non-state, non-uniformed, unlawful enemy combatants that makes this a rather complex battlespace. The latter enemy blends in with civilian populations as a means of cover. There are nations that provide support and sanctuary for these unlawful actors, enabling their sustainment. What has been a new frontier in this battle has been the use of new information technology, which gives a new and broad platform for the enemy and adversaries to promulgate their violent ideology.

But, there is also another means by which technology is enabling our enemies to be successful on the battlefield.

But there is a very vital aspect of our IP that relates to the most critical function of our federal government -- national security.

These are times when we are decimating our current military force structure. We have an Army that is being cut down to pre-World War II levels. Our U.S. Marine Corps is at World War I levels. Our venerable U.S. Navy, “a global force for good,” is now the smallest Navy we have fielded when analyzing surface warships since 1917 -- and it appears Russia enjoys “buzzing” our Destroyers. Our U.S. Air Force is the smallest and oldest fleet since we created the modern Air Force as a separate service branch. There are those who would say this is all good. Easy for them to say such, when they are not on those frontlines for freedom as guardians.

Our defense discretionary budget is approximately 18% of our overall budget. Nearly 64% of our federal budget is spent on the mandatory spending side encompassing Medicare, Medicaid, Social Security, and the net interest on our ever growing debt. As a percentage of our GDP, defense takes up about 3.2%. Sure, we can find savings in our defense budget. One of the most obvious is to reform our weapons systems acquisition and procurement process – where protection of our IP is paramount. Many believe that we can “afford” to cut back on our manpower requirements because we have a technological edge, advantage. But on this new battlefield, that may just no longer be the case.

If you have not paid requisite attention, there has been a marked increase of cyber-attacks against the United States. This has not just occurred against our military facilities and forces, but has rather been targeted towards our private sector industry, research and development, and institutions of higher learning. In a recent speech delivered to the National Center for Policy Analysis, retired Army Lieutenant General Michael Flynn stated that the Chinese have a Cyber Unit with a manning level of some 800,000. In contrast, our US CYBERCOM has between 10-15,000 manpower, and we all know that cyber is another area of this new battlefield.

What are the dangers?

If you have not noticed, China’s new fighter aircraft has a very marked resemblance to our F-35 fighter. And there is another very dangerous aspect of this new hidden enemy: parts counterfeiting. Several years ago, the U.S. Senate Armed Services Committee (SASC) looked into this very problem. In a year-long investigation the SASC examined some 1,800 cases of counterfeit parts, involving a total of more than 1 million individual counterfeit parts found in the military supply chain -- totally unconscionable.

Some of the critical weapon systems where these counterfeit parts were found include helicopter forward-looking infrared, F-16 hostile tracking radar, portable nuclear identification tools, and aircraft pilot displays. There appears to be a very targeted method for these counterfeit parts. In the report from the SASC, former Chairman Senator Carl Levin stated, “Our report outlines how this flood of counterfeit parts, overwhelmingly from China, threatens our national security, the safety of our troops, and American jobs. It underscores China’s failure to police the blatant market in counterfeit parts -- a failure China should rectify.” Senator John McCain chimed in on the subject, stating, “Our committee’s report makes it abundantly clear that vulnerabilities throughout the defense supply chain allow counterfeit electronic parts to infiltrate critical US military systems, risking our security and the lives of the men and women who protect it.”

The National Center for Policy Analysis has developed the “Provide for the Common Defense, Now!” petition, which advocates for reforming the military acquisition and research and development process to eliminate significant cost overruns and guarantee warfighters receive modern weapon systems on time and under budget. If you stand with us, please sign it.

On this World IP Day we can certainly celebrate the incredible innovations and ingenuity resulting from the indomitable American entrepreneurial spirt. But what we must never forget is that exact same innovative capacity and capability is being targeted, and threatens our national security. If we continue decimating our force structure while the hidden enemy unlawfully usurps our technological advantage on the battlefield -- then we are not ensuring that seminal responsibility to “provide for the common defense.”