Who are the REAL Palestinians? 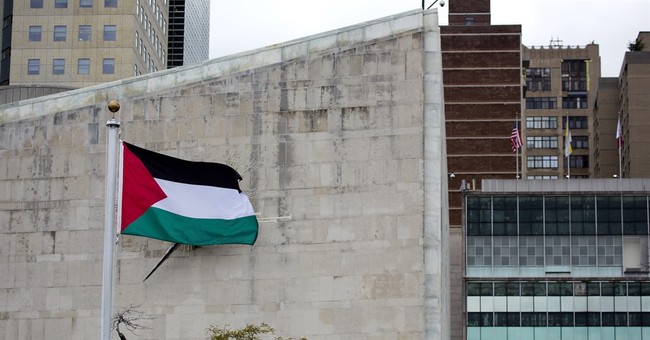 The violence we are witnessing in the Middle East is horrific. Who would have thought in the 21st century we would have beheadings, crucifixions, rapes of women and girls, and the selling of women into slavery. Not to mention ancient historical artifacts destroyed along with ancient civilizations being driven from their ancestral homes.

What is the world’s response? Little to nothing, unless you are Vladimir Putin, who of course is acting out of his own self-serving advancement. Then again, nature abhors a void and will always seek to fill it – such is the case with Russia led by Putin.

The phenomenon that astonishes me is the lack of historical relevance in order to discern the real fault lines in the Middle East. There is nowhere that is more evident than with the current savagery being played out, once again, in Israel. Perhaps it is time to share a little history in order to put all of this into perspective.

We continue to hear the disparaging comments emanating from every corner about “Israeli occupation.” Over time we have witnessed the creation of a “protected class” of people who call themselves “Palestinians.” So let’s ask history: who are the real Palestinians?

When the Romans conquered and “occupied” the land we know as Israel, then referred to as Judea, they decreed the changing of Jerusalem to Aeolia Capitolina. This did not settle well with the patriotic Sons of Israel, call them Zionists if you wish, and therefore a rebellion took place. The rebellion was led by a man named Simon Bar Kokhba in 132 AD.

Roman Emperor Hadrian came to the throne at 118 AD and allowed the Jewish people to return and build their temple after conquest, but he soon reneged upon his word. He decreed that the temple site be moved and actually began deporting Jews to North Africa. Hadrian was not exactly a lover of “foreign religions,” and actually banned some Jewish practices, such as circumcision. The seeds of rebellion were planted and attacks against the Romans increased. Hadrian deployed an additional Roman Legion, the Sixth Ferrata, and dispatched a new Governor of Judea, Tinneius Rufus, who was not exactly kind to the Jewish people. The final straw came circa 132 AD when the Romans sought to build their own city in Jerusalem, named Aeolia Capitolina. It was the straw that broke the camel’s back.

The Bar Kokhba revolt began in 132 AD and lasted until 135 AD, and of course was severely crushed by the Romans. Hadrian had enough and sought to exterminate Judaism, as he felt this was the root cause of this revolt. His decrees were to eradicate Jews and Judaism from the land. He ordered a renaming of the region from Judea to Palaestinia, truly beginning the diaspora for the Jewish people, including their self-deportation to the Arabian Peninsula. The root word of Palaestinia is Philistia, and makes reference to the ancient Philistines who trace their existence back to Greece.

We have come to modify Hadrian’s original naming convention to Palestine and even after the defeat of the Ottoman’s in World War I, anyone residing in the region had a passport issued by the British called Palestine. The lesson to be learned from history is that the people today calling themselves “Palestinians” have nothing to do with the introduction of that term to the region – one that is also called The Levant. The term Levant comes from the Italian reference, “levante” which means “rising.” That term came into existence in the 13th and 14th centuries from Italian sea merchants who traveled along the lands of the eastern Mediterranean Sea and people referred to as “Levantines” were Latin Christians – as designated by the Ottomans.

That area of North Africa is often referred to today as the Maghreb, which comes from the Arabic term Mashriq, meaning “the land where the sun rises.” As well, America conducted its first foreign combat engagement in that same area, which was called the Barbary Coast.

The people we today call Palestinians have been adept at using propaganda to make themselves a special and protected class of people. This is occurring again, as they attack and slaughter Israelis who just seek to live their lives. Sadly, we have western nations who joined in and failed to realize the nature of terrorism. Instead, they preferred to make insidious moral equivalency statements, such as those of State Department Spokesperson John Kirby and his boss Secretary of State John Kerry.

The rhetoric emanating from the Palestinian Authority (Fatah) is not about peaceful coexistence; it is about exterminating the Jewish people, driving them into the sea from their land. Roman Emperor Hadrian sought to do the same, and so many others have throughout history. Finally, after World War II the world who had witnessed the horrors of the Holocaust – and thank God, General Eisenhower ordered the discovery of the concentration camps be photographed and documented. He believed that the world would one day say that it had never happened – we have reached such a day.

What has become of the promise, the commitment the world made of “never again?”

We have sat back and watched an Islamic terrorist organization, which is exactly what the PA (Fatah) is, enact violent attacks one after the other. They have allies in Hamas, Hezbollah, and the PA even has its own militant Islamist forces called Al Aqsa and Al Quds Martyrs Brigade, whom they celebrate along with the individual jihadist suicide bombers who have monuments and squares named after them. And we in the West, who have failed to understand and know history, send them our taxpayer tribute that they use to finance the families of those giving their children for terrorist actions.

The word Palestine has nothing to do with Arabs – it has everything to do with the people who are supposed to be our best ally in the Middle East. You know, the people of Israel, of whom John Kirby equated to the terrorists who are attacking them.