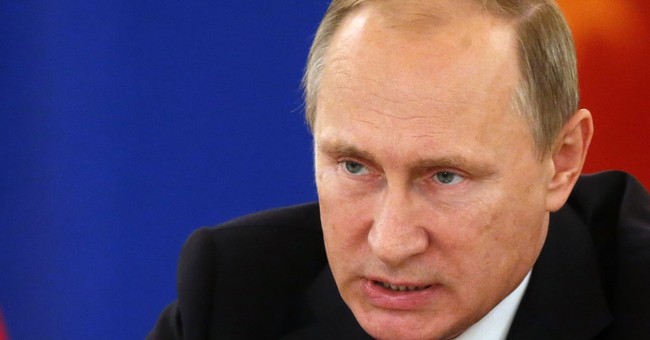 This past Sunday night I decided to watch some war movies, first “The Thin Red Line” and after that it was “American Sniper.” One of my favorite lines in the movie “American Sniper” is the dinner scene when Daddy Kyle explains that there are three types of people – sheep, wolves, and sheepdogs. The statement surrounded a young Chris Kyle coming to the rescue of his younger brother, who was being beaten up by a schoolyard bully.

When I think about the three types of people, it relates exactly to the current geopolitical situation we are facing. It is a situation that the world has faced before and the results then were horrific. The question is, what shall be the result for today?

During the period of 1936-1939 the great Western Powers were still reeling from the “war to end all wars,” World War I. They sought to avoid and evade any semblance of confrontation and escalation of violence. They truly believed that they could engage despots and dictators with the incessant rhetoric of peace. They were the sheep of the day. See, sheep only want one simple thing – to be herded to green pastures and provided safe passage in doing so. They do not want to engage trouble, and will huddle together closer when danger confronts them.

The wolves of that period- Hitler, Mussolini, and Tojo - recognized that their time had come. The sheep sat back and watched their aggressive actions, such as Germany’s rebuilding of its war machine, participation in the Spanish Civil War, taking of the industrial Rhineland, Italian ventures into Ethiopia, the annexation of Austria, Japanese Imperial expansion in Asia, the demands on the Sudetenland (masked under the cover of protecting ethnic Germans). All of this happened, but it wasn’t until the fateful German advance onto Czechoslovakia that the great Western Powers rose up to take action – they sent Neville Chamberlain to talk. A lamb was sent to do dealings with a wolf. Belligerence was met with rhetoric and appeasement.

Chamberlain returned with his signed document, the Munich Accord of 1938, and made the declaration that there would be “peace in our time.” The sheep rejoiced and returned to grazing in their green pastures. The wolves smelled blood, and that only served to create an even more insatiable appetite. By 1939 it had begun: World War II. The soothing lie of peace was nothing more than a hope. It was a hope rooted not in reality but rather in preference.

During all this, there stood one; one sheep dog that was sounding the clarion call. One whose bark was loud but the sheep came together to drown out and disregard his voice. That guard dog was Winston Churchill. Rejected at first, then called upon to safeguard the sheep.

So here we are today in a world that closely resembles that state of affairs then. President Obama leaned over in an off mike moment and conveyed to then Russian President Dmitry Medvedev that “after my reelection tell Vladimir I will have more flexibility.” Former Secretary of State and presidential candidate Hillary Clinton gave Russian Foreign Minister Sergei Lavrov a cute little yellow toy box with a red button and claimed it was the Russian reset button. In the final presidential debate of 2012 when asked about the No. 1 geopolitical threat to America, Gov. Mitt Romney responded: Russia. President Obama ridiculed him with laughter and stated, “the 1980s is calling for its foreign policy back, the cold war is over.” So again, the liberal progressive minions joined together to drown out a guard dog. Sadly the American people, told to believe they were beleaguered and not willing to fight, reelected the sheep.

Now here we are, with Russia having taken the Crimea and former SecDef Chuck Hagel having announced defense cuts and the termination of the A-10 Warthog aircraft. We have Russia invading Ukraine - a sovereign state - because Vladimir Putin stated he wanted to protect ethnic Russians. We have Russian ground troops and combat aircraft conducting operations in Syria – despite Obama’s “red line.”

Similar to the Munich Accord is the Joint Comprehensive Plan of Action, the Iranian nuclear agreement. The sheep tell us that the only alternative is war – and the sheep do not want war, so we must acquiesce to the No. 1 state sponsor of Islamic terrorism in the world. Is there any doubt that Iran now controls Baghdad, Sanaa, Beirut, and Damascus – and now we have Iran’s Quds Force and their proxy army, Hezbollah, operating in Syria under the cover of Russian combat aircraft.

The last time we witnessed an Asian nation make a dedicated effort to build its maritime power was Imperial Japan. Today it is Communist China that is building archipelagos and emplacing military fortifications and airfields along a major sea lane of commerce in the South China Sea. The Japanese diplomatic delegation was in Washington, D.C., right up until the last moment – we just hosted China’s Xi Jinping with all pomp and circumstance.

The wolves then were Germany, Italy, and Japan. The wolves today are Russia, Iran, China, North Korea, and Islamic jihadists. The Western Powers are once again playing the role of sheep. And sadly, it appears that America, once the sheep dog, has joined with the sheep.

Isaiah Chapter Six, Verse Eight asks a very simple question, New International Version (NIV), “Then I heard the voice of the Lord saying, ‘Whom shall I send? And who will go for us?’ And I said, ‘Here am I. Send me!’” That was Isaiah’s response, but who will answer, “Send Me” -- who will be the sheepdog? Who will be the Lion?

Just as Churchill stood up, so did Israel’s Prime Minister Benyamin Netanyahu last week before the UN General Assembly. In a time of sheep and wolves, we saw the Lion of Judah.

Sheep find comfort in the incessant noise of empty rhetoric. Wolves make their howl to instill fear. But sheepdogs stand firm issuing their bark of confidence – and lions roar in defiance, strength, and victory.