The Fallacy of the Participation Trophy 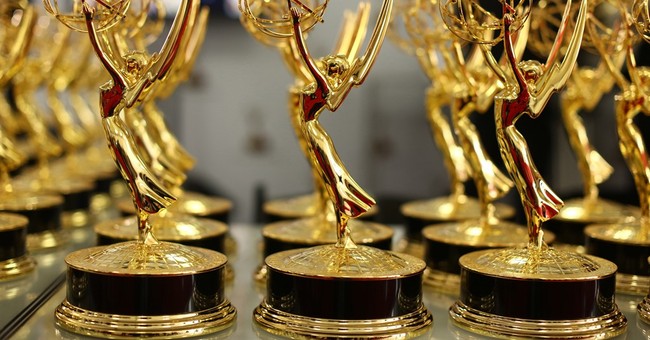 I was in Pittsburgh last week to speak and was bunked down at the historic Duquesne Club downtown. Thursday morning I awoke for a morning run and headed to the riverfront trail. I headed past the home of the Pittsburgh Pirates, who the evening prior had defeated the Arizona Diamondbacks, then past Heinz Field, home of the Steelers. I went on down along the Ohio River and decided to turn around at Peggy’s Harbor.

On the way back as I passed Heinz Field again I was hit with a blinding flash of the obvious.

Earlier last week we learned of the actions of Pittsburgh Steelers linebacker James Harrison who, upon finding out that his two boys had been given “participation” trophies, kindly returned them. His response was that he wanted his sons to experience hard work and the effort necessary to attain a trophy. As I ran back I immediately remembered the words of my Mom which I shared at the beginning of this missive. Pittsburgh prides itself as the “City of Champions.” Championships are earned in the crucible of contest on the field of competition. They have meaning. They are cherished. They are legacies passed on to inspire.

Now of course, the typical news cycle means that the actions of James Harrison only survived at best a 48 hour turn. However, his actions represent a greater cultural issue for America.

The fallacy of the participation trophy has become a philosophy of governance for the liberal progressives of our nation. This mentality has departed our little league fields, where the practice of not keeping score took over. It has now found a place in the actual governing principles, for some, in our republic.

When you hear the rhetoric of wealth redistribution and “paying a fair share,” it is rooted in the belief that someone must pay for others to receive the “participation” trophy. Instead of economic policies that inspire more people to engage in the free enterprise system and the opportunity economy, progressive socialists advance policies to punish the players on the field. When you can stand up and profess in America “if you own a business, you didn’t build that,” it reflects a sense that the sweat from the brow of the individual to produce – to score touchdowns, goals, runs – is no longer regarded. The efforts of those on the field only serves to produce the required resources for some to make “participation” trophies for others.

We are slowly moving away from what the American dream truly represents – creating victors, champions. We have those who through the giving away of the little plastic trophy are making victims.

The liberal progressive governing philosophy is based upon an expansion of dependency; the welfare nanny-state. By doing so, they raise taxes on the producers, the earners, the folks scoring touchdowns for our country. They must do so in order to produce the “participation” trophy that some will place upon their mantle – and it results in a sense of entitlement, and false esteem. But the givers of the little plastic trophy feel good about themselves, at the expense of those from whom they take, by way of redistribution. The result is a reticence by those who are on the field, in the market, because they recognize the diminishing return on their commitment to excellence.

The progressive socialists embrace this principle of egalitarianism and call it “social justice” and fairness. We see it when schools begin to eliminate the recognition of valedictorians and salutatorians to protect the esteem of others because they did not achieve similar excellence. When we punish those who embody Jefferson’s assertion that we have an unalienable right to pursue happiness then we erode the fundamental aspect of the equality of opportunity.

It is then replaced by a government guarantee of happiness, which must be resourced as the goal becomes equality of outcomes.

In the end, the “participation” trophy becomes that which some long for and worship as they lose their sense of individuality, and the ability to seek out their own personal accomplishments.

If the American Republic is to be restored, we must realize the fallacy of the participation trophy. We have to understand as my Mom taught me; that self-esteem comes from doing estimable things like using your own initiative, investment, ingenuity, and innovation to build a business and grow our economy. We fail when the resources and investments necessary for the opportunity economy are usurped and redistributed to a central government in order to produce the inane little plastic trophies.

Constitutional conservatives understand that we do need a safety net, but it is meant to bounce back up and get back into the pursuit of happiness and personal achievement. Progressive socialists feel good about giving away the “participation” trophy, but in the end the metaphorical hammock only expands the welfare state and grows dependency.

In 1964, Ronald Reagan gave a speech entitled “A Time for Choosing.” James Harrison made an important choice for his two boys. What choice shall we make for our children and grandchildren – all for the sake of our country, and their future?

Shall we choose to make a new generation of champions, or advocate for more participants?