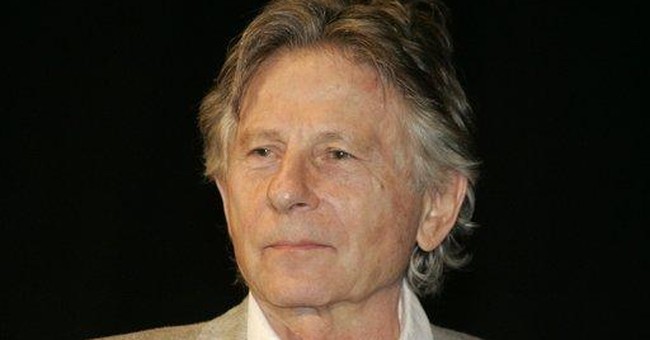 Like all graduates of Lakeland (FL) High School, I am a Dreadnaught. We surely are the only school in America with that odd, but powerful, mascot. The experience of two current Dreadnaughts this week illustrates that America's understanding of sexual conduct involving minors has swung from one end of a pendulum to another. From a 1970's laissez-faire Polanski approach to a fully repressed Victorian renaissance in the 2000's. As a result, in our effort to protect children, we are not only targeting predators, we are targeting almost anyone.

The two Dreadnaughts made news when they participated in an activity known to every high schooler since Socrates. Eric Arce and Kyle Wohlfarth-Simmons, two seniors at Lakeland High, went on a double-date with two girls. The girls' parents knew of the date and gave their permission. Later in the evening, the four students went “parking” in a rural area of orange groves to, uh, enjoy one another's company. All parties agree that a good time was had by all. Until the police arrived.

Upon shining a spotlight into the vehicle, a sheriff's deputy discovered the four in various states of nudity. And the two young men were placed under arrest. Their dates were freshmen or sophomores. One girl was 15 years old, the other 14. Fellow high school students. And minors under Florida state law where the age of consent is 16.

Both young men now face second degree felony charges of lewd battery for sexual contact with someone under the age of 18. Arce also was charged with felony lewd molestation. If convicted, both men could face incarceration for as many as fifteen years. Of course, they will also be registered, likely for life, as sex offenders. Because of the girls' ages, their consent cannot be used as a defense by the young men. In other words, because of their participation in the American tradition of “parking,” two high school seniors now may be planning for prison rather than for college or careers.

Contrast the Dreadnaughts of 2010 with the case of Roman Polanski in 1977. Then 43, Polanski plied a 13-year old girl with champagne and quaaludes, forced himself upon her in various anatomical fashions, and then pled guilty to unlawful sexual intercourse. Without rehearsing the details of the case, suffice it to say that the punishment for such behavior in California was expected to be a sentence of 90 days. Polanski found even that sentence to be extreme and fled the country to avoid serving more time. Now that he is back in custody in Switzerland, this week will mark the 200th day of his “captivity” as he awaits extradition to America some 33 years after the crime.

What does Polanski have to do with the case of two Dreadnaughts? A lot for illustrative purposes. In 1977, a middle-aged man could forcibly rape a 13-year old girl and face barely a slap on the wrist. In 2010, two high school seniors face years in prison and a lifetime wearing the scarlet letter of the sex offender for heavy petting in a parked car with willing participants whose parents knew they were out on a date with seniors. A lifetime of taint for one evening of common high school behavior.

We have come a long way, baby. And one has to ask how, why and whether we might have come too far. Perhaps we have allowed the pendulum of our defense of children to have swung too far. In some cases, we are targeting the wrong people.

In “How Pedophilia Lost Its Cool,” Mary Eberstadt has ably demonstrated one of the few unintended positive by-products of the Catholic molestation scandal. Revulsion from both conservatives and liberals at the sexual misbehavior of priests has provoked serious response in many ways. First, schools, churches and youth organizations all take far more seriously now their sacred trust to care for the well-being of children. Second, in contrast to Europe, whose attitudes toward adult-child sex can best be described as indifferent, Americans of all categories have rallied around the cause of the young and the innocent in a remarkable way. Finally, over the past decade or so, legislators have passed stringent laws regarding sexual crimes and activity, particularly in the area of sexual activity with minors.

In some cases, one must ask if the legislators have not acted too swiftly, too broadly and too severely without carefully considering some of the nuances of their sweeping new laws. Some of these laws have been written in the heat of the moment and their lack of accounting for some of the details reveals legislators blinded by emotion in reaction to our previous existence where we were too lax about sexual activity with minors. In some states, draconian residency requirements have driven sexual offenders underground for lack of ability to find a legal place to live. Studies demonstrate that a stable home is one of the greatest aids in preventing recidivism, but severe laws have unintentionally made a stable home nearly impossible for sexual offenders of all kinds.

In other cases, hasty attempts by many state legislatures to go back and add “Romeo and Juliet” provisions to sexual offender laws to recognize that adolescents will be adolescents reveal that law-makers may have acted before having thoroughly thought through the ramifications of their new laws. Often, many of these laws have been written and enacted more out of political chest-thumping about being tough on sex criminals than out of careful moral and legal reasoning. More rabid hysteria than thoughtful law-making.

To be sure, with very few exceptions (outside Hollywood), nearly all Americans agree that a more rigorous protection of children is healthy and good. Almost all Americans support the strong prosecution of violent sex offenders and heinous molesters.

The problem arises when the laws have been written with such broad strokes that they lump all sex offenders into the category of the heinous and the violent. A serial pedophile is very different from a high school student parked in a car with his girlfriend with the full knowledge of her parents. The former can be described as statistically unusual while the latter can be described as commonplace.

In every American generation, parents have discussed and debated the merits of allowing seniors to date freshmen or sophomores. Some parents see no problem; others impose limits on the age differential in dating their child. In every generation, mothers and fathers have sat with their teenage children to impart wisdom on boundaries, good behavior and morals.

Now those same conversations must include coaching on the legal statutes of the home state. “Son, be careful on your date tonight with your fellow high school student. If you hold hands, you should be in good shape. But if you touch here or kiss there, our next conversation may be held in the county jail.” Parental coaching conversations have risen to the level of providing legal counsel. A new era for high school dating to say the least.

This most recent case in Lakeland illustrates the point. With the charges facing Arce and Wohlfarth-Simmons, it is clear that, in our well-intentioned effort to protect children, we have not taken enough care to consider that sexual activity occurs in a variety of circumstances. Some of those circumstances may be wrong but are certainly not criminal. The pendulum has swung too far.