How Scott Brown Got it Right 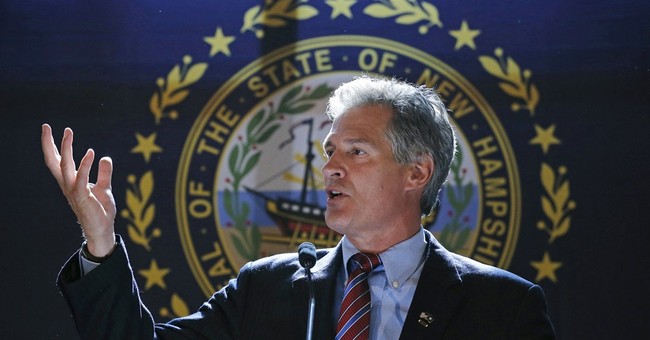 The contrast between New Hampshire’s two candidates for U.S. Senate couldn’t have been clearer this past weekend. In one town, Senator Jeanne Shaheen spoke to the International Brotherhood Of Electrical Workers over a pancake breakfast, and in another, former Senator Scott Brown received a rowdy and enthusiastic reception at a tailgate organized by College Republicans at the University of New Hampshire.

It sounds like a normal weekend in October, so why the significance? I can’t help but marvel at the juxtaposition: a traditional, pre-planned campaign event with the candidate as the main attraction and the other, a tailgate loosely organized mainly through text messages and social media, where the candidate dropped in to greet students. Here’s why it matters: the former represents the campaigns of Republicans’ past, while the latter exemplifies where we need to go in the future.

I understand the appeal (in theory) of the pancake breakfast: it’s a tame crowd contained within four walls, thus mitigating the possibility for the kind of unscripted moments that have sunk entire campaigns. In the age of smartphones and sophisticated research entities employing hundreds of trackers, however, is this still a reasonable expectation? We’re living in an age where just about anyone is capable of capturing the next Bruce Braley-“[just] a farmer from Iowa” gaffe at any time. And yet, it is precisely this fear – however unsubstantiated – that keeps our candidates away from campuses.

It means something to this generation when candidates come to their communities to talk to them. It’s what shows newly minted voters that our Party believes that their votes are worth earning; it’s what helps College Republicans and other conservative students expand their influence despite the pervasive liberalism in academia, and it’s what will help us win back points in the all-important “cares about people like me” category.

Reaching older voters is certainly important and this is where Republicans excel. We reach these generations with a great deal of thought put into television, radio, direct mail, and calls to landline phones, as well as relevant community events. In fact, I think we can all agree that as a function of both strategy and magnanimity, our Party should always aim to reach voters where they are. This, however, must necessarily include millennials, who decided the last presidential election and are playing a key role in midterm races. A candidate who doesn’t take money out of the budget or time out of the schedule to reach young voters presents much more than just a practical problem for our Party; it signals a dereliction of duty in passing our principles on to the next generation.

Scott Brown and his campaign team ought to be commended for getting it right. He came to campus with an open and artless demeanor and started a dialogue with young voters. When extraneous and inappropriate remarks were made in the raucous crowd (a foreseeable hazard of being on a college campus, and not at a College Republican event, I might add), his campaign appropriately condemned them, but didn’t allow it to detract from the prevailing message: Scott Brown is committed to reaching all of New Hampshire’s voters. I couldn’t be prouder of his courage to reach my generation in an unconventional way.

A campus by its nature is a loud and colorful kind of place – an energetic environment that should be enticing to candidates and campaigns, not objectionable. Millennials generally agree with our Party about limiting the size and scope of government and they become more disenchanted with President Obama and Democrats by the day. While they’re not entirely sold on Republicans, it’s because we have not made our pitch directly to them. With less than three weeks to go before the election and most of our elections being decided on the margins, my advice to candidates is to be bold, be disruptive, and go where young voters are – online and on campus. We can help.