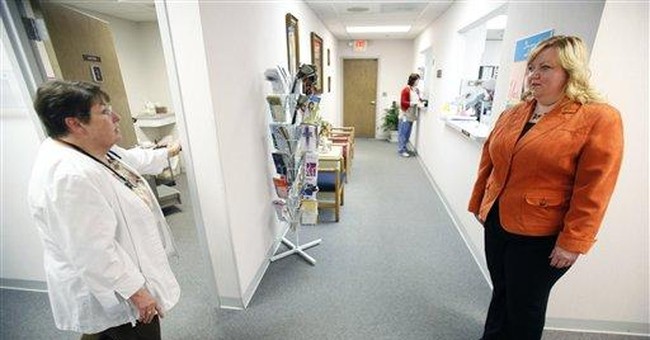 Although popular opinion has been turning steadily against Planned Parenthood and their allies over the course of the last 20 years, the culture of death continues to seek and proselytize new adherents in pervasive and destructive ways. With their success, human life has been cheapened to such a degree that news stories about sex and death which our grandparents would have found heinous, don’t even make us blink today.

For example, in April 2005, a 19-year-old teenager in Canada became pregnant. She hid the pregnancy from her parents and secretly gave birth to a son in her parents’ basement. Immediately thereafter, she strangled the child to death so he wouldn’t make any noise. She then went outside and threw the body over the fence, where it was later discovered.

In that same year, a 16-year-old Michigan boy repeatedly hit his pregnant 16-year-old girlfriend in the stomach with a small baseball bat in hopes of killing their baby: he succeeded. Eric Smith, the county prosecutor in the county where the crime happened, said, “The length at which these two 16-year-olds went to abort this unborn child is disturbing.”

Of course, what’s profoundly troubling is that representatives of the culture of death were more disturbed the abortion was done externally with a bat instead of internally via Planned Parenthood scalpels and vacuum devices. As Lori Lamerand, president and CEO at Planned Parenthood of Mid and South Michigan put it, “It’s always tragic when people resort to such drastic measures, when there are appropriate, safe medical measures available.”

The actions of the Canadian mother and the Michigan couple demand more than sorrow over how they killed their children. They demand sorrow over the fact that death was even viewed as solution by these young parents to begin with. Yet Planned Parenthood and its fellow travelers encourage our youth to view fetal death as a good “option” via web-based propaganda outlets like Teenwire.org and the texting campaign Planned Parenthood has undertaken to reach out to children as young as 14. Or, as one Planned Parenthood affiliate did, launching a “Tell a Friend” marketing program that offered free movie tickets and a chance to win an I-Pod as a reward for teenagers referring friends to Planned Parenthood for their “services.”

At Planned Parenthood’s Teenwire.org, the assumption is that young mothers will choose abortion. So, after a little lip service to those who “think [they] might continue the pregnancy,” the tone on the site quickly switches to, “If you’re considering abortion, you should make a decision as soon as possible. Abortion is very safe, but the risks increase the longer a pregnancy goes on.”

In that one sentence, vulnerable, young women, desperate for truth and open to the power of suggestion, are essentially told carrying a live child is risky but “abortion is safe” without any caveats or stipulations. No mention is made of the ties between abortion and breast cancer or abortion and depression, nor is mention made of the lifelong torment of post-abortive women after it’s way too late.

There is no excuse for taking a human life in cold blood, but there must be sympathy for teenagers in crisis who find themselves thoroughly seduced by the Planned Parenthood mantra—the mantra that the only value humans possess is the value other humans place on them, not the intrinsic value they have as a human person.

We must remain relentless in our fight against Planned Parenthood and its grand deception on the one hand, yet compassionate in outreach to those whom Planned Parenthood has misled on the other. The lives that need to be protected from these abortion profiteers are both inside and outside the womb.

A Permanent Mask Mandate? One State Is Considering It
Leah Barkoukis

Leah Barkoukis
Liz Cheney Keeps Shooting Herself in the Foot
Matt Vespa
As Maxine Waters Calls for Riots in the Streets to Continue, Minnesota National Guardsmen Shot At
Rebecca Downs
PBS Poll Claiming Americans Reject Transgender Legislation is Full of 'Euphemisms to Prevent Understanding'
Rebecca Downs
The Responses To This Slate Writer's Call To End Outdoor Masking Tell You All You Need To Know About The Left
Scott Morefield