School Choice Can Bridge the Gap 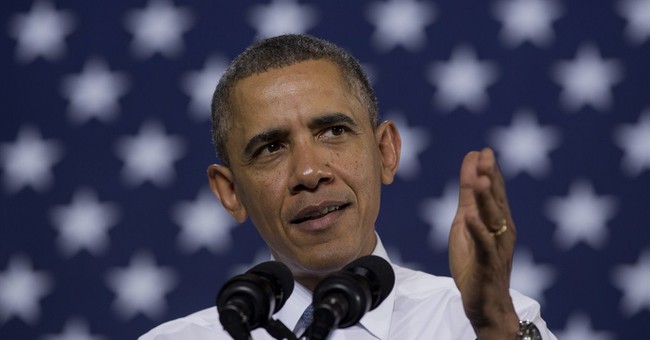 In his State of the Union Address, President Obama continued to hammer home a point that will likely be a central tenet of Democratic campaigns in 2014 – “income inequality.” The President and his party seem to believe income inequality can be solved with a simple wave of the big government wand. But income inequality is the symptom of many other issues, one of which is education. Millions of children are being deprived the chance at a great education and the subsequent social mobility. If the President is serious about creating opportunity, he will support, rather than fight, school choice programs that improve outcomes for poor and minority students.

Too many children, especially in minority communities and dangerous low-income neighborhoods, are condemned to failing government-run schools. No student should be forced to attend an underperforming school because of his or her zip-code or inability to afford private school tuition.

Charter schools have undoubtedly been the most successful education reform. Free from many of the restrictions of traditional public schools, charters allow greater flexibility in tailoring education. Opportunity scholarships, tax credits, and education savings accounts give parents the power to choose and spend money on schools they would not otherwise be able to afford. These initiatives force all schools to compete, since each time a student leaves a school, that school loses funding. Across the board, competition creates incentive to produce a better product, and our children’s education should be no different.

School choice reforms have proven repeatedly successful, especially in areas of the country where it was needed most. The Success Academy Charter Schools in New York City’s poorest neighborhoods are some of the best schools in the state. In 2012, 97% of Academy students passed the math section, 88% passed the English section, and 100% passed the science section of New York’s student assessment test. Right here in the nation’s capital, 91% of students in the DC Opportunity Scholarship Program graduated high school, almost 30% higher than the city’s public school rate.

Despite the widespread appeal of educational freedom, the Obama administration has continually fought school choice. In his 2009 budget proposal, President Obama tried to cut all funding from the DC Opportunity Scholarship program and prohibit any new students from receiving scholarships. Last year, the administration filed suit against the State of Louisiana for their school choice program (but have fortunately dropped the lawsuit since). At the same time, outside opponents of school choice unsuccessfully poured millions of dollars into a campaign against the reform-minded Douglas County, Colorado school board. These attempts to protect poor-performing teachers from competition and accountability put special interests before students.

Some critics are upset that school choice initiatives can allow parents to send their children to religious institutions, citing laws that prohibit government funds form “benefiting” such organizations. However, this complaint ignores the fact that people’s tax dollars are used to send children to religiously affiliated preschools, universities, and graduate schools. There is no reason students in K-12 should not be afforded the same opportunity.

Leaders on both sides acknowledge the need for education reform. But alternatives to school choice that focus on more government spending and more bureaucratic involvement have not proven successful. President Obama calls for universal preschool, despite the fact that “Head Start,” the government-centric pre-school program for poor children, hasn’t succeeded in creating better outcomes for students. Health and Human Services concluded that it provides no discernable benefits after the third grade. Progressives also call for more funding. After adjusting for inflation, schools spend more than twice what they did in 1983, but the graduation rate has improved less than two percent. Finally, increasing numbers of educators and parents are realizing that federally-developed programs like Common Core and No Child Left Behind will not improve our education system.

America agrees with President Obama when he says that every child deserves the chance to receive a world-class education and the opportunity to be better off than his or her parents. If he is true to his word and to the American people, he will abandon failed, expensive, government-centric reforms to education and embrace the expansion of educational freedom for parents through school choice.